Gardening: a seat with a view 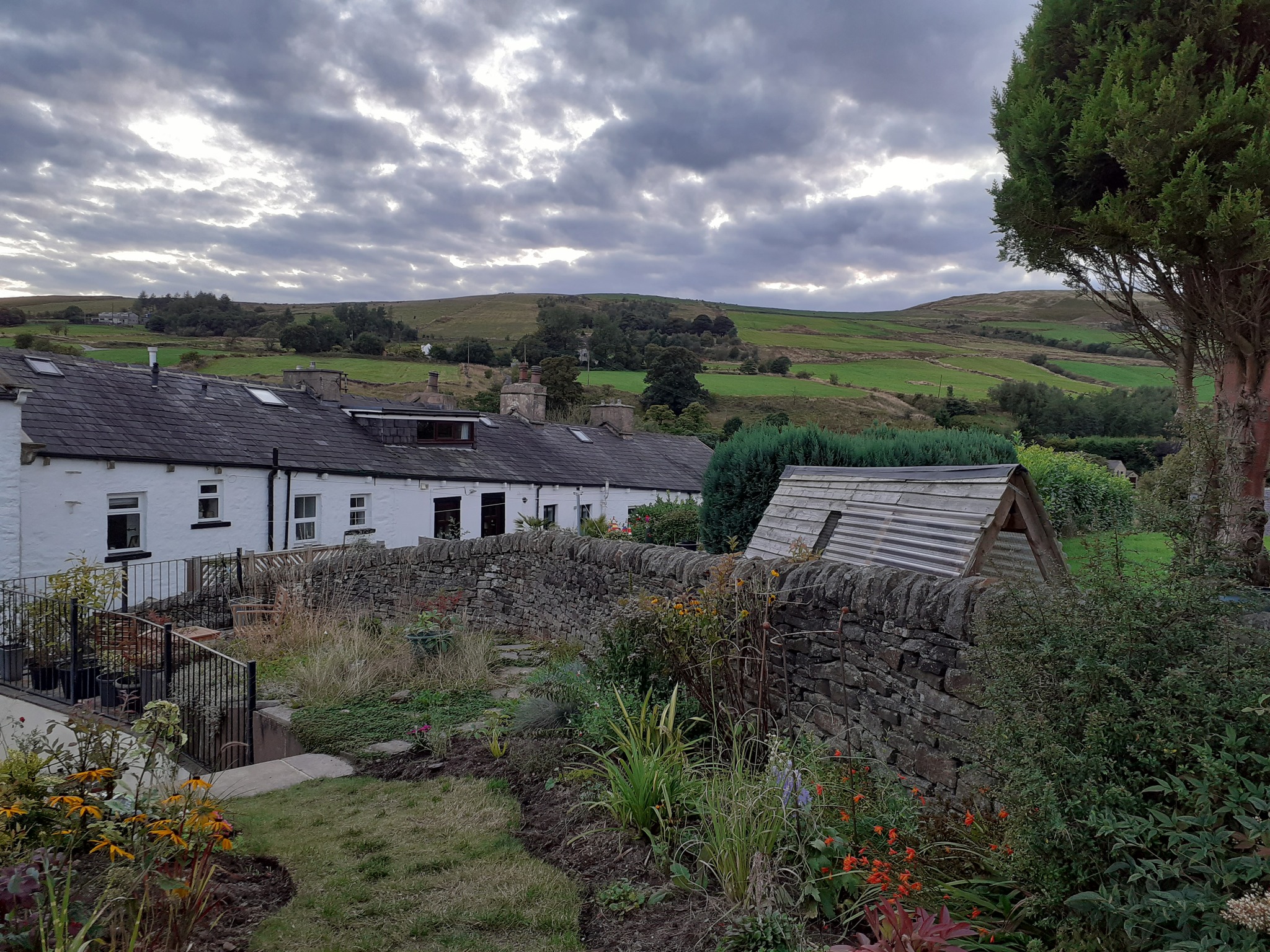 In E. M. Forster’s 1908 novel A Room with a View, while on holiday in Florence Lucy Honeychurch and her cousin Charlotte are unhappy with rooms that look out over a courtyard instead of the River Arno. Luckily for them, a fellow guest offers to swap accommodation, thereby granting the two women a room with a view.

Views are important though, aren’t they? Why else would property developers make squillions of pounds from houses, apartments and penthouses boasting vistas of water, valleys and hills? The interiors of our homes are special but so is what we see through the windows and, if we’re lucky enough to have outside space, from our gardens.

In my last article about my ongoing efforts to forge a garden from a plot of land hewn out of a Northern slope, I wrote about creating borders strewn with rocks, glass, stones, and shards of slate. It was gruelling graft, and I finally admitted defeat and hired a local guy to help dig holes for new plants and tame my strip of lawn. 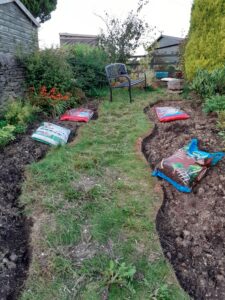 Little did I know that this was the tip of the iceberg. Ever since I moved to Lancashire proper a year and a half ago, I’ve wanted to make the most of every aspect of the garden. My immediate outside space, just beyond the back door, is an enclosed courtyard, perfect for a bench and a morning cuppa.

Once up the imposing flight of Indian sandstone (my neighbour calls it the Spanish Steps) and you’re on the cusp of a narrow lawn which winds its way up to an ancient plum tree. To the left is a rockery, which has obviously been doing its own thing for years, and a patio which I’ve customised with a couple of chairs and a low table. On clear days, a view across to the hills beyond suffuses me with happiness.

But the top of the garden had clearly been neglected by the property’s previous owner. A confusion of stone flags and rough-hewn rocks lay in a higgledy-piggledy formation, and weeds protruded through the gaps. In the small space behind, a riot of weeds obscured any original planting.

The fruit tree was doing its best to survive, along with a handful of unrecognisable shrubs. I applaud self-seeding plants and am loath to uproot anything that has an unbendable will to survive, but even I could see that something needed to be done.

As well as sorting out the mess, I wanted to make the most of the surrounding sweeping landscape. As garden-owners know, you are largely dependent on existing boundaries, what has been planted before, and what your neighbours have done in previous years. Yes, you can make your own decisions planting-wise, but being considerate of those around you is, I would argue, pretty important.

With all this in mind, I set about designing a small seating area at the highest point of the garden. And I really mean small. With half of the lawn already dug out to allow for deep borders filled (in good time) with hardy perennials, I was determined to fashion an intimate space which would fill my heart with gladness even on the most blustery of Northern days.

My plans were modest – a piece of ground barely wider than a two-seater bench and just enough for me, a pal and perhaps a cat or two. So far, so good. 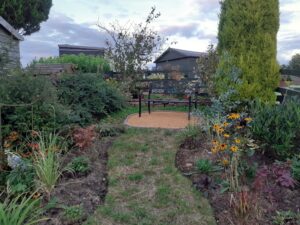 I’ve watched enough episodes of Grand Designs to know that self-builds can be fraught with problems. But a teeny-tiny seating space? I soon discovered that even that needs military planning.

After some considerable time on the internet, I ordered unfeasibly large amounts of various materials including self-binding gravel and MOT sub-base. When it all finally arrived, the lorry caused a traffic jam on my road, not helped by the driver refusing to offload my order in case its sheer weight caused it to cannon down the street.

Two days and two back-breaking shifts by my gardener later and this compact and bijou seating area was nearly done. I’d been to mum’s a few times to load the car with (her) surplus bricks for the border, hefting them up my Spanish Steps. To this day, I find it hard to believe that such a gargantuan amount of materials was required for a wee bound-gravel circle at the crest of the garden.

But was it worth it? Yes, yes and thrice yes. As I meander up the windy grass path, pottering about in the newly planted borders on my way to a cast iron bench overlooking Lancashire green pastures brimming with sheep and cows, I can’t believe that this is my home. As the evening draws in, I look up and thank my lucky stars. 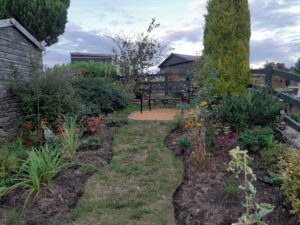 Words and Images by Helen Nugent, Editor of Northern Soul

This article first appeared in Catena 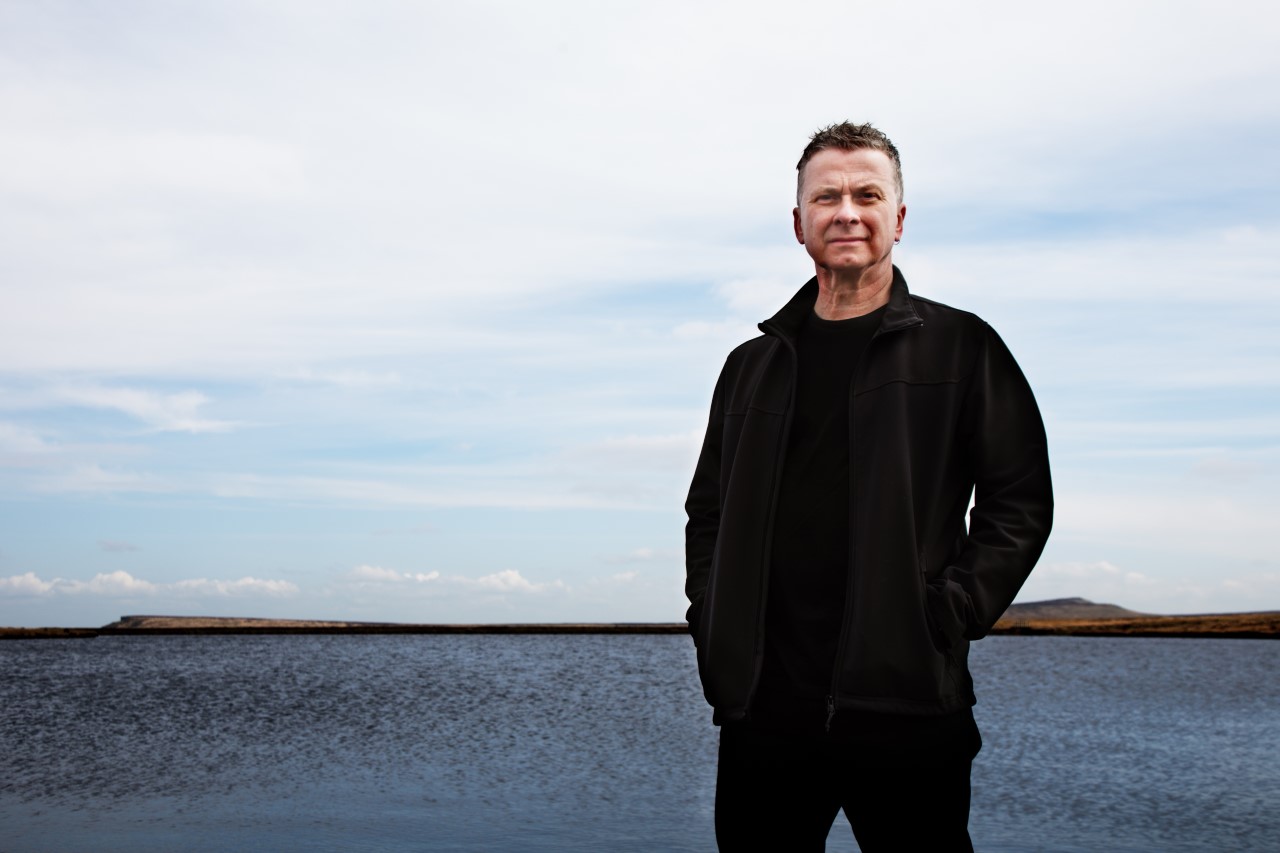 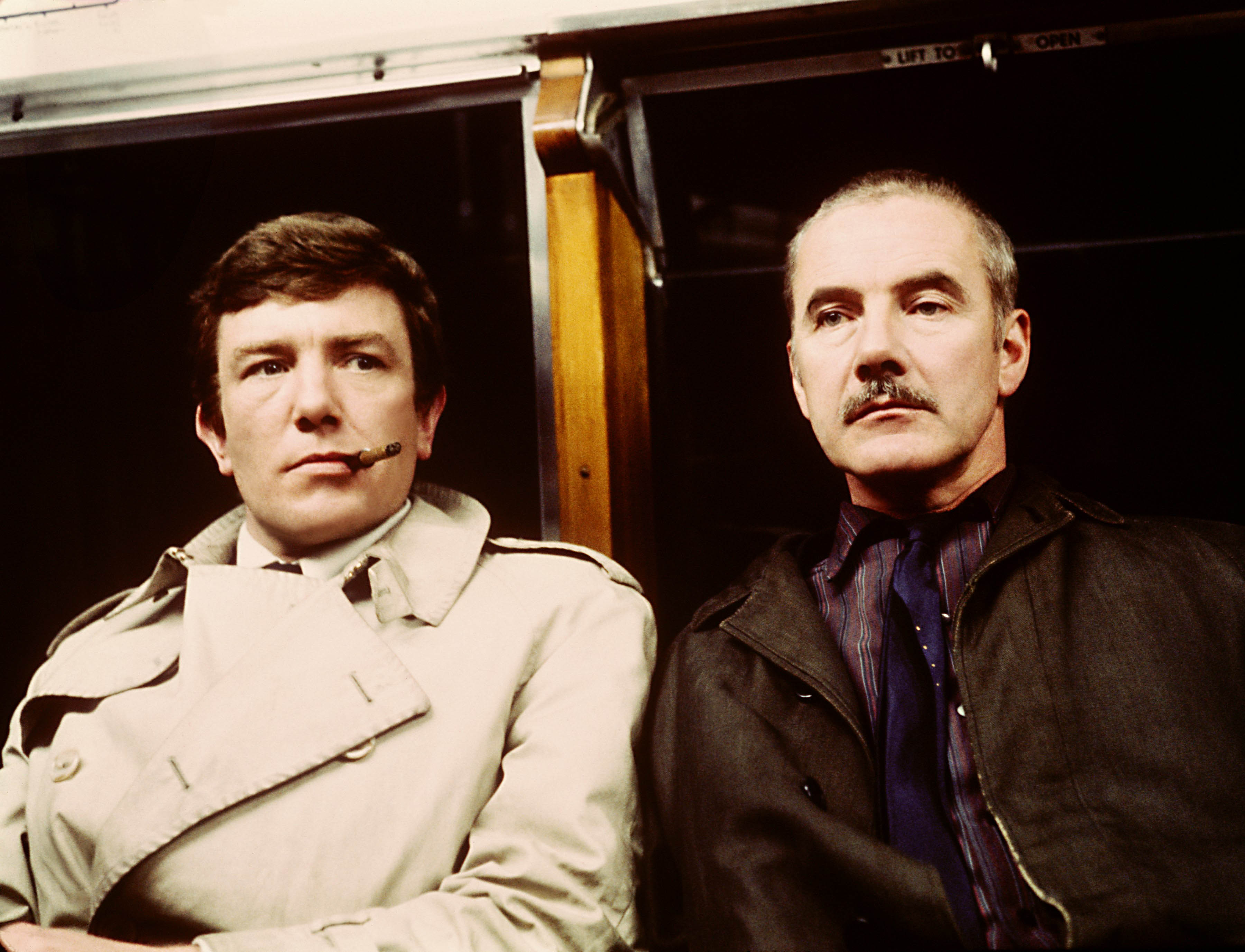 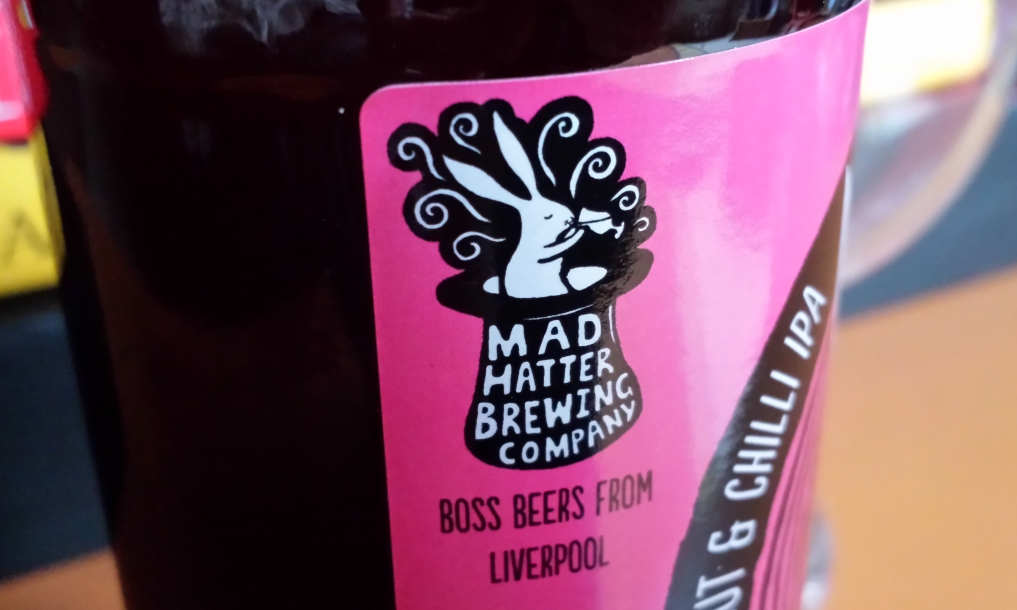 Brew North: A Night Out by the Mad Hatter Brewing Company 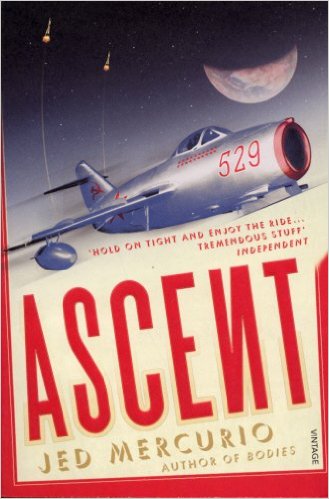