Granada @ 60: a celebration of Granadaland

There are many candidates which could lay claim to being the North’s most iconic landmark, from football stadiums to stately homes. Surely a strong contender, though, is the old Granada studios building on Quay Street in Manchester, its distintive bright red logo – in the Stymie Black Italic font, if you’re wondering – instantly recognisable to generations of TV viewers.

Granada Television first began broadcasting on the ITV network back in May 1956, and so this year marks its 60th anniversary. Granada’s impact within the world of British television has been enormous. It’s also been curiously unifying. Many of those living within the region’s catchment area would cheerfully identify themselves as having grown up in Granadaland.

One such person is Gareth Kavanagh. He tells Northern Soul: “I’m from Llandudno in North Wales, so we were right on the borderland of Granadaland. We watched all of Granada and Granada News growing up, and in a strange way Manchester and Liverpool felt closer than bits of rural Wales which were only 20 miles away. So Granada has always been my telly, from those schools programmes in the morning through to a genial goodnight from [long-time Granada continuity announcer] Charles Foster. It’s been there from start to finish every day.” 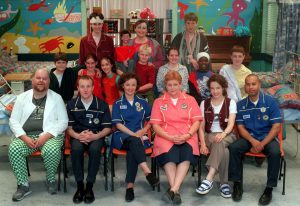 In later life Kavanagh became the landlord of the Lass O’Gowrie pub in Manchester city centre. As a sideline, he developed a series of events there celebrating his beloved TV shows. “One of the first things I did when I had the Lass O’Gowrie was a couple of events around Coronation Street‘s 50th birthday, back in 2010. We showed the tram crash episode and the live episode on the big screen and we did a little Coronation Street event, a ‘Corriefest’. A couple of years after that, we did live promenade stagings of a couple of Coronation Street episodes from the 60s. I got hold of some of [celebrated Manchester-born scriptwriter] Jack Rosenthal’s scripts for the show and we staged them in the ground floor of the pub.”

Now, working in partnership with HOME, Kavanagh has curated Granada @ 60, a special series of events to mark the company’s big anniversary. The first event, on December 3, is a retrospective look at the company’s children’s output. Special guests on the day will include Russell T Davies, who spent many of the formative years of his career working for Granada.

“I’ve always tried to get Russell to events over the years and he’s always very busy,” says Kavanagh. “When I offered him the chance to come to this, I said, ‘look, it’s not about Doctor Who, it’s not Queer as Folk, it’s Granada, it’s something different’, and he absolutely jumped at it.”

Back in the day, Davies was as a writer and producer for Granada’s long-running children’s drama show Children’s Ward (aka, briefly, The Ward). In 1996, he wrote the show’s 100th episode – not a glitzy back-slapping celebration, but a genuinely hard-hitting look at the dangers to young people of the then new-fangled internet. The episode went on to win a BAFTA for Children’s Drama, and it will be screened at the event in the presence of the full team who won the award – producer Kieran Roberts, director Beryl Richards, and Davies himself. Also attending will be actors Jane Danson and Andrew Knott, two Children’s Ward graduates who are now very familiar TV faces.

“Russell told me that he can’t wait to watched this episode again. He still considers it one of the best things he’s ever written. That’s amazing for a small piece of children’s TV from 20 years ago.”

Also screening on the day is a series of Granada kids’ TV clips curated by the BFI’s specialist for young audiences, Justin Johnston, as well as a full edition of Clapperboard, Granada’s junior film programme which ran from for ten years from 1972. The edition in question, from May 1980, covers the release of The Empire Strikes Back and the show’s regular presenter, Chris Kelly, will be there to discuss it. 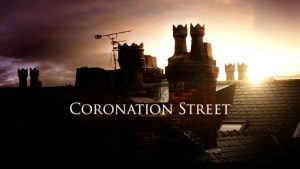 “It took us a long time to track him down but we’ve got Chris coming up from Devon for this,” Kavanagh says. “He was one of the most famous voices on TV in the 80s as well as a presenter on Wish You Were Here..? and Food and Drink.”

Later in the month, on December 11, another event at HOME will celebrate World in Action, Granada’s legendary current affairs documentary series. For more than 30 years, George Jesse Turner was the show’s main camera operator, and he will be at the event to show and discuss two hand-picked editions of World in Action. The first is Last Week in Biafra.

Kavanagh explains: “It’s a film which they shot in Biafra, which is now part of Nigeria, on Christmas Day 1969. They got the footage out and edited and that went out on New Year’s Eve 1969. It’s a very powerful piece about all the poverty and the civil war that was going on in that part of the world. George said that was a very special World in Action for him.”

The second part of the pairing is Colonel Rauff’s Refuge, which was first broadcast in August 1983. “The World in Action team actually tracked down a Nazi war criminal in Chile and George and his team spent over a week in a hide waiting for this guy to come past. One day, he finally did.”

Sometimes Granada’s exceptional track record in the field of factual television gets overlooked, and Kavanagh feels it deserves full due credit. “Oh, it’s some of the best work they did. I remember reading Jeremy Paxman saying that he applied to join the World in Action team three times in the 70s and 80s and got turned down every time. For them, in their industry, World in Action was the gold standard. They were doing that quality of work week in, week out, so it’s really important that we’re sharing that.” 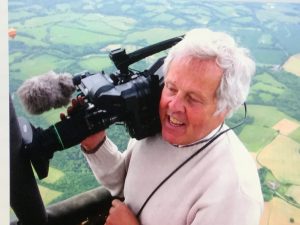 Finally, on Monday 12 December, HOME will host an event celebrating the show that Kavanagh calls “Granada’s greatest and most enduring popular drama”, Coronation Street. Special guest for the first half will be scriptwriter John Stevenson, who wrote a grand total of 447 episodes of the series between 1976 and 2006.

“We’ve got a clips package that John will be taking us through, of some of his favourite moments. And this is missing from the ITV archives, but we’ve got a special scene that John wrote which went out as part of the 1990 ITV Telethon, which is Hilda Ogden’s return to the Street, and which we’re showing in honour of Jean Alexander [who played Hilda and who died in October this year]. It’s like a seven minute mini-drama. It’s a really beautiful bit of writing.”

For the second half of this Coronation Street 2016 event, guests will include Kieran Roberts, now the show’s executive producer, and a smattering of current writers and stars.

“They’ll be talking about Coronation Street today and we’ll be hopefully getting some sneak previews of what’s to come for Christmas. So the event is looking ahead and it’s also looking back. One of the things that we were obviously all keen to show with this is that Granada still exists.”

Indeed, Granada is now a major national shareholder in ITV plc, and as its identity was subsumed into the network as a whole, the name ‘Granada’ itself began to be used less and less. It’s now been more than three years since the company relocated from its Quay Street home to new studios in Salford’s MediaCity. “It might not be called Granada any more, but it’s part of the ITV network. They’re continuing to do good work and Coronation Street is like the lettering in the stick of rock that runs through it.”

A key part of Granada’s overall legacy, then, is that it proved that top-notch television shows could be produced outside London. In fact, they thrived on the fact.

“Actually, I think Granada always saw itself as a cut above the London studios and certainly saw itself as the queen bee of the ITV network. Being in Manchester and doing good work here didn’t seem to be a problem for them .”

The Granada @ 60 events will run at HOME in Manchester throughout early December. More details here: