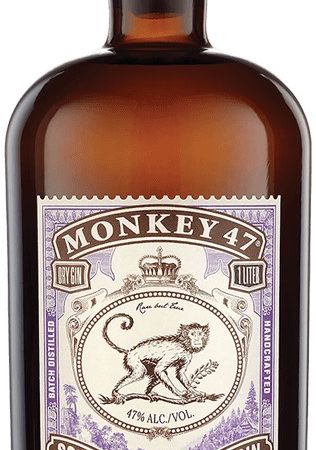 Every time I pull into Leeds Station I look out for the three Italian towers. Over the years they have become increasingly hard to spot among the plain, anonymous new-builds along the Leeds Liverpool Canal, and I suspect they will be lost forever one day.

Known as the Tower Works, they were built in 1866 for T. R. Harding who made steel pins for the textile trade. Thomas Harding so loved Italian Renaissance architecture that he asked the architects to base his factory design on three towers from Verona, San Gimignano and Florence. The largest is based on Giotto’s Campanile. I love them because they remind me of the eccentricity of life. Doing things for the love of the thing and bugger the cost or what people think, though Harding had his made in brick and not marble as in Florence. I am here because I am drawn to another of life’s eccentricities, Monkey 47 Gin. 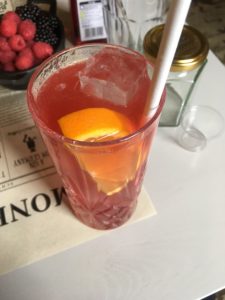 The story of Monkey 47 Gin begins at the end of World War Two and Wing Commander Monty Collins who was so distraught at the destruction of Berlin that he vowed to stay and help rebuild it. His efforts focused on the zoo where he fell in with Max, an egret monkey- so we have the ‘monkey’, the 47 refers to the number of botanicals contained therein. The story is taken up by Alexander Stein. Then boss of Nokia, Stein was intrigued by the discovery of a recipe of ‘Max the Monkey Schwarzwald Dry Gin’ found in the Black Forest from the last project of Monty Collins in memory of Max. He was so taken with the eccentric story that he developed Monkey 47 based on that recipe.

I am at the newly decorated and well appointed Bill’s Restaurant in Leeds to sample Monkey 47. I am greeted by the ever hospitable Tessa from Bill’s and Jack, brand ambassador from Monkey 47. They ensured that the assembled company were never left dry or bored by the evening’s events. I am also met by a long glass of a yet unnamed cocktail comprising gin, rhubarb syrup, a dash of orange bitters and a cinnamon shrub (more of which later). Jack, its inventor, suggests ‘a Long Cosmo’ and I agree. It is pinkish, cold and sweet but tall, a perfect name. 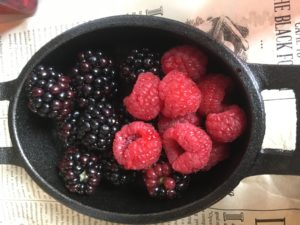 Jack, with huge dollops of energy, tells us the story of Monkey 47 Gin as we taste an unadorned glass or two of the stuff. It is deep, complex and strong with a long lavender and citrus finish, The 47 botanicals also include angelica, coriander, elderflower, hibiscus, citron verbena, pimento and spruce. It packs a mighty 47 per cent proof punch.

To soak up the gin, we are reinforced with sharing plates of moist chicken skewers, onion rings, halloumi and a tasty cauliflower before being shown how to make a fruit shrub. Throughout the evening I’d been taken with the bowls of raspberries and blackberries on the table, nibbling away at them in between gulps of the glorious gin. To my embarrassment, I now find they are to form the ‘fruit’ basis of my fruit shrub. A shrub is a mixture, in equal parts, of sugar, wine vinegar and fruit made to enhance a variety of drinks. My effort was a bit short on fruit but tasty nonetheless.

It had been a wonderfully entertaining evening full of informative imbibing. My thanks go to Tessa, Jack, Bill’s, Monty, Max the monkey, Alexander and not forgetting, Monkey 47 Gin. I wave goodbye to the Tower Works as my train passes and I remember that I’ve forgotten my somewhat fruitless fruit shrub. But I also remember to thank God for life’s eccentrics and their eccentricities. 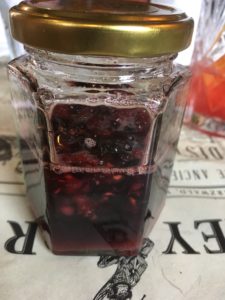