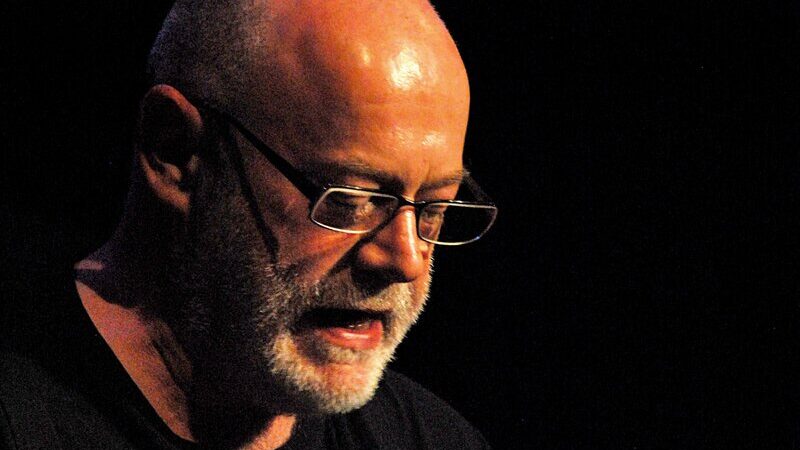 Ian Duhig grew up with poetry. His Irish mother recited reams of it.

“Constantly,” Duhig says. “She was taught to learn it by heart at school.”

The eighth of 11 children, his Irish parents emigrated to London. “If you come from an Irish community, and a working class Irish family,” says Duhig, “poetry and song is highly valued.”

Before becoming a full-time poet, Duhig, who is this year’s Ilkley Literature Festival’s Poet in Residence, worked with the homeless for 15 years, including in Leeds with young offenders, in London with drug users and in Belfast during the Troubles (“It was hairy, but I did learn a lot about Irish poetry over there.”). In York, he oversaw all the single homelessness services in the city.

“Homelessness struck me. Walking around cities you were looking at people with no means of support. Vulnerable to everything. To the weather, to abuse. So, I was interested in doing something about it.”

His career choice wasn’t by chance. “I suppose I was aware of our family’s vulnerability to it. For any immigrants, there is that anxiety that if you lose your home, what will happen to you? You will lose everything, you’ll lose your family.”

In London, his family were given a council house, which “was an amazing step” and offered some security. He berates the selling off of council homes in the 1980s and 1990s to private landlords. Homelessness is a situation, Duhig says, that can happen to any of us.

“People often lose their homes by accident. Their marriage breaks up, or their business goes bust. We worked a lot with ex-soldiers. In the army, all your needs are catered for in every way. It’s not an easy life, but it’s a complete life. Coming out, people often have difficulty getting accommodation or work together. There are all sorts of reasons people can end up on the street. The bottom line is you’re on the street, and I wanted to work on the bottom line.” 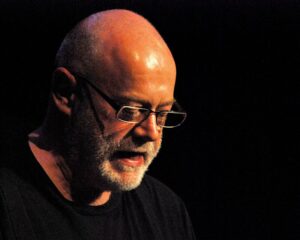 That crusading impulse seeps into his writing. He’s written a play and poetry on the case of David Oluwale, a homeless Nigerian immigrant in Leeds, who died in 1969 after a campaign of persecution by police.

Duhig says: “The first job I had in Leeds was at Hepworth’s Cloth Warehouse. The head of security was Ken Kitching, he was one of the two policemen jailed for the assault of David. I’ve been haunted since by the story of David, and I’m still involved in the David Oluwale Memorial Association.”

The transition into becoming a poet began when Duhig was working with the homeless in York. “There was a famous folk pub next door, the White Swan, and they barred all our staff and residents. I would listen to them sing folk songs, like I am a Jolly Beggar Man, knowing if any of ours went in they’d call the police.

“I started writing songs to those tunes coming through the wall, writing new words related to our clients. It was when I was there that I won the National Poetry Competition, which was the beginning of it becoming possible to actually be a writer, more or less, full-time.”

He has won the National Poetry Competition twice, scooped the Forward Prize for Best Poem, and has held various Royal Literary Fund fellowships at universities including Lancaster, Durham, Newcastle and his own alma mater, Leeds.

A Leeds resident, Duhig loves the city, as well as the fact that he can jump on a number 36 and see the deer at Harewood. “When I came to Leeds I fell in love with aspects of its culture, and the countryside around it.”

The art of poetry 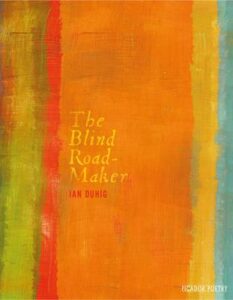 Poetry may seem to some a soft, aloof, cerebral way of tackling hard topics. But Duhig believes that it works as a kind of therapy. “Writing poetry was a relief for me, it was somewhere I could take my mind off work. But I would use poetry with clients, too.”

He explains: “If you can put your experiences into words, they become less of something that makes you feel ill, if you think about them. It’s desensitisation. And one of the ways you desensitise people is through language. If someone is frightened of spiders, you put a spider near them but also, you get them to describe what’s happening because there’s a different part of the brain engaged with language. So, your experience becomes your material, instead of your experience being your persecutor. It has a fairly direct therapeutic benefit from that point of view.”

Poetry is also accessible to anyone, no matter how few possessions they have.

“It’s the cheapest and easiest art from. It’s also completely absorbing. There’s no aspect to yourself that you can’t use in poetry. As Samuel Johnson said, ‘to a poet nothing can be useless’. There is nothing in your life that you can’t turn into poetry.”

Ilkley Literature Festival has a long history with poets. Its first festival in 1973 was inaugurated by W.H. Auden.

“Ilkley brings before Yorkshire people poetry from all over the world,” says Duhig. “It gives people the very best poetry that they can get hold of at the time, including new poetry, often the stars of the future. It doesn’t just go for the big names, it looks for different kind of writers and political writers as well. It’s somewhere where people who come can get into that.”

At Ilkley, Duhig is performing a new commission called Yorkshire Rose, Rose of the World, featuring Satnam Galsian, a classically trained musician who fuses Eastern and Western music. “It connects Yorkshire and its past with all the different communities who live in it and world history. I do believe poetry enriches lives. In Ilkley, if people come to the readings, they will be surprised to learn about aspects of Yorkshire they probably didn’t know.”

His latest book, The Blind Roadmaker, celebrates the life of a blind 18th century road builder from Leeds. “I was astonished to discover that the road that I use very often to go into town was made by a blind man, Jack Metcalf. I write about things in the ordinary environments they might not know about, but also Leeds itself. I’m interested in what gets overlooked, what gets forgotten, including people. Finding a way of making that into poetry is enjoyable.” 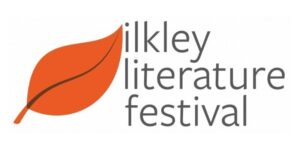 For Duhig, poetry has never been so needed given the divisive clouds of Brexit, COVID-19, immigration and climate change. “Poetry is political with a small p. You can’t avoid that if you’re going to care about other people. I would say we need more compassion. Poetry is related to that. It can be a vehicle in helping people be more compassionate. It’s connected to the compassion that I think we need to have more of.”

So, does Duhig hope to inspire audiences?

“People understandably throw their hands up and think where to begin. Through poetry, you can look at it at the very basic level, what it means to care. Not only can you do that, but you can find something which is valuable about yourself and your environment, which costs nothing, which doesn’t use fuel, or need electricity, it just needs yourself and an open heart and an open mind.”

Ian Duhig is Poet in Residence at Ilkley Festival, which runs October 1-17, 2021. Visit the website for the full programme of events and workshops.