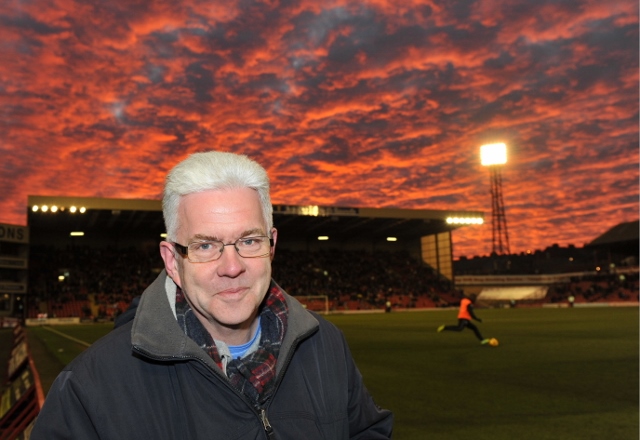 In South Yorkshire, four miles outside Barnsley, there’s a small village called Darfield. For many years it housed a thriving mining community. Nowadays it’s home to very different kinds of industry – not least that of the popular poet and broadcaster Ian McMillan.

McMillan has spent his whole life living in Darfield and over the years he’s become a kind of media ambassador for his part of the world. As he tells Northern Soul: “I’m often called upon to talk about Yorkshire. People say to me, ‘Can you spout about Yorkshire and be a professional Yorkshireman?’ And it struck me that I didn’t know that much about the whole of Yorkshire. I knew a bit about the village where I live and the next village, but not that much about the totality of Yorkshire.”

While mulling this over, McMillan happened to be approached by an editor at Ebury Press with an intriguing proposal. “He crystallised my thoughts by saying, ‘would you like to write a book about Yorkshire?’ So in the end I decided that the book should be as much about me as it is about Yorkshire – to see how much the the two of them rub together and see what happens.” 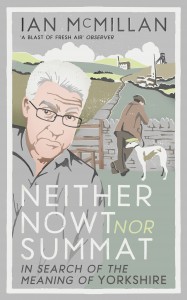 The finished book, Neither Nowt Nor Summat, has just been published by Ebury. It’s a warm, winning, lyrical rumination on the essential identity of Yorkshire. In fact, as his surname suggests, McMillan had a Scottish father, so he finds this matter particularly pertinent. But his findings suggest that his home county is never easy to pigeon-hole.

“It struck me that there are two different Yorkshires,” he says. “Well, at least two. When people from down South say ‘we like Yorkshire’, they don’t often mean Barnsley. They often mean Harrogate and York. And so the idea is that you’re trying to work out which is the real Yorkshire, and in fact, neither of them are…or they both are. In the end, the book became a sort of kaleidoscope thing about a multiplicity of Yorkshires.”

Coming at this from his perspective as a poet, McMillan was particularly struck by the variety of language within Yorkshire.

“In one of the chapters I talk about the language of Hull. In Hull, instead of saying ‘scone’, they’ll say ‘scern’: ‘this scern tastes like a stern’. It’s a very Viking way of speaking. And whereas in North Yorkshire they speak almost in a kind of Northumbrian way, you get across to the far side of West Yorkshire and they’re almost talking in Lancashire.”

McMillan’s own lifelong relationship with Darfield has given him a unique perspective on his surroundings, too.

“I think if you’ve lived in the same place all your life you can see how it changes very gradually. The village where I live has been very interesting in terms of the way it’s changed over the last 50 years, from being a place where everybody worked down the pit to being a place now where everybody works at the distribution centre or the call centre. And it looks different, because there aren’t any pit stacks any more. There’s lots of green hills. The longer you live in a place the more I think you can find – the more there is to be mined from its very small area.”

In sharp contrast, McMillan spends a fair amount of time over in Salford, recording his regular BBC Radio 3 literary magazine show The Verb at the MediaCity studios.

“What’s interesting about MediaCity is the complete modernity of it. It is like a science fiction landscape. It’s getting misty today, so that makes it even more science fictiony. But what you get here, like you get in Yorkshire, is layers of history. You look across to the ship canal, or you go round the back of MediaCity and there are older settlements. There’s that amazing place Ordsall Hall, in the middle of Salford. I mean, anywhere you go you can find these layers, but I think because I’ve always lived in the same place I can perhaps fathom more of those layers, because I understand the stuff that surrounds them, I guess.”

Back in September 2011, McMillan bowed to requests from his colleagues at Radio 3 to start a Twitter account to help publicise The Verb.

“I was sceptical, but I went, ‘oh, go on then, I will’. Like a lot of people I wasn’t quite sure what I was doing or who I was talking to. At first I had hardly any followers, about half a dozen.” Soon, though, he acquired a taste for it. “Little jokes occur to you that would never work anywhere else. Like, I thought you could have a philosopher’s version of Casualty called Causality, so I tweeted that. Gradually, it started to build.” 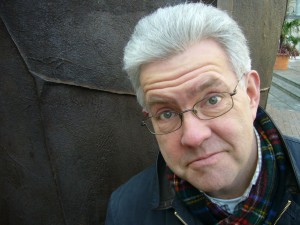 Now McMillan has a substantial following on Twitter (edging towards 24,000 followers) and he’s built it into his daily routine. “It keeps you alert all the time. I’m a morning person, but when I wake up it really gets me thinking. I try and tweet a tweet before I go out, just to describe the morning. I don’t tweet while I’m walking my early morning walk, but then when I get back I’ll tweet at least one about that. People say, ‘well, doesn’t it distract you?’, but I find it helps. When I was writing this book I was tweeting kind of at the same time and it helped me to have a clarity of thought, I reckon. My wife says I’m obsessed with it, but I don’t think I am. I think it just keeps me alert, is my excuse.”

McMillan speaks admiringly of great Twitter accounts such as @MooseAllain and @cluedont. “They’re the people I really look up to, because they really turn Twitter into an absolute art form. They’re doing stuff that wouldn’t work in a stand-up routine really and wouldn’t work in a longer piece but it just works for that instant little flash that Twitter is.”

From a certain perspective, Twitter is almost inherently poetic by nature, anyway.

“For a start there’s the obvious thing that you have to concentrate it into 140 characters, so you have to really think hard about what you put and you can’t use any extra words or letters. When I first started using it I was so stupid that I didn’t realise that the gaps between the words count as well. Also, when people follow me, they expect me to see things, and so I’ve forced myself to see things. I’ll sit and I’ll notice stuff.”

One of the things that he’s noticed, which has become a running joke between him and his followers, is the deserted Pomona stop on the Metrolink line to MediaCity. Very few passengers ever get on or off there. Now McMillan’s fans tweet him updates if anyone’s spotted disembarking. He confesses that he’s yet to try doing so himself.

“Do you know, I should. In fact The Verb finishes for the summer in a couple of weeks so I’ll do that as my final thing before September. I’ll get off at Pomona – and then realise why nobody ever does! I’ll know. Perhaps I’ll never be seen again.”

Another of McMillan’s observations, quoted in Neither Nowt Nor Summat, sums up the problems faced by anyone seeking to define Yorkshire once and for all. “I did this terrible, terrible mistake. I’ve been through Goole on my way to Hull – and I like Goole a lot – and I just thought it was in Humberside. As I’m going through Goole, I saw a White Rose of Yorkshire flag. So in the book I put about how there’s a Yorkshire diaspora spreading out. And now this bloke’s emailed me and he says, ‘by the way, Goole’s in Yorkshire’. I thought, ‘oh crikey!’, so I said, ‘oh well, I’ll alter it in the second edition’.” 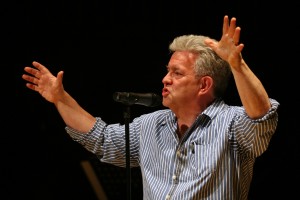 Neither Nowt Nor Summat: In search of the meaning of Yorkshire is available now in hardback and ebook from Ebury Press. The Verb on BBC iPlayer: www.bbc.co.uk/programmes/b006tnsf