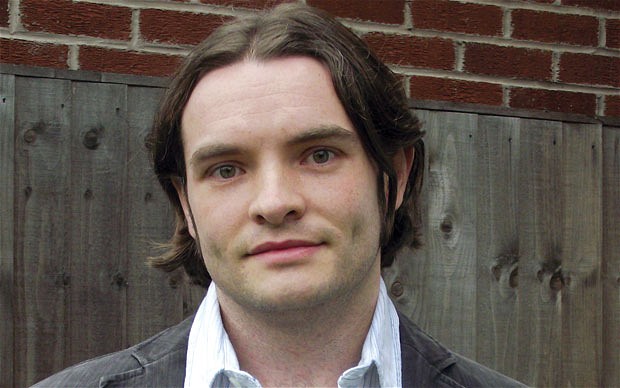 Kerry Wilkinson has consistently topped the Amazon UK charts since 2011 with his Manchester-set Jessica Daniel (and spin-off Andrew Hunter) series of thrillers. At one point, he had the top three books in the crime chart. So it’s no great surprise that Pan books signed him up to a six-book deal.

But what might be surprising is that, of the million or so books Wilkinson has sold, 250,000 e-books were self-published on Kindle. So much, then, for the ‘one step above vanity publishing’ disdain that is often heaped on self-publishing.

Wilkinson studied journalism at the University Of Central Lancashire then became a sports journalist. He was only prompted to start writing fiction when he turned 30 in November 2010 and, he recalls, “decided I should probably do something with my life”.

He says: “I always thought I could create something, although not necessarily a novel, and just thought I should do it. I’m not the type of person to sit around pontificating so, as soon as I had my idea, I just did it. Then I realised I actually enjoyed writing and I can write very quickly if I want to.”

But once he had finished Locked In, which would turn out to be the first book in his Jessica Daniel series of detective novels, he had a realisation. “I didn’t really know what to do with it. I didn’t write it for release as such, more as a test to myself. Then I saw the ‘publish with us’ button at the bottom of Amazon’s website and just thought, ‘what the hell?’ I’m pretty good with computers and figured out the formatting and so on. Then I was away.”

Cannily, he priced that novel at just below a pound, but sales only really began to take off when he released Vigilante, the sequel to Locked In. 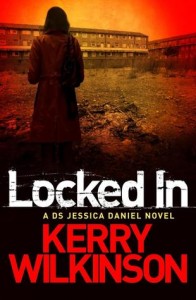 “With the reader’s hat on, I never buy the first book of a series because, if I like it, I want to know there’s a follow-up. I keep chapters short and snappy because I like that. I try not to flit between characters too much because I don’t like that either. In a literary sense, I know it’s not perfect, but I wasn’t aiming for that. I wanted to create something I would like as a consumer.

“When I realised I could release it on Kindle, I bought one and thought about how they work. You can download 10 per cent of the book for free as a sample. I cram as much as I can into that first 10 per cent because I want people to read the sample and buy the book. I try to think like a reader because, basically, I am one.”

It’s a simple but effective strategy and one that Wilkinson has employed on nine best-selling Jessica Daniel thrillers (another one is due early next year). The books, centred on a female detective inspector, are all set in Manchester, as are the spin-off Andrew Hunter books.

“I was born in Bath and grew up in Frome, a little town in Somerset, but I came to university in Preston back in 2000 in my early 20s,” Wilkinson explains.

“Where I come from is very rural so I’d never really spent any time in a big city, even though I was 20-odd. So I started seeing different areas, and then I met the girl I’m now married to when she was at Manchester Met. So I started coming over a lot and that was my first proper experience of what a big city is and I think I got a bit fascinated really.

“When I thought about writing a crime book, Manchester was the first place I thought of setting it because there’s so much you can do with it. First of all, you’ve got the city centre, with the rivers and the canals and the architecture. You can tell stories about the nightlife or you can tell stories about the homeless community in tiny little ginnels out the back of Oldham Street. You’ve got the Northern Quarter and you’ve got the huge tower blocks as well. There’s affluence and money, you’ve got loads of students.”

He adds: “But then you’ve got so much variation beyond that. To the South you’ve got all these really affluent rich areas. Then you go a little bit North and it’s like one extreme to another. So when you’re writing, you’ve got so many stories you can tell, yet geographically you’re only travelling a few miles. I don’t think there are very many places, certainly in the UK, where you can do that.

“There’s never a point where I get to planning a novel where I think ‘no, this doesn’t really work for Manchester’ because it’s just got everything you could want for books like mine.” 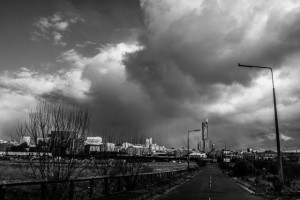 Unlike some authors who say that their characters lead the way and often actually ‘surprise’ the writer, Wilkinson plans his books meticulously.

“All authors have their own way of working but, for me, I need to know where the book’s going. So I never write thinking ‘I wonder what’s going to happen next?’ because I’ve already got my plot planned. Sometimes when I do my series books I might actually plot two or three books together.

“Sometimes things won’t come together quite as you’d expected once you come to actually writing it but, for the most part, what I end up plotting is what I end up writing, especially the beginning and end.”

He admits, though, that private investigator Andrew Hunter, one of the relatively minor characters in the Jessica Daniel books who has since been spun-off into two books of his own, did somewhat surprise him.

“He was a nastier character and supposed to be a lot more unsympathetic in my original plot notes. But as I started writing him I realised that he wasn’t quite the character that I thought he was going to be in my original notes. When I’d finished his story arc in the Jessica books, he was always there in the back of my mind as something, or somebody, I could do something with. I was just taking a break from the Jessica books, as you need to do with any character now and again, and found myself thinking about him, wondering what was happening in his life. There were stories you could tell with him as a private investigator that you couldn’t tell with a police officer and the procedures they have to follow, although readers will let you get away with some artistic license of course. But Andrew doesn’t have to abide by the same things.” 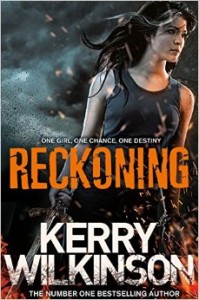 There are a couple of stand-alone books, too, including Down Among The Dead Men, published this month, as well as a third series, The Silver Blackthorn books, which are, he says, “my young adult/sci-fi/ fantasy/adventure trilogy, and more the sort of thing that I would actually read like the great sprawling sci-fi that I grew up reading, rather than the crime that I sort of fell into writing.

“I was actually on holiday and supposed to be taking a proper break from everything,” he remembers of their genesis. “I’ve just got a really short attention span and one day I was just down at the pool with my wife and these ideas started coming after a few minutes.

“So I just started making loads of notes for what became the first Silver Blackthorn book. I did that for two weeks and then when I got back just started writing the first draft. The whole thing went from blank page to being bought by a publisher in less than four months.”

His wife must love that sort of thing, I wryly observe.

“In the last four years or so, quite a lot has been happening in our lives because of things that were happening to me. I changed jobs, took a pay-cut and then made the decision to be an author full-time, which has meant a lot of travel since I became reasonably successful. So our lives have changed a lot because of those things.”

Now though, he says, “I’ll be living in Canada for 18 months at least and that’s not about me, for once. It’s about my wife going back to university there to do a master’s degree and us doing something for her. But I can write anywhere and I’m quite a long way ahead in terms of books due. It’s just somewhere new to write, so that won’t be a problem for the books.”

He admits to being “a little bit of a control freak” so moving from self-publishing to having to work to the release deadlines of a big publishing company was a bit of a double-edged sword.

“It’s quite hard to take a step away and give up that control to other people, to let other people do things I know I can do myself,” he admits, although his attitude to potential Jessica Daniel TV or film adaptations seems to be the opposite of that. 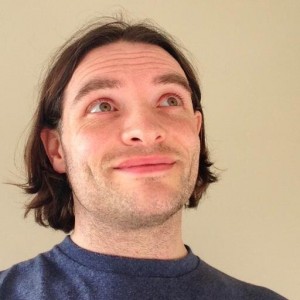 “We’ve been to the point where we thought the Jessica books were going to at least start production,” says Wilkinson. “That fell apart, which is quite common, I believe. But we’ve sold almost a million books now and that’s a lot of people investing in a character, so maybe someone will come in. But I don’t really worry about it because it’s something I’ve got no control over. I’d be quite happy, though, to step aside and for someone else to write the screenplay and put their own stamp on any TV version.”

Inevitably, his self-publishing success means a lot of people approach him for tips. But he’s dismissive of the industry that has sprung up around self-publishing “which I largely think is attempting to sell snake oil to the unsuspecting”.

He adds: “Anyone trying to charge you hundreds of pounds because they claim they have the knowledge you need are likely lying to you and possibly themselves. If they really did, they’d be living off the royalties of their books, not offering courses.”

“The truth is, a lot is being in the right place at the right time with the right product. It’s being a decent writer and having the technical skills. The best writers might not be the ones who have success.”

“Don’t waste your entire life on Twitter,” he counsels. “You’ll hate yourself and it’s overrated because most of the people who follow you at first will be other writers, who aren’t your audience. I like social media because people who read my books can interact with me. I don’t live on it.

“I always think ‘write what you know’ is rubbish advice. It’s boring. Write what you don’t know, then you actually use your imagination.

“But if you want any tip from me, it’s find your own way.” 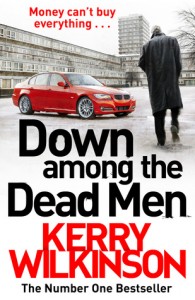 Down Among The Dead Men comes out on October 22, 2015 in hardback and e-book formats. For Richer, For Poorer, the tenth Jessica Daniel book, comes out on February 16, 2016. Next year also sees the publication of Resurgence (Silver Blackthorn 3); Something Hidden (Andrew Hunter 2); and non-series novel No Place Like Home.