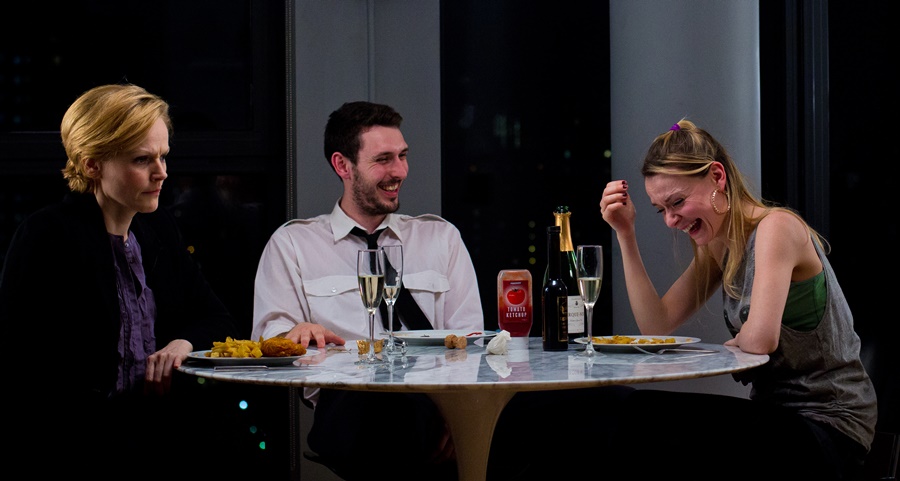 On Portland Street in Manchester city centre, sandwiched between Chinatown and the coach station, there’s a large disused office block. Just now it’s being pressed into service for three weeks as the unique venue for cinema screenings of a intriguing new British thriller.

Keeping Rosy stars Maxine Peake as tightly-buttoned businesswoman Charlotte, with Christine Bottomley as her earthier sister Sarah. As both actresses are from this part of the world – Peake from Bolton, Bottomley from Rochdale – Manchester has been chosen for its debut before a limited theatrical run courtesy of the national Picturehouse cinema chain from the end of the month.

Speaking exclusively to Northern Soul, Bottomley explains how she first became involved in the film: “I was sent the script and Maxine was already attached to it so she’d notified me that there was this project coming my way. I read it and I really liked it, because there were two decent roles for females in there. Also, I’ve worked with Maxine before – she’s actually a good mucker of mine – so just the thought of working with her again on a decent piece was lovely. I was there, absolutely!” 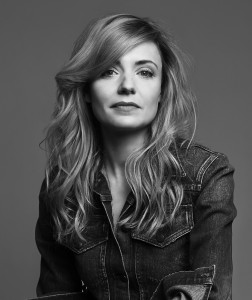 In fact, Bottomley and Peake have crossed paths several times over the course of their careers. “I knew her originally from a TV show called Early Doors, the Craig Cash series,” says Bottomley – stirring happy memories of The Feathers pub and its hapless landlord Ken: she played his adopted daughter Melanie while Peake played single mother Janice, a Feathers’s regular. “So we did that together and since then we did a play called Rutherford and Son at the Royal Exchange in Manchester. And then last time I worked with her, I was her wife – I was kissing her in a Victorian corset affair [2010 BBC drama The Secret Diaries of Miss Anne Lister], so we’ve done it all really.”

On arrival at the entrance to 55 Portland Street, audience members are checked in by security staff and escorted up to the 11th floor for the screening. It has to be said, the view this space affords across the city is quite something. During the screening, each seat comes with its own dedicated iPad so the audience sync up to a soundtrack app and listen through headphones. There are lots of neat touches about this pop-up ‘immersive’ cinema experience which echo the film itself, as becomes clear during the screening (though it also becomes clear why permanent cinemas go to such lengths to get things like blacked-out auditoriums and raked seating just right).

The third major cast member of Keeping Rosy is Inbetweeners alumnus Blake Harrison, as Roger, the shifty employee of a security firm. Despite the heavy Northern slant to the cast, Keeping Rosy was actually filmed on location in the East End of London. “It was shot on the Isle of Dogs, and it’s got these gorgeous scenescapes from around there and Canary Wharf,” Bottomley explains. “London’s almost like a fourth character in the film. That backdrop’s always sort of looming around. I’m now London-based, but I’m kind of the other side of London, so going there to work every day – well, that side of town is another world, really. It’s got a very different feel to it and that was helpful, actually.”

Bottomley describes her character Sarah as a stark contrast to Peake’s Charlotte. “They’re so far removed from each other. My character’s very much living in the moment – a bit naughty, a bit rough around the edges. She comes to her sister’s quite clinical world in London and tries to warm it up a bit. But she’s got a real lust for life and doesn’t always take on board where everyone else is at in their lives. She just ploughs on through.”

Bottomley’s wary of giving too much away about the ins and outs of Keeping Rosy‘s plot, and with good reason. It’s pretty difficult to discuss it. Certainly it’s best for viewers to see it without too much prior knowledge. Even the title carries a special significance. Let’s just say that, from the opening scenes, Charlotte is pitched into the day from hell. After a major disappointment at work, things spiral way out of control, as things so often do. Charlotte ends up deep in real trouble, and turns to her sister Sarah for help. Sarah shows up at Charlotte’s flat with her young daughter, and soon after, Roger becomes embroiled in their predicament too, whereupon events come to the boil good and proper.

It should be made clear that Peake is absolutely centre stage here, and she delivers a real tour de force performance. The characters of Sarah and Roger really only appear for the final straight: whole swathes of the narrative just feature Charlotte, stranded and desperate, leaving Peake to convey a great deal without dialogue. What she manages to express with her eyes alone is hugely impressive. Bottomley and Harrison acquit themselves very admirably, too. The sound design, heightened by the use of those headphones, is also effective. 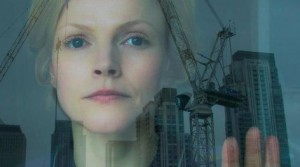 What lets it down, though, is a slightly one-note tone and, even more damagingly, the sort of whopping great plot holes that you could drive a Land Rover through. They register high on the ‘No, but hang on’ scale, pulling the viewer right out of the story. It’s a bit of a shame because the sense of ambition on display here is laudable. But while it sets out to be a dark, edgy contemporary character study – think Breaking Bad as directed by Ben Wheatley – it ends up as a lavishly shot, well performed but ultimately underwhelming big-screen equivalent of the sort of performance-driven modern British drama that you’d expect to see on BBC One at 10pm. The claustrophobic chamber piece of the final third generates some much needed traction, but it’s not quite enough to save the whole film.

Nonetheless, it’s an interesting experiment in film distribution, albeit rather more than it is in filmmaking. And Peake’s lonely, intense, tragedy-soaked performance certainly whets the appetite for her appearance as Hamlet at Manchester’s Royal Exchange later this year. 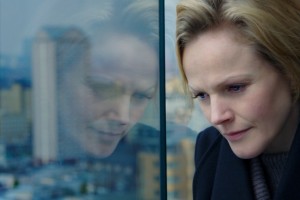 When: until July 6, 2014, followed by a theatrical release 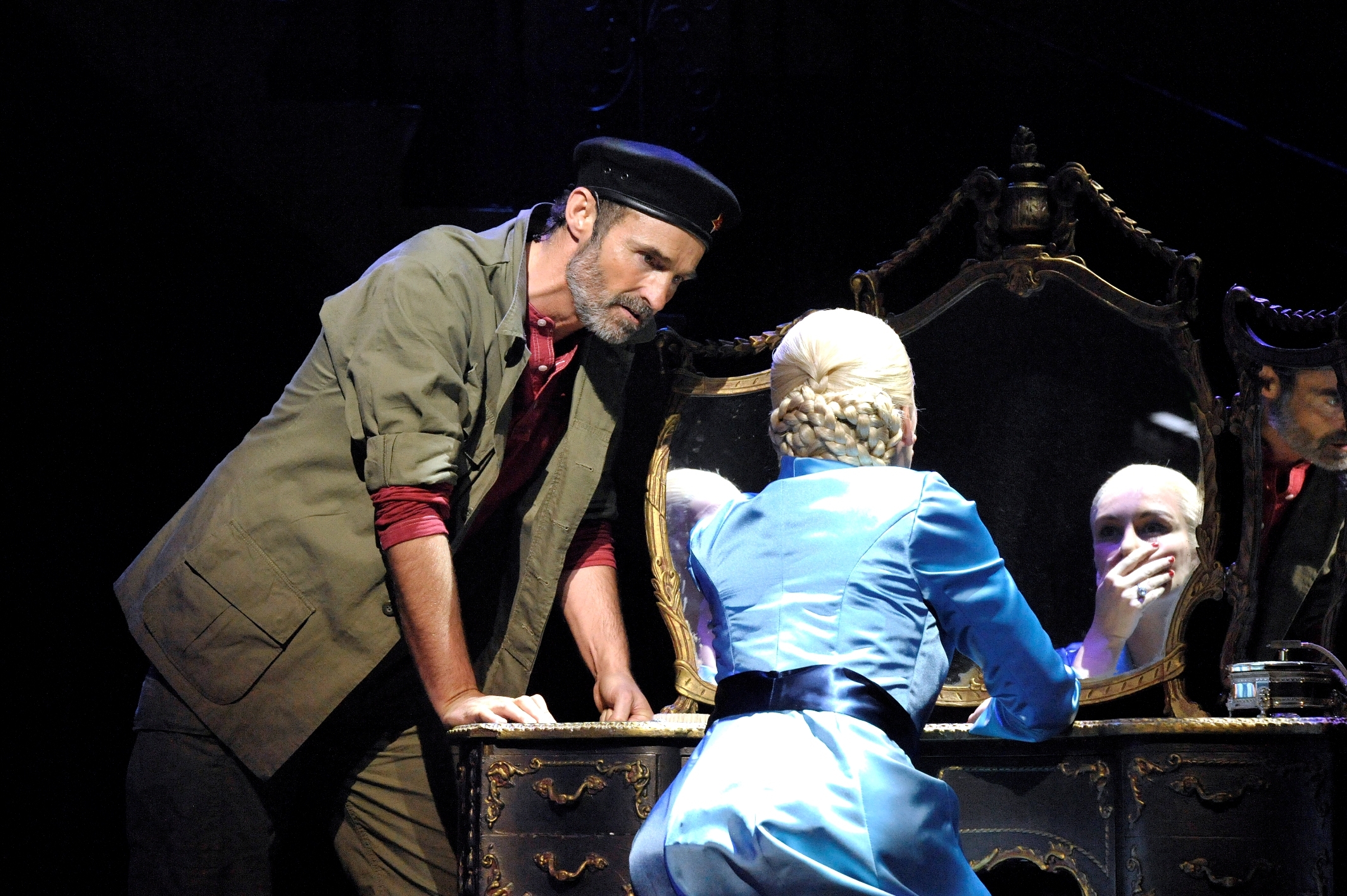 Surprisingly Good For You 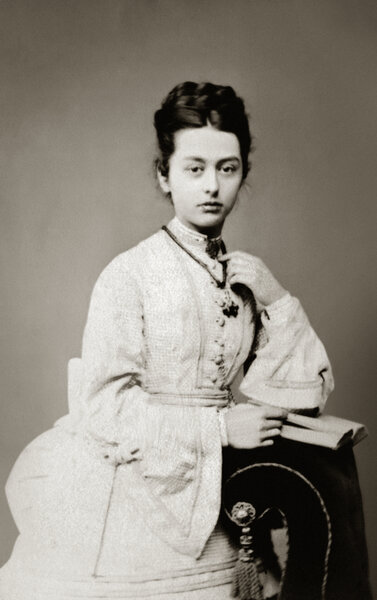 Looking for Emily Williamson, founder of the RSPB