So laughs Northern powerhouse Lisa Stansfield as the sun beats down on Manchester city centre. Anyone who was around in the late 80s and 90s will remember Stansfield’s powerful voice and personality, so it’s refreshing to see that none of that has diluted over time, not least her Rochdale accent. Of course, she never stopped making music except for a recent self-imposed break. Next up is a huge show at Merseyside’s Haydock Racecourse in August.

“It should be good, I think it’s gonna be great,” she tells me. “I’ve never done anything like that before so it should be quite an adventure. We’re gonna do stuff from the last album, Seven [the name is a nod to the fact it’s her seventh studio album]. It’ll be nice to do a bit of the new and a bit of the old really.”

Think of Stansfield and you’ll recall her many hits, including Change, All Woman, The Real Thing and, of course, All Around The World. But will Stansfield play it safe at her next concert with crowd-pleasers? 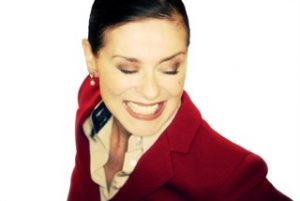 “I don’t ever do that. You need to look at yourself before you look at everybody else and look at it the way you would respond and feel the way the crowd would. Of course you have an obligation to the crowd and to your fans because they’re holding you up there and if it wasn’t for them you wouldn’t be where you are. It’s very confusing in how much you’re treating your audience and how much you’re indulging yourself. You have to really, really balance it out because you can be a bit selfish sometimes but you have to do something for yourself otherwise you wouldn’t want to do it anymore.”

I wonder, after almost 30 years in the spotlight, is stage fright still a problem?

Stansfield released her comeback album, Seven, in 2014 to great reviews and a top 20 position, and she is currently in the process of finalising the follow-up. She may have had a ten-year hiatus but she was busy in those years.

“I’ve probably got enough material for about ten albums. It’s ridiculous, you write all the time, you just keep writing and writing so you sift through what you’ve got and you see what’s appropriate for what you’re feeling is an album. The album that you want to make – but we’re not gonna reveal any of that yet.”

Stansfield’s no-nonsense attitude is unusual in a world where divas make requests for puppies, candles and green fruit pastilles. I get the impression that she’s the same Rochdale lass no matter where she is. But what does being a Northerner mean to her? 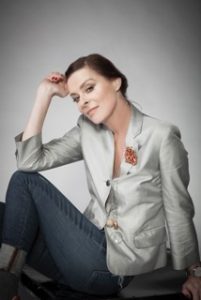 She says: “I think it’s important for anybody to recognise where they come from and to come from the North is such a privilege. I feel privileged with this beautiful sense of humour and a real understanding of soul, not just music but of people and I think just a common interest in humanity. It’s a bloody beautiful place to live in and I think our humour comes from that fact that we have had a lot of shit to deal with and that’s why we all just take the piss out of ourselves really. You can do loads in your life but whatever you do you should always take the piss out of it, no matter how serious it is.”

It’s amazing to think that Lisa Stansfield recently celebrated her 50th birthday. Has reaching this milestone changed her approach to life?

“I don’t let things like that affect me,” she laughs. “I don’t care. It is weird thinking I’m 50-years-old but I really don’t feel 50-years-old at all, I completely don’t. Once I start feeling 50-years-old then I’m gonna stop.”

The interview is drawing to close. I finishing by asking her this: if she could have ten minutes with the 18-year-old Lisa Stansfield, what would she say to her?

“I wouldn’t say anything at all. I’d tell the 18-year-old me to do just exactly what the fucking hell she wanted.”

And with the infectious laugh that has peppered the whole conversation, she’s gone.

Lisa Stansfield is appearing at ‘An Evening at the Races with Lisa Stansfield’ on August 5, 2016. For more information, click here.