Is a Northern ‘supercity’ a good idea? George Osborne thinks so

Helen Nugent June 24, 2014 Northern Soul writes..., We burn witches Comments Off on Is a Northern ‘supercity’ a good idea? George Osborne thinks so 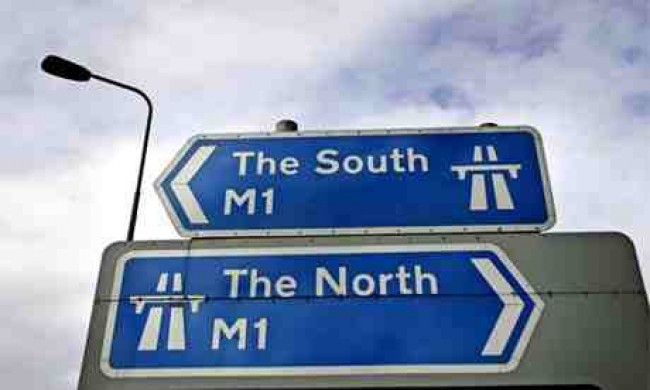 The Chancellor has set out a vision of an economic “powerhouse” across the North of England with faster road links and a high-speed rail connection between Manchester and Leeds. This article by the Editor of Northern Soul is an extended version of a piece that appeared in today’s edition of The Independent’s i.

I don’t suppose George Osborne is aware of it but his decision to announce the creation of a “Northern global powerhouse” at Manchester’s Museum of Science and Industry rather neatly demonstrates the Government’s fair-weather approach to the North.

Last year this major visitor attraction was one of three iconic Northern venues threatened with closure in order to keep the London Science Museum open. Despite pulling in nearly 1 million people a year, MOSI was for the chop following its forced partnership with the LSM after the Government cut funding to ‘non-core museums’. A massive local backlash ensured MOSI’s future.

Now The Chancellor is proposing the creation of “a single global city” in the North of England, made possible by a high-speed railway link. Brushing aside the glaringly-obvious Conservative bribe for Northern votes, in principle this sounds like a great idea. Of course we want better transport infrastructure in the North, yes we need improved links between Manchester and Leeds. As a region which plays second fiddle to London in the investment stakes, any extra cash is welcome. But do we want to become a homogenised Northern mass? No, we bloody well don’t.

As Mancunians would have it, to suggest that Liverpool, Manchester and Leeds could become a single supercity is ‘proper mental’. Yes, they are all Northern cities but each is fiercely independent with its own heritage, its own culture, its own identity. Even Blackburn and Burnley – just 11 miles apart – consider themselves as separate entities. So lumping Liverpool in with Manchester is akin to asking a Geordie to buy a season ticket for Sunderland.

And what about a high-speed rail link connecting Newcastle, Durham, York and Hull? Are they just ‘too’ Northern for the Chancellor’s liking? There was scant mention of them in his speech yesterday.

Quicker, more efficient journeys between Leeds and Liverpool would undoubtedly boost local economies but some rail links are already pretty good. For example, the TransPennine Express from Manchester to Liverpool is largely reliable, has comfortable trains and since the recent electrification of another line along the same route, travelling time has been cut to just over half an hour.

Perhaps what the Chancellor is really missing is this: Northern connectivity aside, few people north of Stoke want to be closer to London. The Government has made much of the fact that the HS2 rail link will halve the journey time from Manchester to the capital. What a horrifying prospect. We Northerners don’t want be nearer to that there London, we just want cheaper fares for the times we do visit.

Perhaps instead of bringing the South closer to the North, money could be diverted into increased investment in Northern roads. The M62 may be the highest motorway in England but don’t let that fool you. Yes, parts of it are remote, swaddled with moorland and unforgiving on a Winter morning, but it’s hell at rush-hour and permanently littered with a 50 mph speed limit.

So, Mr Osborne – yes, to a “more geographically balanced economy”, no to a Northern melting pot with one postcode.