“I’m not looking down or anything, I’m just looking across.” Jackie Hagan talks to Northern Soul ahead of DigiFest 2020

Stephen Lucas September 3, 2020 Arts Comments Off on “I’m not looking down or anything, I’m just looking across.” Jackie Hagan talks to Northern Soul ahead of DigiFest 2020 Jackie Hagan is no ordinary interviewee. The award-winning artist and activist has promised a mix of lightness and grit when she pitches up at Manchester Central Library, “pyjamas, tea in hand”, to host DigiFest 2020.

The showcase of disabled art and discussion is thanks to Manchester Histories and its partners who have produced a digital version of the charity’s annual festival which spotlights the stories of diverse communities. Short films, speeches, digital art and more – made or inspired by the disabled community – will beam across the globe from a pop-up TV studio in Manchester Central Library, St Peter’s Square on September 4 and 5.

The festival marks the 50th anniversary of the Chronically Sick and Disabled Persons Act, a trailblazing piece of legislation pioneered by Ancoats-born MP for Wythenshawe, Lord Alf Morris (1928–2012). The Act was the first anywhere to give disabled people rights, and Morris went on to become the world’s first Minister for Disabled People. He’d witnessed the ripple effect on a family when one member is disabled, his father being badly injured in the First World War. 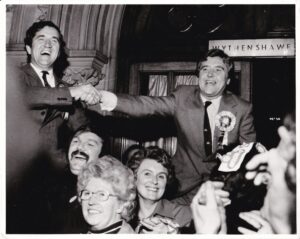 Over the phone from her Manchester flat, Hagan tells me: “It’s good that he [Morris] wasn’t disabled. Being an ally is something we’re all trying to do at the moment, LGBT or people of colour etc. But, obviously, he’s sat there noticing his dad. But there was a lot of people at the time coming back with legs missing and stuff. There would have been loads of disabled fellas – dad-shaped men at the nice end of toxic masculinity, when they didn’t moan about their problems, and it’s so charming and so heart-breaking. There was just a world of that around him.”

Hagan, who suffers from systemic sclerosis and had her leg amputated seven years ago, adds: “I’m not saying people should just get on with it. The opposite of that. My dad had one leg as well, so maybe it’s coming from that. Noticing that sort of sad figure. When I’m in physio as well, most amputees are fellas. It’s lovely grandads with diabetes or fellas who’ve lost their leg on a motorbike, fellas who are trying to be hard. I just sit there watching them interact, and it’s interesting. You’re still trying to work on this level where you are trying to be a bit hard, but the vulnerability is so obvious.” 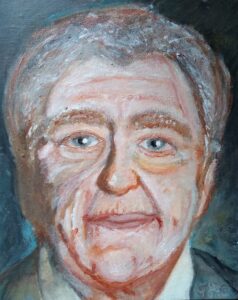 A trio of films exploring Morris’s life and legacy will air during DigiFest, along with a Hagan-helmed interview with Gill Morris, the late MP’s daughter, as well as the films’ producer, Jules Hussey of Brazen Productions. There’ll also be a portrait of Morris and other visuals by George Parker-Conway of Hulme-based disabled arts charity Venture Arts, film work from DIY Theatre Company, a collaboration with music-access charity Drake Music, and riffs by artists Lucy Bale, James Holt and Olly Hyland on the festival themes: celebrate, learn, challenge.

Hagan gives me the gen on her DigiFest residency. “I’m compering. We’ve got the best technicians on the job, but things go wrong with the old electronics so I’ll be there to fill in the gaps. Keep it light, but not necessarily fluffy. Light, but with grit. We don’t know what’s going to come out of my gob, do we?

“There’s going to be a lot of chunky, serious, interesting stuff, so I want ‘radio’ questions like, ‘What ‘jamas have you got on?’ or ‘What things have you done that you’re proud of?’ I’ve done these huge things, and won awards and all that nonsense, but I’m more proud of being nice to my boyfriend this morning, even though I was in pain. So, I want to bring the audience together a little bit through that, by going, ‘we have a question from Janice, and she’s wearing cactus pyjamas’.”

Obviously, COVID-19 is awful, Hagan says, but it’s also an exciting challenge. “Disabled people get used to new things like that and we get used to loss all the time. But pre-disabled people [she laughs] – that sounds slightly threatening but it makes a nice point – might not be used to that as much. Of course you lose something. You lose going to the bar, you lose the smell of the place, you lose looking at the performer’s shoes because you’re not very interested in what they’re saying but they’ve got really cool shoes. You can’t look at it that way. You’ve got to look at how you can try and invoke those things at home.”

She continues: “When lockdown happened, I panicked. Then I thought, wow, we’re doing stuff here that disabled people have been doing forever. Staying at home and watching the thing be streamed on a computer. In the past, say you’re performing it and they’re streaming it, it was always Keith has got to come and put the widget in the hoo-ha and then it’ll work. Or Ian’s on his lunch, so we can’t do it. Streaming stuff never worked. Now everyone’s going to want Keith. We’re going to get really good at streaming things. And that’s great. You can do it in pyjamas, tea in hand.” 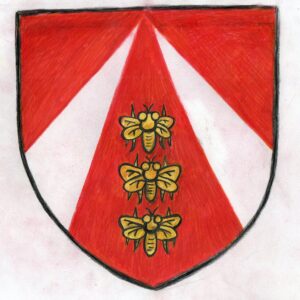 Hagan’s show The Aw Factor was cancelled due to COVID-19. Maybe this and a “head-full” of new disabled-related material she’s written over lockdown might surface? Hagan gives me the gist of The Aw Factor: “You get so many people going aw. You should only really make that noise to a little furry chick or a puppy. If you’re making it to a person, there’s something going on there. On the TV, I’m excited when I see another amputee; however, it’s always someone in an advert with inspirational music behind them and they’ve fallen over and got back up. When I fall over, it’s not always because I’m an amputee, sometimes it’s because I’m drunk. We’re not all saints and we’re not all victims.”

Hagan runs highly-praised workshops in schools, so I guess (as a teacher who’s listened to 20-odd years of humdingers from kids) there’s material there too?

“I’ve worked in some quite nice, wealthy schools, and they don’t come out with anything, they’re very polite. I like it when they’re little shits, really. One kid had had an operation and kept the kidney stones afterwards, and he asked, ‘Didn’t you keep your leg?’ And he thought about it, and then said, ‘Oh no, it would have gone off wouldn’t it miss? You could have kept the bone and wore it though.’ Kids are loads better than adults at that. I have a false leg that lights up, you know, it’s all ridiculous. Kids are just like, ‘Wow, that’s so cool!’ Whereas adults can sometimes try to complement me by going ‘Oh, I didn’t even notice that you’ve only got one leg.’ Well, my leg lights up.

“I’m trying to get people’s attention, so much of it, that to act as if it’s not happening is ridiculous. People think that’s a complementary thing to do, because they’re so embarrassed. I don’t blame people for being embarrassed. It’s not them is it? It’s just that we try to, in society, pretend that something isn’t there, when it clearly is.”

It’s seven years, the other week, since the amputation. “I celebrate it, but only as an excuse for a party. I celebrate that I’ve really coped well with it. I celebrate that in my head all the time. I tell myself how good I am for getting through the day. Also, other people don’t know. It doesn’t come up on Facebook, so no one cares. You’ve got to really organise it. The first year everyone wants to come to the party and you get five cakes. After seven years, people are like, ‘You look fine. You’re getting funding that I’m not getting ‘cause of that leg.’” 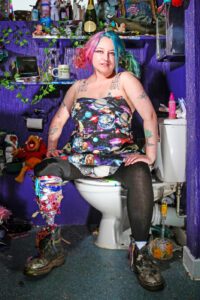 Skemersdale-born Hagan also runs workshops in prisons. “Kirkham Prison in Preston was the best performance I’ve ever done. I don’t mean I was the best. It was just brilliant because – you know I was going on before about hard fellas with one leg – we’re getting into therapy here, because my dad died when I was 19, I think I might be seeking out dads everywhere. So, oh my god, they’ve all got Scouse accents, they’re all hard but a bit vulnerable because they’re in prison. I’m like, ‘Oh, I can’t cope.’ That was great. I think they’re used to people patronising them and I wasn’t. I’m not looking down or anything, I’m just looking across. I did a performance and a workshop. There was one I thought was really lovely. I thought, he’s really getting a lot out of this. And he just stopped and said ‘What’s the point in this?’”

Thinking of my mum, who had a stroke and called her dead arm Sheila, I ask how quickly Hagan went to humour after the operation.

“I was in hospital for ages beforehand because I didn’t know what was up with me, so they were trying all sorts of horrible stuff. I’d already gone to humour there. I was doing live streaming on Facebook while I was in hospital. It wasn’t like I’d never said a funny thing in my life and all of a sudden I was having my leg off and I turned funny. Some people say it’s a defence, but it’s also your personality.”

It is a half hour of lightness and grit that I spend chatting to Hagan. I’m gutted when it’s time to wrap up, so I’ll definitely be tuning in to DigiFest for more of the same.

Click here to view the DigiFest 2020 full programme. Let the organisers know that you are going to be tuning in via eventbrite. Then, on the day, log on to manchesterhistories.co.uk/DigiFest2020 to take part.