“Libraries are hanging on by their fingernails.” Author Patrick Gale talks to Northern Soul

The novelist Patrick Gale knows how to write an opening line. Consider these examples from a selection of his books and try and resist the urge to rush out and buy them.

‘Rachel was woken by a painting or, rather, by the idea of one.’

‘Deborah was waving Julian off to work when he was murdered.’

‘She heard him before she saw him.’

‘Eliza woke in the night and heard the dog was dying.’

That last one gave me a couple of sleepless nights. As the first sentence in Gale’s 2003 novel A Sweet Obscurity, it presages the rest of the chapter, one in which the horror of watching a loved pet breathe its last is juxtaposed with the guilt of the unspoken relief that you, as owner, are no longer the executioner. And it is about you, the reader, as it is with all of Gale’s books. While there are common themes in his novels, including issues surrounding sexuality, his unerring ability to tap into the essences of human nature is simultaneously heartbreaking and astonishing.

But back to the dog. When I chat to Gale via Zoom, I ask him if that piece of writing was drawn from personal experience.

“I’m a lifelong animal lover,” he says. “I’ve had many a dog die, and I had a cat. It doesn’t get written about very often and I think we’re not very good at recognising that animal lovers do grieve, it’s a real thing, and especially if you don’t have children. My dogs are like children in the bond that I have with them and the way I repeatedly forgive them for being appalling. I wish we had a more formal way of recognising grief for animals when they go.” 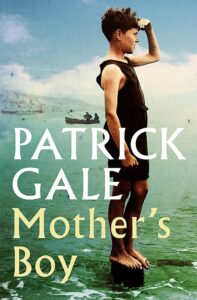 I wish we did, too. But when it comes to acknowledging human emotions, Gale is the master. Only 21 when he wrote his first novel, and just 23 when his first two books were published, Gale, now aged 60, has amassed a critically acclaimed literary legacy. But it was only in 2000 with the publication of Rough Music that he started to make a proper living from writing. And it would be another seven years before the real gamechanger, 2007’s Notes from an Exhibition which was the first of his books to make it onto the influential Richard & Judy show.

Today, a new Patrick Gale novel is a literary event, meaning that Mother’s Boy, his latest book and seventeenth work, has been extensively reviewed and applauded. Described in the author’s note as “a loose retelling of the early life of the Cornish Poet Charles Causley and his mother”, Mother’s Boy marries fact and fiction. But how does a writer combine the two?

“I’ve honoured all the known facts,” Gale says. “I researched it obsessively really. I could have written a biography by the time I’d finished my research, but I didn’t want to write a biography because I knew what I wanted to do was to go into the places a biographer couldn’t, so the places where Charles’s private life had remained absolutely private. I was able to dig and then make stuff up to join the dots.”

As Gale explains, like a lot of children of his generation, he came across Causley because he learned one of his poems, Timothy Winters, as a schoolboy.

“It’s still a poem that a lot of people know without remembering that it’s by Causley. It’s just one of those very familiar and funny and painful poems. And I got to know the rest of his work much later on when I moved to West Cornwall and I was recruited to join The Charles Causley Trust after Charles’s death.”

He continues: “Being a girly swot, I sat down and read all the other poems. And I was blown away by them and then became quietly more and more obsessed by what I see as a kind of mystery in his life. He worked so hard at eradicating any hint of an emotional life and yet his poems are so deeply emotional. I’m a very cynical person, I didn’t believe the official version. I realised I needed to write a novel to dig into the story and find out more about him and his amazing mother. I’m so glad I did because it’s getting a very warm response from people.”

Gale is particularly pleased that many people who read Mother’s Boy don’t realise that the protagonist was a real person. 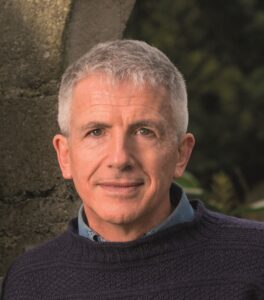 “They just enjoy it as a novel and then they get to the very end and they go, oh my god, I can Google him, I can actually hear him reading his poems, and I then feel my job is done if it makes one by the collected works.”

There will be more opportunities for people to learn about Causley when Gale appears at a West Country bookshop for Independent Bookshop Week, the annual campaign celebrating indie bookshops across the UK and Ireland which takes place June 18-25, 2022. Gale will be at The Bookery in Crediton alongside a local singer-songwriter, Jim Causley. The latter is one of Causley’s descendants.

In addition, Gale will be working in his local indie in Penzance, the Edge of the World Bookshop. “I have very happy memories of working in a bookshop, actually a branch of WHSmith, when I was a student. So whenever I go into bookshops to do signings or whatever, I always get this this kind of nostalgia, I want to start tidying the shelves immediately.”

Gale is a big fan of independent bookshops, not least because they prove a vital role in the local community.

“It’s not just about the books. It’s about so much else, especially now that so many regional library services are being brutally curtailed. Certainly, where I live libraries are hanging on by their fingernails, and in some cases they’re closed entirely. And what’s happening is that independent booksellers are filling that gap more and more.

“A really good indie bookseller is better than any algorithm at telling you what you should read next. So you go in there and say, look, I really enjoyed this, that and they will give you a shopping list of things you should try reading. And you do not get that in my experience from a chain bookseller. Also, a chain bookseller is just never going to be able to afford to open a branch in the average, small market town. It just isn’t sustainable for them economically.” 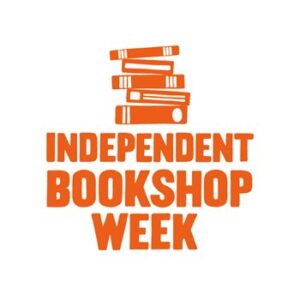 One of the many joys of wandering round a bookshop, whether it’s a cosy local store or a much-loved city centre emporium, is discovering the myriad enticing book covers, from enigmatic hardbacks to enticing paperbacks. As with other novelists of his longstanding, Gale’s covers have experienced a variety of incarnations.

Perhaps it’s best to draw a veil over 1995’s artwork for The Facts of Life which is, um, fairly terrible. But the original cover for 1990’s The Cat Sanctuary is rather splendid. Gale explains how it came about.

“There’s a little detail of a Nicolaes Maes painting from The National Gallery on there and I really wanted that as the main image. The designer came up with the cat, which actually fits brilliantly with the girl holding up her hands.

“Covers are absolutely crucial. A brilliant book with a stinker of a cover just won’t be picked up in the same way…I work really closely with the designers on my books. I like to know what they’re thinking. I’m very lucky that the current head of design at Hachette is highly literate and always makes a point of reading the books. It sounds surprising but actually you’d be amazed how many designers don’t read the books, they just take a brief which isn’t the same thing at all.”

For the designers who do read Gale’s books, they’ll no doubt discover various autobiographical elements. For example, Gale has said previously that he has written various versions of his parents in his novels. Then there’s the common thread of what it means to be gay. But is it too overt to call his works autobiographical?

“It’s closer to taking inspiration,” he says. “I mean, your own life is the only life you know really well. So it’s inevitable as a novelist that you’d make use of it. What’s quite disturbing I find is when you go back to old work, which I’ve had to do when I was recording audiobooks of my novels, and you realise just how exposed you are, and how much more autobiographical your writing is than you realise at the time. You think you’re making up something and actually, with hindsight, you can see that the story you were telling was very close to the story you were living.” 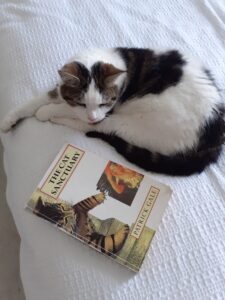 I wonder, then, if we might see a future novel by Gale about gardening. A keen horticulturalist who lives on a farm near Land’s End, his garden has a a plot that includes England’s western-most walled rose garden. During the pandemic, what was his greatest solace: books or his garden?

“It was both. The garden has never been so manicured as it was during that year and a half. It’s looking pretty wild at the moment because I’ve been on tour so much and being away in the spring is a disaster. We’re opening it to the public for June and July by appointment and part of me is thinking, oh god, it’s not nearly ready.

“But it was a huge solace, and I was also incredibly lucky that I was right at the start of writing a novel when the pandemic struck…It was wonderful to have enforced peace and quiet in which to write.”

Looking ahead, Gale is working on a couple of theatre projects, including a play centred on his last novel, Take Nothing With You, as well as a musical based on his recent television drama, Man In An Orange Shirt. In addition, he has another novel which, in his words, is “brewing up” and will be a “kind of” sequel to A Place Called Winter, but this time set in Liverpool and Wakefield.

If Gale summons up a worthy successor to the mesmerising A Place Called Winter, then we’re in good hands. I, for one, can’t wait to read the first line.

Mother’s Boy is available to buy now. For information about Independent Bookshop Week 2022 and the events happening across the UK, click here.