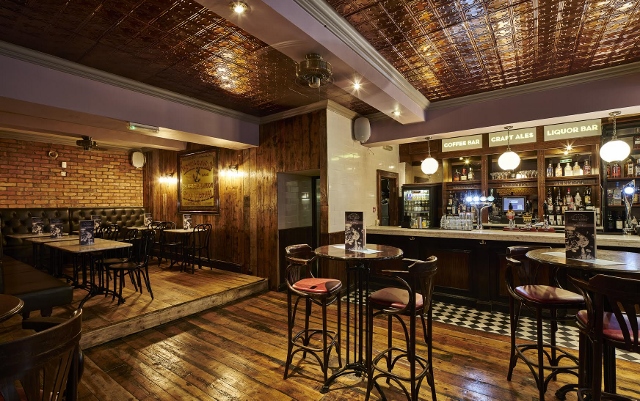 Steve Regan reports on the reopening of an historic Liverpool bar.

The people who grafted to make Liverpool great as the 19th century slipped into the 20th must be raising their glasses in Heaven (or maybe in Hell) because their favourite bar is once again open for business.

Yes, the historic Ma Boyle’s has been revamped as a “traditional pub with the feel of a Parisian bistro”. This is according to its new owner, entrepreneur and actor Iain Hoskins, 37, who’s also credited with reviving the equally famous Ma Egerton’s pub – on the other side of the city centre. 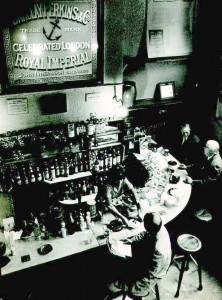 Ma Boyle’s first opened its doors in 1870 on Old Hall Street in the heart of Liverpool’s architecturally grand commercial district. It was popular from the start, not just with Victorian traders and tycoons but also throughout most of the last century as the haunt of bankers, insurance bigwigs and traders in cotton, tobacco and other goods.

Even in the 1950s, 60s and early 70s, you’d see bowler-hatted bankers in there for a few sundowners and oysters, before hopping the ferry back to their posh little palaces on the Wirral.

But Ma Boyle’s had to move in 1974 when the new Moorfields rail station encroached on its site. The bar found a new home nearby at the back of Tower Building off The Strand. Loyal customers attended the new venue, keen to enjoy the annual Beaujolais run and the famous fresh oysters.

In later years, the venue suffered a dip in customers as finance and legal jobs were shed in subsequent decades. Ma Boyle’s carried on trading (if not exactly thriving) until fairly recently before closing for a few months to allow Hoskins (who bought the lease) to implement his ambitious refurbishment plan.

Now things are looking up for Liverpool, as well as for Ma Boyle’s. A slew of 21st century businesses are taking root in the commercial district including digital design agencies and a new private health clinic, as well as swish hotels and tower apartments.

Liverpool’s distinct city centre commercial district is bordered by Leeds Street to the north and The Strand to the west, and connected to the booming retail core by Castle Street, where stands the grand Liverpool Town Hall and former regional offices of the Bank of England. 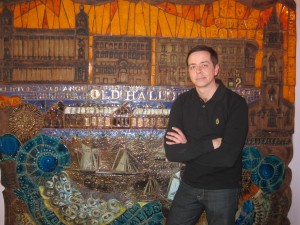 Of the area where his ‘new’ pub stands, Hoskins says: “If you walk around here all you see now are people in the sky – in offices, apartments and hotels. Ma Boyle’s can be a place for all these people. We’ve extended the bar area and created a traditional pub with the feel of a Parisian bistro.”

Pubs in Liverpool’s commercial district don’t traditionally open late. In that respect, the locality is a bit like parts of central London (east of High Holborn and into the City) where the usual bar closing time is no later than 9pm, sometimes earlier.

But Ma Boyle’s is already starting to break the early-closing trend. While it currently shuts its doors at 8pm from Sunday to Wednesday, it opens til 11pm on Thursdays and Fridays, and this may well be extended over time.

Meanwhile, Hoskins is confident that the new-look Ma Boyle’s will retain the traditional Liverpool vibe; that it will be full of humorous, chirpy, eclectic, warm-hearted people. And behind the bar there’s a young team of bartenders led by Tom Wilson, a Bradford lad who’s active on the writing and drama scene in the city.

Hoskins himself is a native of Southampton. He first arrived in Liverpool in the mid-1990s as a cultural studies and theatre student and his CV includes training as an actor in New York City at The Lee Strasberg Theatre & Film Institute, home of method acting tuition.

“Liverpool keeps on reinventing itself,” he says. “Every few months there’s a fresh burst of creative energy here. I think the Liverpool Mayor Joe Anderson is right when he says that this city’s best days are ahead of it.

“Liverpool felt like home to me the minute I arrived here nearly 20 years ago. I’ve never felt like an outsider here. I think it’s more important to choose where you are from rather than simply accept where you were born.” 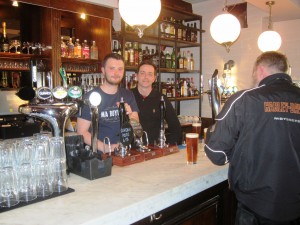 Back at Ma Boyle’s and the revamped pub is elegantly designed and well lit. It does a good range of real ales and quality wine. It’s also worth pointing out that it serves vino in big, 250ml glasses – unlike quite a few bars in Liverpool which pass off a 175ml glass as ‘large’. Downstairs in the basement is a rather bohemian bar which specialises in rum. There’s also a lovely pavement area for those who like a ciggie (or a ‘bifter’ as they are more commonly known in Liverpool) with their drink. These outside tables offer a great view over Our Lady and St Nicholas church and garden.

The food is good quality pub fayre, with a menu divided into British and American favourites. I can personally recommend the half rack of ribs with a chipotle glaze from the US section. It comes with tasty slaw, veg and dip for £6.50. The traditional oysters may be reintroduced to the menu at a future date. 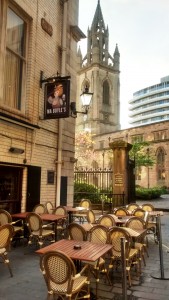 But Ma Boyle’s isn’t the only pub on Hoskins’ plate. He has breathed new life into Ma Egerton’s, a pub in Pudsey Street at the back of the Empire Theatre. Actors jobbing there and elsewhere in Liverpool’s eight theatres often drop in.

Some actors, including Scouser Margi Clarke – who played Tyrone’s mam in Corrie and starred in the 1985 movie Letter to Brezhnev – have pulled pints behind the bar at Ma Egerton’s when between roles. And Shameless star Tina Malone currently hosts a pub quiz there.

Thanks to its proximity to the Empire, Ma Egerton’s has welcomed many famous customers over the years. Frank Sinatra drank Guinness there in the 1950s, and it’s said that showbiz legends Marilyn Monroe, Sammy Davies Jnr, The Beatles, Judy Garland, Liza Minnelli, Laurel and Hardy and The Rolling Stones have all popped in for a few scoops down through the decades.

It’s a trend that Hoskins continues to encourage, not least because he’s appeared in many TV shows, films and theatre productions himself. Now he’s centre stage on the Liverpool pub revival scene.