Sexism and the supermarket: is it OK for women to wear pyjamas and apply make-up in public?

Emma Yates-Badley January 18, 2017 It's Not Grim Up North, Northern Soul writes... Comments Off on Sexism and the supermarket: is it OK for women to wear pyjamas and apply make-up in public?

We’ve all got our own procedure. I do mine in front of Netflix. Housemate lays out her tools in the bathroom sink like she’s preparing for an operation.

Some people wait until they’re on the train to work before turning their attention to make-up application. I’ve been known to apply mascara on the journey from Stockport to Piccadilly after hitting snooze a few too many times. That girl expertly penning winged eyeliner on the bus to town has a skill worthy of a slot on Britain’s Got Talent.

Until recently, it’s not something to which I’ve given much thought. I’ve certainly never been concerned about offending the fella in seat 22b, or observed any obvious disdain coming from the woman sitting opposite. Most of the time I’m just trying not to poke myself in the eye.

Enter the Twitterstorm that blew over social media on New Year’s Eve.

One woman was touching up her make-up on the train when a fellow male passenger decided this was unacceptable and told her to stop, as “it’s vulgar”. Suddenly, like some brilliant Mexican wave, every woman in the train car began to fix her own make-up. One of the female passengers then, as is the habit of our modern age, tweeted about the incident, a tweet which has since been retweeted more than 1,000 times. 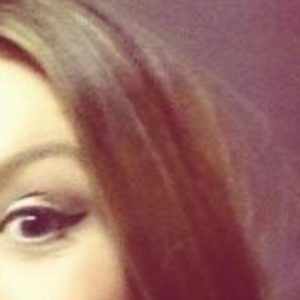 “Bloke has just told the woman he’s with not to put make-up on on the Tube. Every other woman in the carriage is now fixing their make-up.”

Bravo, I say. That’ll teach him that the train is a mode of transport, not a portal back to the Victorian era.

But then it got me thinking. Did this man have a valid point? I mean, as a member of lady kind, it’s not something that registers on my give-a-shit-meter, but should we cease this behaviour if it upsets male passengers? If he was genuinely offended, should we care? Would we have reacted in the same way if a woman had objected? And, more importantly, is this even an argument – or a widely-held opinion – or simply a lone rant?

I asked a few guys what they thought.

“I don’t often use public transport,” says a friend from my home town. “But if it doesn’t affect me, then I’m cool with people doing things to keep them occupied.”

“I can’t see why any man should, or would, have an issue with women applying make-up while on public transport,” says an old uni buddy. “You commonly see people eating, drinking and listening to music via mobile phones, which, if anything, can be far more intrusive and anti-social. I think if you are embarrassed, or somehow offended, by a woman putting on make-up then there is clearly an underlying issue of equality that needs addressing.” I couldn’t have put it better myself.

Housemate’s friend, living in London, noted that make-up on the tube is normal behaviour.

“People generally milk every extra minute at home before work and the ‘London pace’ means it’s acceptable to be seen in public doing your make-up,” he comments.

Evidently, as seen in the recent media coverage of this topic, not everyone agrees with this rationale.

“A girl that does her make-up on the train just strikes me as [too] lazy or disorganised to get up early enough to do it,” jokes another friend of Housemate’s. “Does that make me sound bad?”

Personally, I’ll stop applying my slap on public transport when fellas stop man-spreading. I’ve lost count of the many times I’ve been squished into half a seat because of some guy’s knees. Not cool.

The fascination with women’s grooming habits and appearance is hardly surprising. It’s a subject that, historically, has been used to police, control and mock women’s bodies. So, none of this came as much of a shock.

I must confess, I’m a bit of a scruff. If I could, I would wear my dressing gown out as a coat, and live in my comfies. I’ll also, quite happily, nip to the Co-Op in my scruffs although, as Housemate points out, I usually opt for jogging bottoms rather than my pug-print flannels. Either way, I’m not about to don my ballgown to buy a pint of milk.

Recently, a woman hit back at those who criticised her for shopping at a supermarket in her jim-jams, branding them “sexist”. She was photographed shopping with a friend (also wearing pyjamas) in a Manchester branch of Tesco. Their critic posted the image to the supermarket’s Facebook page and asked the store to “put a rule in place” that would ban such “disgusting” people wearing pyjamas from being served.

One of the women stated that she was “disgusted” the man had taken the picture in the first place. She went on to explain that she’d simply popped into the store to grab some milk for her five-month-old baby.

“We had already put our pyjamas on for the evening so didn’t think anything of it. We didn’t think we would be internationally shamed,” she told The Sun. “I feel so embarrassed about it, that my picture is everywhere of me in my pyjamas.”

It’s important to keep this in perspective. The lady went to a store in her PJs, she didn’t go to work or on a three-hour shopping spree, or round your house for tea. She didn’t deserve to have her privacy violated.

While the original post has been removed by Tesco, it sparked great debate with some people berating the women for being “lazy” and others leaping to their defence. Out of interest, I took this question to the male friends I’d asked about make-up.

“PJs are cool,” says home town friend and I imagine him shrugging nonchalantly.

“In the grand scheme of things, is it really causing that much offence?” says uni buddy, rather sensibly. “My colleagues, who are all female, argued that they would prefer people didn’t wear pyjamas, and the underlying reason behind this was an issue of hygiene and respect for those around you – which I think are fair points.”

“The hygiene argument is redundant,” I reply. “You cannot make assumptions on the cleanliness of someone’s clothes unless they are visibly dirty. What if someone goes to the shop in a jumper they’ve not washed for a month?”

“I think the cleanliness aspect was more to do with the respect issue and caring about what others think if anything,” he responds.

Ah, so is this about respect? Are PJs disrespectful? I’m confused.

By far my favourite answer came from Piush. “They should ban PJs when they ban topless beer-bellied men. Either way, it’s not public nudity so people should be able to wear what they like.”

“Working in fashion, I’ve seen worse in a daily basis,’ says one of Housemate’s buddies. “People can wear what they want, it makes no odds to me.”

For her London friend, the issue is geographical.

“In London, you would get a very different reaction than somewhere like Liverpool where people wear PJs and rollers in their hair as of Wednesday, ready for the weekend. In London, girls are generally scoffed at for being too dressed up.”

At first glance this seems like an unfair assumption. However, when living in the capital, not once did I see a lady strolling round Stratford’s Westfield in her pyjamas and rollers (although, for city-dwellers notoriously pressed for time, it seems like an excellent way to multi-task). But it is common place at my favourite shopping centre (I love the outdoor escalator), Liverpool One.

So, what is going on?

Are we simply targeting women for not being neatly put together, or carrying out beauty regimes behind closed doors like 1950s housewives? Or are we simply becoming a nation of naysayers, intent on complaining? Unfortunately, social media makes it easier to voice these complaints. Trolls no longer live under fairy-tale bridges, they’re tapping away in the comments section of our tabloids.

Personally, I am more concerned with the need of these people to attack women in such a public manner, be it verbally, or – rather sinisterly – by taking a photo and shaming them publicly. It’s all very Orwellian.