Matthew Crow: ‘read as furiously and widely as you can’

Jo Dearden April 1, 2014 Authors & Reviews, Books Comments Off on Matthew Crow: ‘read as furiously and widely as you can’ 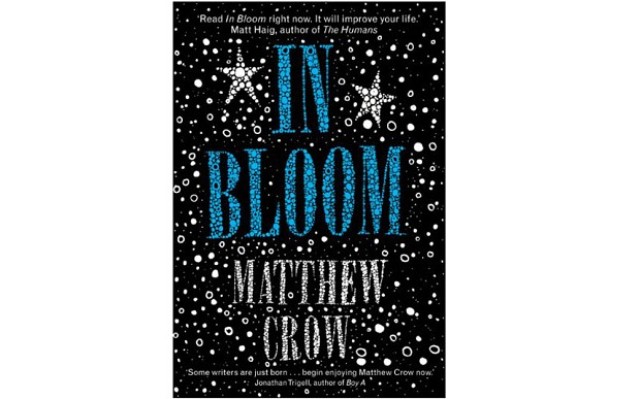 Sonny Ashworth from Rawtenstall in Lancashire is 16 years old. In August 2012 he was diagnosed with Acute Myeloid Leukaemia (AML). Two courses of chemo and a course of radiotherapy followed. He then received a bone marrow transplant from his younger brother. Now in remission, Sonny hopes to take A-levels in English, History and Media Studies before going on to university to study journalism.

Author Matthew Crow was born in 1987 and raised in Newcastle. He has written two novels for adults. The second, My Dearest Jonah, was nominated for the Dylan Thomas Prize. In Bloom is his first book for young adults and is a life-affirming tale about a 15-year-old boy who is diagnosed with leukaemia.

Sonny: Can you briefly tell us what In Bloom is about?
Matthew: It’s about a pretentious 15-year-old schoolboy from Newcastle called Francis who doesn’t have many friends. He’s diagnosed with cancer and, when he goes onto the hospital ward, he meets a girl called Amber and together they teach each other how to live. It’s a love story, but it’s as much about the love within families as it is about romantic love between two people.

S: If you could describe Francis in three words, what would they be?
M: Pretentious, pompous, sweet.

S: Who did you base the character of Amber on?
M: All the tough girls I’ve ever known in my life. In Newcastle the women definitely wear the trousers.

S: Why did you choose to give your main character Leukaemia?
M: I wanted to write about a Northern family, specifically a Geordie family, and I wanted to show how kind and loving people can be. But there’s a saying, ‘happiness writes white’ – as in happiness doesn’t show up on the page. So I thought a good way to make it show up would be to set it against the backdrop of the most unimaginably awful situation you could get: the life-threatening illness of a child. So the illness was a plot point but I didn’t want it to be the main focus of the book, and I didn’t want it to seem exploitative either. 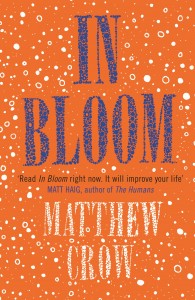 S: How much research into the illness did you do?
M: I got in touch with MacMillan and I researched websites for teenagers with cancer. One of my friends had breast cancer a few years ago and I asked for her comments [on the novel] too.

S: What is the main theme/s of the book?
M: How decent people are. With Geordie families there’s a sense that you love each other, and you’d do absolutely anything for each other, but you don’t really say it out loud. You’d go to the ends of the earth for your family but you’d never hug them in public. I like that. I think it lends itself quite nicely to comedy.

The other major theme is how Francis gains a sense of perspective. I think that’s what that time of your life’s about really. You start to understand your relationship to the world – how it affects you, and how you affect it.

S: In Bloom is set in the North East, how might it change if the Woottons came from down South?
M: I don’t think it would’ve worked. I wrote it very quickly – in about four months – and I think the only reason it works is because I know the characters so well. Newcastle informs most of my writing. I couldn’t have written it about a generic family from Surrey.

S: What’s the best book you’ve read in last 12 months?
M: There’s a Young Adult novel that’s just been released called The Bone Dragon by Alexia Casale. It’s brilliant. It’s about a girl who’s been adopted. She suffered really bad abuse when she was younger and has problems with her rib, so she has a bit of her rib taken out and she carves it into a dragon… and it comes to life. 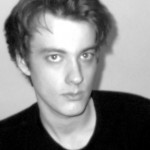 S: What’s your favourite book of all time?
M: Miss Smila’s Feeling For Snow. It’s really beautiful and I’ve read it once a year since I was 15. If all my books were about to be burnt and I could save only one, that’s the one I’d save…although, I’ve got a Kindle so I guess I don’t need to worry about that any more.

S: Which authors do you admire?
M: Donna Tartt. She’s only written three books in the last 20 years but she’s absolutely brilliant. When I was a kid it was Roald Dahl that got me into reading. F. Scott Fitzgerald, Nabokov and Truman Capote. And Stephen King – when he’s good he’s really good, but when he’s bad he’s terrible. Carrie is my favourite teen novel of all time I think.

S: How did you get into writing?
M: When I was younger the internet was just in its infancy and I started off doing reviews for online magazines. I enjoyed it but mainly I wanted the free books and CDs. From there I managed to get a bit of work on newspapers and, when I was 18, I moved to London for a couple of years. I submitted some work to a literary agent and she took me on and that’s pretty much it.

S: What were your favourite and least favourite subjects at school?
M: I really liked English Literature, obviously. I hated PE ’cos I was a fat kid so I used to skive off a lot. I always wanted to be good at maths but I wasn’t. I thought there was something cool and romantic about all the symbols and stuff but it just wouldn’t click in my head, so I just pretended I hated it and used to behave like a dick in the lessons.

S: Do you have any advice for new writers?
M: Read as furiously and widely as you can. As for writing, the more you do the better you’ll get – you’re never going to get worse with practice. You also have to have really thick skin. I submitted my first chapter to a literary agent when I was 14 and I didn’t get signed ’til I was 18, so that was four years of constant rejection. 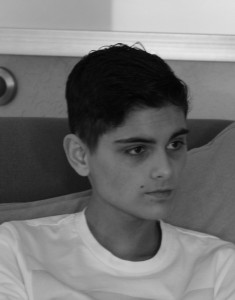 In Bloom is published by Much-In-Little and is out now in hardback, paperback and eBook