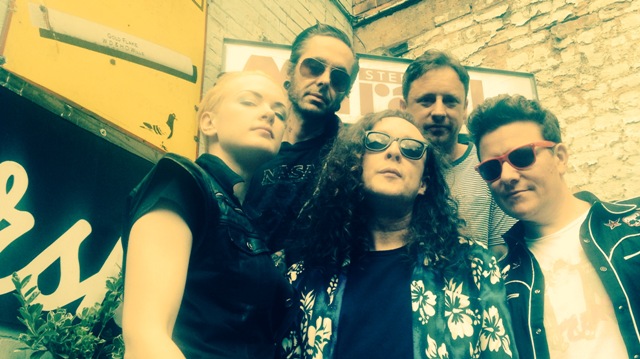 “I smoke cigarettes, drink alcohol, bite my fingernails and for seven barely tolerable years, I was a pescatarian. However, I haven’t smoked cannabis or owned a television for almost ten years, and can’t help but wonder whether the two are related. I have never taken a Class A drug, I don’t do ‘shots’ and at the age of 40 I swore off ever again wearing a pair of shoes that could be described as ‘sportswear’.

So says Miles Hunt, the self-confessed “Curly-Haired Gobshite That Sings for The Wonder Stuff” in the introduction to his book, The Wonder Stuff Diaries 86-89. It’s comforting to know that, 30 years after the band first formed and on the eve of a six-date tour, Hunt has lost none of his wry sense of humour or trademark honesty. Next year there’ll be another series of live dates, focused around a new album.

“Eight albums in 30 years, it’s pretty lazy really,” Hunt reflects. “But it’s been really lovely that so many people have stayed with us over the years, even though we took six years off in the 90s and then reformed in 2000. We do it at a leisurely pace.”

Ah, The Wonder Stuff. While Manchester was awash with The Stone Roses, Inspiral Carpets and the Happy Mondays in the late 80s/early 90s, the Midlands was enjoying its own music scene with, among others, Ned’s Atomic Dustbin and Pop Will Eat Itself. In fact, Birmingham-born Hunt and other members of The Wonder Stuff‘s original line-up were early collaborators with PWEI.

I have particularly fond memories of going mental down the student union to The Wonder Stuff on a regular basis, clomping up and down to their infectiously brilliant songs, and playing and replaying cassettes of their albums, all taped for me by my younger sister who had what might now be regarded as an unhealthy obsession with Hunt. 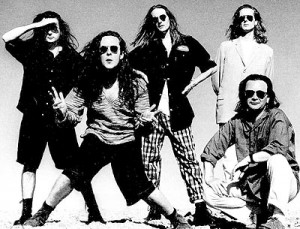 “Back in the 80s, we just thought that was a normal time,” says Hunt in his soft Midlands brogue. “Everyone we knew was in a band or working for a band. And we had a hell of a lot of fun.

“But it was incredible how busy we were at all times. I remember being forced to take three days off from the band at Christmas and it drove me insane. It was all I ever wanted to do, it was all very single-minded.”

The hard work certainly paid off. The Wonder Stuff’s 1988 debut album, The Eight Legged Groove Machine, made it into the top 20, became one of Melody Maker‘s albums of the year, and spawned the much-loved and repeatedly played It’s Yer Money I’m After Baby. Not long after came Hup and the hit single Don’t Let Me Down Gently. By the third album, Never Loved Elvis, they had their first top ten success with The Size of a Cow. Believe me, if you’ve never danced like a nutter to any of these tracks, preferably in a badly-lit basement club with a sticky floor while beer sloshes out of your pint glass, you haven’t lived.

Singles and a couple of albums – all chart staples – followed until the split in 1994. Hunt says: “I just didn’t like the lifestyle. It had become a job. We were working with a major record company and you had to surpass your own success constantly. I didn’t want to be the biggest band in the world, I wanted to be my favourite band. I didn’t care about selling more and more records.

“But once the dust had settled and the line-up had been reshuffled, I took the decision in 2000 to run it [the band] at a level I could enjoy, not like a factory. Basically, my setting is bone idle. And everyone in the band does other things.”

This includes Hunt who continues to produce solo material. But he’s better known for his collaboration with violinist and vocalist Erica Nockalls whom he met in 2005. A year later they began touring together performing acoustic shows including tracks from their own albums in addition to Wonder Stuff material. In stark contrast to The Wonder Stuff early years, today the pair live quietly in South Shropshire.

“We live really rurally and rarely see other humans. I had energy back in the late 80s, I was 20, 22, something like that. I have absolutely no interest in living like that now. 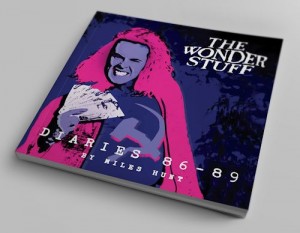 Hunt adds: “If you grow up with the internet, there’s just too much traffic to fill your head with, it’s too difficult to single something specific out. I don’t know how anyone manages to concentrate. It was easy for us – we had the radio to listen to in the evenings. We had people like John Peel. And things like punk rock were earth-shattering for us. Again, it did feel like a normal time and it was easy to focus on it. There were a couple of radio shows to listen to and two or three magazines, that was it.”

Back at the height of The Wonder Stuff’s fame, Hunt was listening to “anything that wasn’t Britpop – I just felt that I’d been there and done that”. He admits that, after the mid-1990s, he lost interest in new music. Today he “tries to buy stuff on vinyl” but by artists he was “listening to 20 years ago” such as Smashing Pumpkins and Dinosaur Jr. “Echo and the Bunnymen, Waterboys, REM’s first five albums, I think that’s about the time I stopped growing musically.”

But if you’re hoping for a reprise of The Wonder Stuff’s early work on the new album (currently titled 30 Times Around The Sun ), you’ll be disappointed. Hunt says he won’t be writing “such bubble gum pop lyrics” again. “The Wonder Stuff has to grow older with me.”

Thankfully, that doesn’t preclude playing the greatest hits when out on tour. So, if you’re never bounced up and down to The Size of a Cow in a field while wearing a cagoule at one of the best events of the Summer, now’s your chance: The Wonder Stuff play the Ramsbottom Festival on September 18. I’ll be the one at the front going ballistic.