Spy on the Tyne

Rosie Setford February 2, 2016 Cinema, Heritage Comments Off on Spy on the Tyne 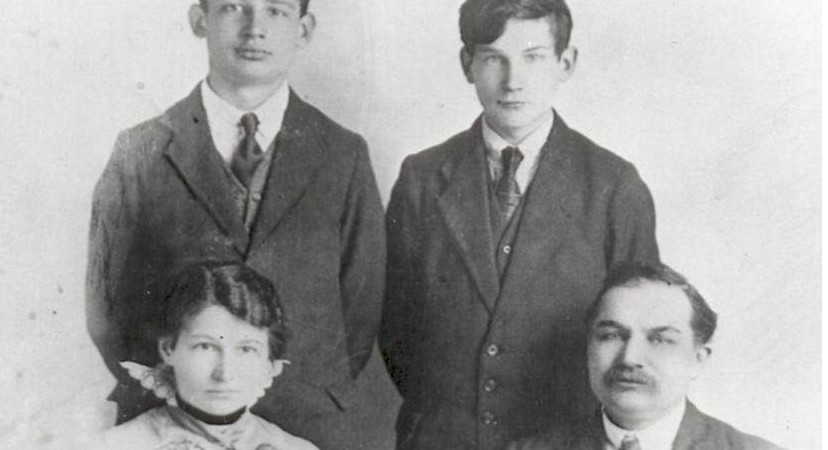 The North East, home to New-cy Brown and the Angel of the North. But did you realise it’s also the childhood home of a Cold War spy?

Vilyam August Fisher, aka Colonel Rudolf Abel, has shot to prominence thanks to the award-winning Steven Spielberg production, Bridge of Spies. Abel, played in the film by Oscar-nominated Mark Rylance, was the Russian spy the Americans exchanged for one their own, Gary Powers. If like me you’ve seen the film, you’ll already be up to speed. What is less well known is that Abel grew up in the windy city of Newcastle-upon-Tyne.

The much-documented story is that Abel was arrested in New York in 1957 on suspicion of espionage. With James Donovan as his lawyer, Abel’s trial lasted for three years before he was sentenced to 45 years in prison. Three years later, American pilot Gary Powers was sent on a mission by the CIA to photograph the Soviet Union from the sky. At 70,000 ft (40,000 ft higher than your average commercial aircraft), Powers was shot down by the Russians, and failed to inject himself with the instructed suicide poison. He was tried and sentenced to three years imprisonment and seven years hard labour for espionage. Donovan put forward the idea of exchange of these two convicted spies, which took place on the Glienicke Bridge (hence Bridge of Spies) on February 10, 1962.

What is of most interest to Northerners is Abel’s life story before his work as a Russian spy. Thankfully, Newcastle University History Society has been on hand to enlighten folk thanks to a recent talk called Spies in Tynemouth. Delivered by Professor David Saunders, who specialises in Russian history, alongside his good friend Vin Arthey, an expert on Colonel Rudolf Abel, the pair laid out the story of the Geordie spy. 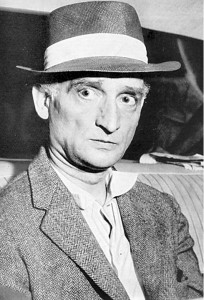 Abel was born in Benwell, Newcastle on July 11, 1903, the second son of Heinrich Matthias Fisher and Lyubov Vasilievna Zhidova. But to understand Abel’s life in the North East, it is also necessary to look back at his father’s upbringing in Russia.

Heinrich was born in the central Russian Province of Yaroslavl in 1871 (incidentally, exactly 100 years before his son died). His German-born father had been hired by a Russian prince to work on his estate and so this was Heinrich’s home before moving to St Petersburg in 1887, where he worked at a German run factory. At the time, the Russian Revolution was gathering pace. Heinrich became a revolutionary, prized by intellectuals thanks to his working class roots, and particularly by Lenin whom he met several times.

Heinrich was arrested by the Tsarist Secret Police in 1894 resulting in three years internal exile in Archangel in the North. After this, Heinrich was disallowed from living in any major city and later given the choice between moving back to Germany, where he would be required to partake in military service, or to a new country.

This is when the North East of England becomes key to the story. Around the turn of the century, Newcastle was a booming industrial centre, famous for its ship-building and metal factories. With the skill set of a metal worker, Heinrich decided Newcastle was the place for his relocation. He found work immediately as an iron turner at the Armstrong Elswick Works, located on the River Tyne. This was considered good industrial work for the time, with wages relatively high (despite Lord Armstrong’s efforts to keep them low) in comparison to other similar factories.

Heinrich and his wife settled in Benwell. As time went on, they moved further up the hill, away from the thick smoke billowing from the factories. It was in Benwell that the couple welcomed their children into the world and, by the time Abel was born, his father was an engine-fitter at the Armstrong Elswick Works.

Meanwhile, Matthias remained committed to the revolution. He joined the Newcastle Socialist Institution which was then on Leazes Park Road, above the current fancy dress shop, Magic Box. Heinrich’s memoirs tell us that he found Newcastle’s socialism unacceptable, far too mild in comparison to the radical Russian socialism he was used to. This led to constant disagreements and arguments with other members of the institute.

And so, shortly after Russia’s 1905 revolution, Heinrich began a gun-running project in order to provide Russia with munitions for their uprising against the Tsar. He set up his organisation at 113 Hampstead Road along with other more radical members of the Newcastle Socialist Institute. This activity resulted in many court cases but he never ended up in prison. 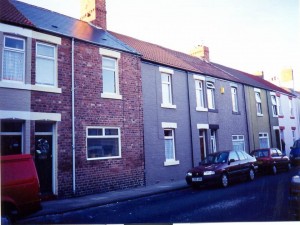 Not long after this, the family moved to Cullercoats, by the coast. The two sons attended Whitley Bay High School and Monkseaton High School and, in 1918, Abel found work as an apprentice at Swan Hunter before enrolling at Rutherford College in 1920. By this time, the Fishers had been on Tyneside for 19 years.

Nevertheless, Heinrich Matthias remained committed to his socialist views. It was not until 1921, when his sons had completed their secondary education and the Russian Civil War had come to an end, that Heinrich felt it was safe to return to Russia for good.

Now Heinrich swapped his membership for the British Communist Party (which he joined at its foundation in 1920) for membership of the Russian Communist Party. Meanwhile, the two boys, now in their late teens, embarked on Russian life for the first time. Abel began his military service and, in 1927, was recruited as a Soviet spy, much to the delight of his father. 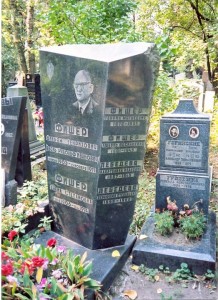 And so began Abel’s lifelong career as a spy. He worked in Norway for several years in the early 1930s, before travelling back to the UK for a year in 1935. During the late 1930s, he worked as a trainer of new spies, remaining in Russia rather than travelling abroad. Between 1939 and 1940, he briefly left the espionage service, working in a plane factory instead. When the Germans invaded Russia, he re-enrolled, putting his German to good use in the art of deception. It was in 1948 that he was sent on his first mission to the US where he spent most of his time until his arrest in 1957.

After the famous exchange in 1962, Abel went back to Moscow. His real name – Vilyam August Fisher – wasn’t known to the West until he died and a monument giving his real name and spy name was revealed.

So there you have it. Who knew Newcastle could be the breeding ground for a future Cold War spy? Or the childhood home of the leading character in Steven Spielberg’s Bridge of Spies?