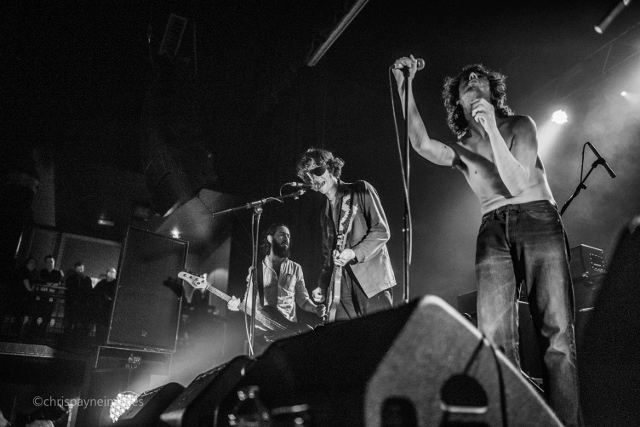 Twenty years ago, the NME launched the Brat Tour. It travelled round the country showcasing the best and brightest new talent in music and coincided with their own Brat Awards, providing a younger, angrier alternative to the Brits which was even more staid than it is now (major winners in 1994 including Sting, Crowded House, Gabrielle and Dina Carroll – ouch). 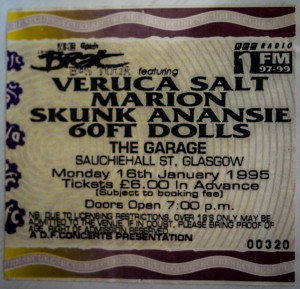 The tour consisted/consists of four bands and the first one featured Marion, 60 Foot Dolls, Skunk Anansie and Veruca Salt. I went to the Glasgow leg of the tour but can’t remember much about it. It was 20 years ago, and I had had a couple of Tennents, but my memory is usually quite good where gigs are concerned. No, I think I have difficulty remembering because I was concussed.

Veruca Salt were headlining and I do remember the crowd being particularly up for it. Skin, the formidable lead singer of Skunk Anansie, was obviously up for it as well – and proceeded to run across the stage during one of Veruca Salt’s numbers and jump straight into the crowd. As she was carried across the front by the young Glaswegian throng, there was little I could do about her be-leathered knee connecting full-on with my face. Don’t remember much after that. I do remember the ringing in my ears, the tears running down my face and the throbbing sensation in my nose. Ooft. Later that evening, when I got back to my student halls, I attempted to wash my face. As I pulled 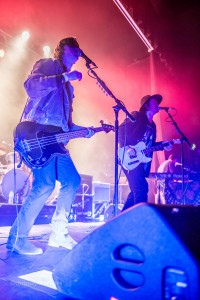 the face cloth down my face, I felt as if the tip of my nose was being pulled off – only connected by a string to the rest of my head. A most curious and exquisitely painful sensation.

And so it was with trepidation that I approached the Manchester Ritz for the 20th NME Tour (now snappily named the ‘NME Awards Tour 2015 with Austin Texas’). What could possibly go wrong this time?

Well, in the intervening years since the Glasgow Garage in 1995, I’ve only ever seen stage diving at large festivals – never in smaller gigs (and I’ve been to a few). At The Ritz our friendly Showsec security guard informed us that there was likely to be two instances of stage diving – two different bands had previous. Great. Well, great for a photographer – someone jumping off the stage would provide a cracking photo opportunity. Not so great was a slightly increased chance of my neb being in jeopardy once more. 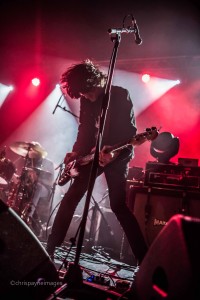 Opening band The Wytches (a late replacement for The Amazing Snakeheads whose drummer quit earlier in the week, leading to the end of the band. Sad – they were the real deal) were non-jumpers. But boy were they loud. Their sound has been described as “surf-doom”, and who am I to argue? All I know is that the crowd went batshit to the distorted punk guitars, cymbal-heavy drums and accompanying feedback. Full on. And they didn’t break my nose once, so there’s that.

Next up – Slaves. Fresh-faced, garage punk, skinhead cool, and they were incredible. Only a two-piece with frontman Isaac Holman doubling up on drums and Laurie Vincent on guitar, they made the sound of a five-piece. Holman batters the kit standing up with a venom that suggests he wants to destroy it. Personal highlights were Where’s Your Car, Debbie and Feed the Mantaray. Funny, fresh, self-deprecating (“what a silly song…” they both admit after Debbie). My new favourite band.

The Fat White Family were ace. A ramshackle bunch with a controlled 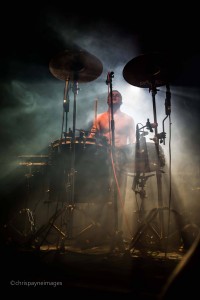 mess of a sound (GQ recently described their music as “grotty and carnal”). In parts psychedelic rockabilly with elements of The Clash and The Doors, they were a real shot of genuine rock ‘n’ roll. They sound like the death of the 60s – and so it’s no surprise to learn that they have an offshoot called The Fat White Manson Family, playing only Charles Manson covers. Lead singer Lias was a rumoured jumper, but he chose not to tonight. He even kept his trousers on…

Palma Violets headlined to a rapturous reception. They already had a substantial following when they released their first single – prompting many to point out their similarity to The Libertines. They were certainly the most conventional of the four bands on the bill. A safe pair of indie hands, but still with a bit of edge and a rousing end to the proceedings. 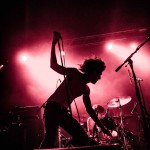 All the bands on the NME bill had an element of threat about them. An unpredictability. But I’m not sure there was the variety of some previous line-ups – it was all a little dark (Slaves‘ garage poetry excepted). Nevertheless, there was a really positive vibe at The Ritz; the crowd were in the mood for it from the get-go and I suppose the programmers went for bands who would sustain a similar crowd rather than split them into factions.

But did I get away from the gig unscathed?

Well, the stage divers didn’t materialise and my nose cartilage stayed intact. However, I did manage to pick up my first ever photography injury. The pit was quite narrow and so it was a bit of a squeeze to get past other snappers in the area. Towards the end of The Fat White Family’s set I ducked down to get out of the way of another guy – just as he was bringing his camera down to check his settings. Caught me square in the temple. Still got a bump nearly a week later. I’m wearing a helmet next time.

Words and Images by Chris Payne 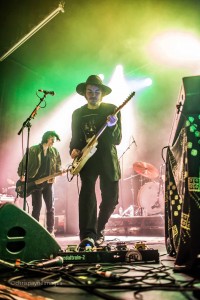 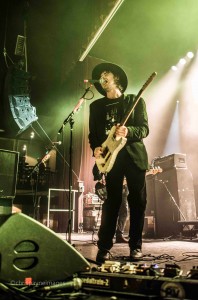 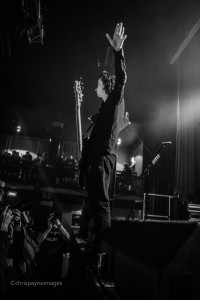 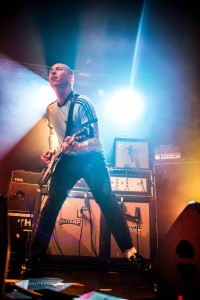 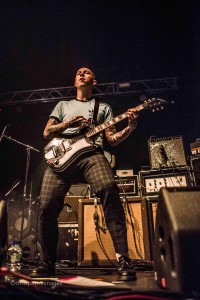 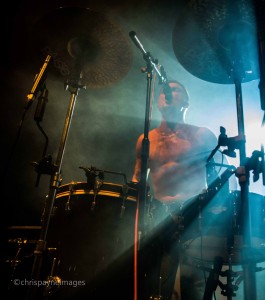 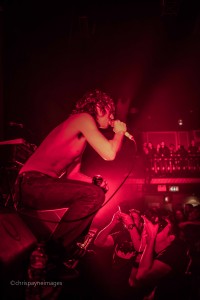 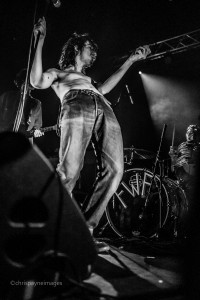 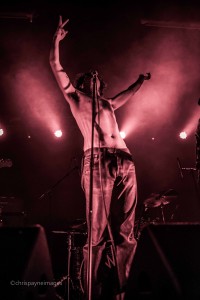 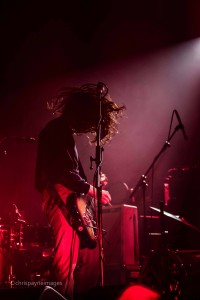 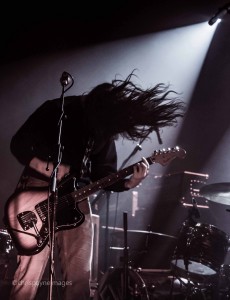 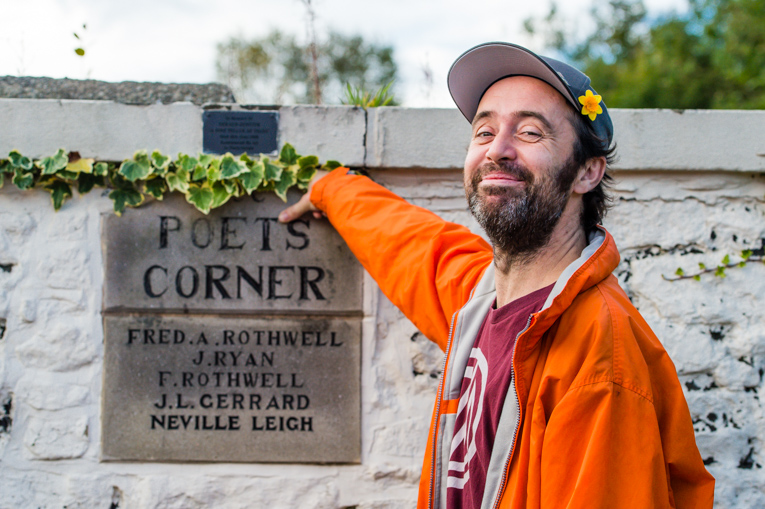 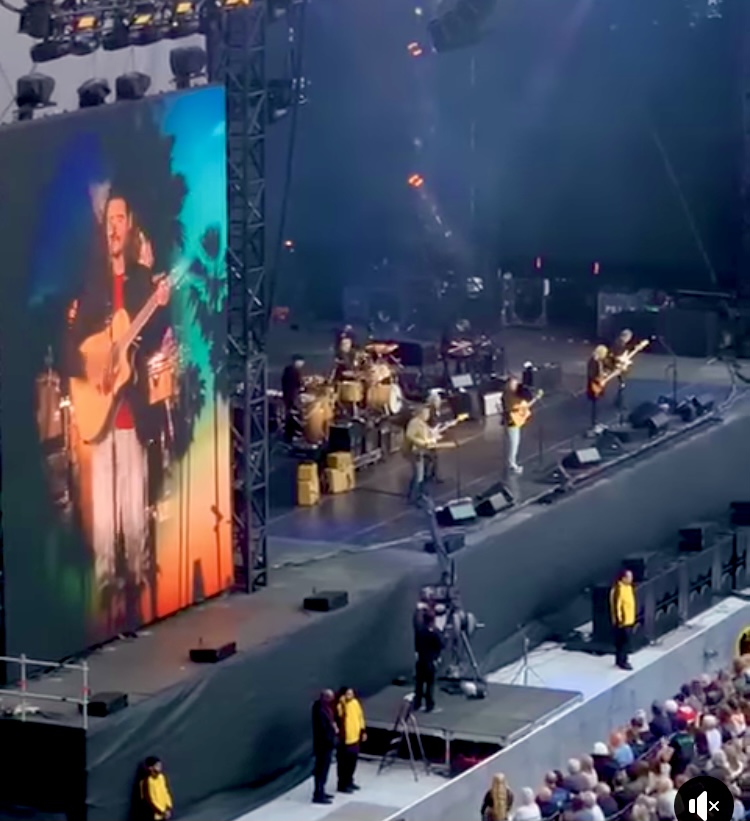 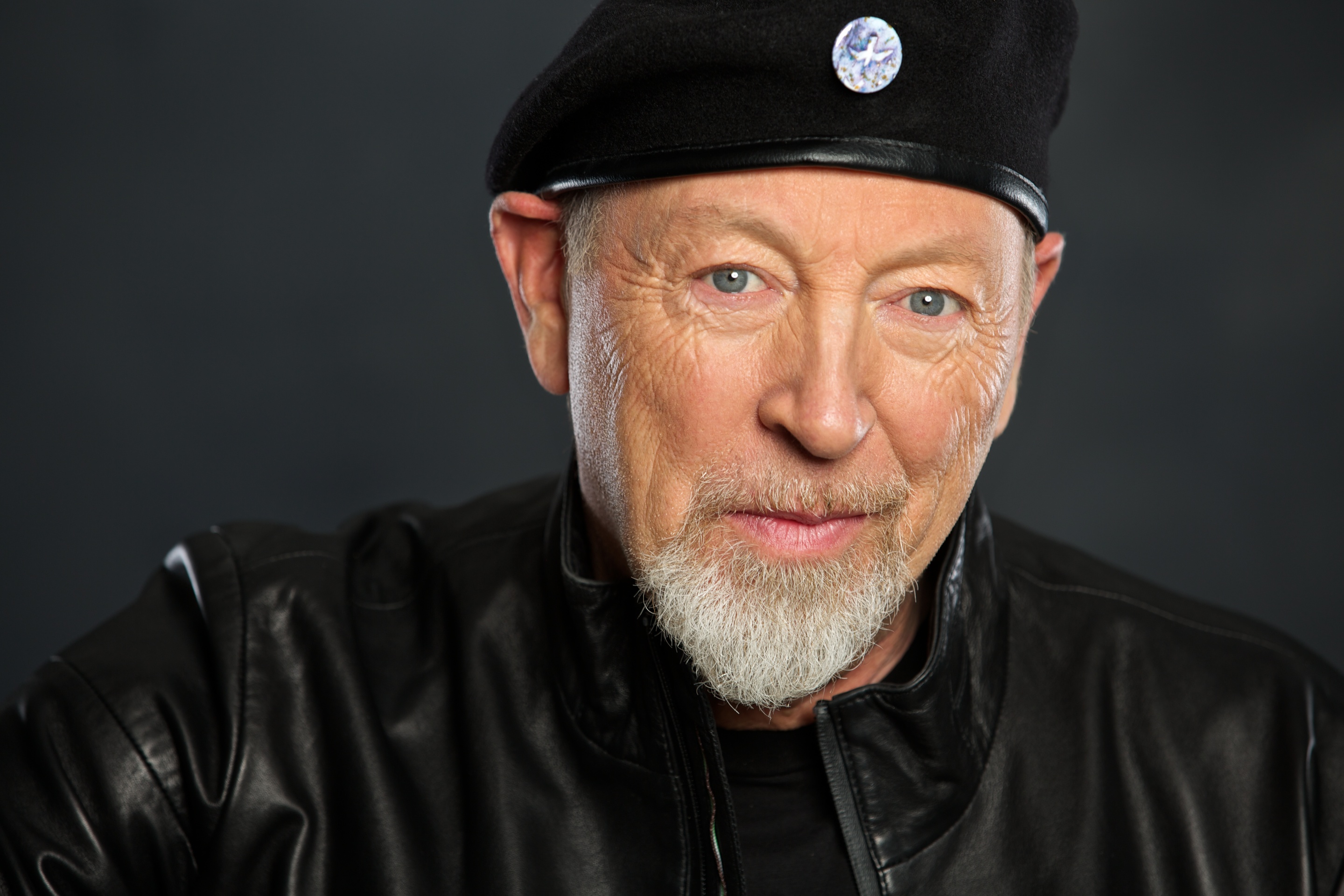 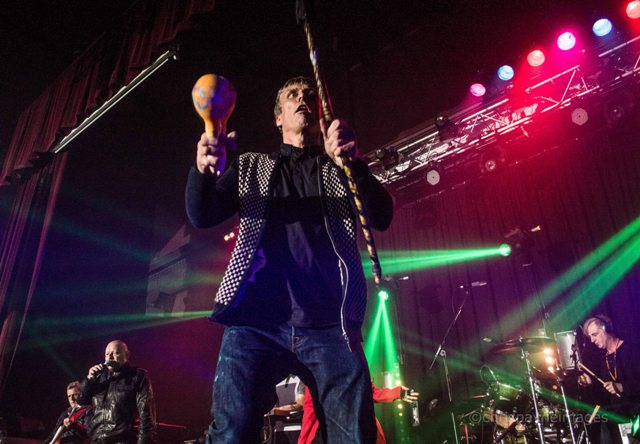 Call the cops: Happy Mondays are back in town