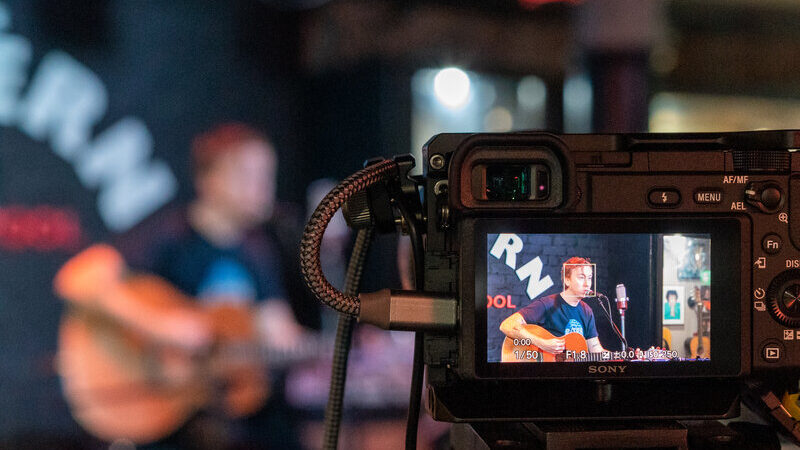 For a venue synonymous with The Beatles and well-used to packing out its basement, 2020 has seen its acts playing to an eerily empty room. But The Cavern Club in Liverpool is still going strong.

As an alternative to the normal running order, the club is now hosting The Cavern Live which brings its usual experience online from 12pm to 10pm every day of the week. Yes, only seeing The Cavern’s iconic bricked interior through pixels on a screen prevented feeling the atmosphere of the room and hearing the instruments organically, but the resident musicians did a spectacular job of putting on a socially distanced show.

When I tuned in at 7pm, veteran rocker Paul Kappa was on the screen. He claims to be in the best band you’ve never heard of, and didn’t disappoint. Kappa’s skilled, speedy playing would have given guitar’s greatest talents a run for their money. With a set list consisting of a slew of classic rock tracks and blues songs, peppy originals combined with tunes ranging from Hank Williams’ Kaw-Liga to AC/DC’s Whole Lotta Rosie. It was hard to tell where the originals began and the classics ended. While it was impossible to be sure if his rock and roll roars filled the room, they certainly filled my headphones. 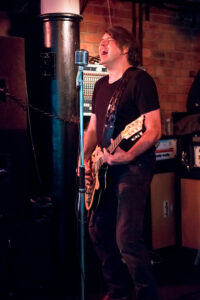 Kappa’s stomping throughout the show helped to power his set and kept the rhythm going throughout. At no point did his energy wane as his songs melted into one big rock amalgamation. The only thing that could stop him was a technical issue, which he managed to cover up with an in-depth description of Star Trek’s Spock as pictured on his sleeveless shirt.

Commanding the stage without an audience is difficult for any musician but he did an excellent job, even without the backing of his eponymous band. Kappa finally bid the stage adieu with a “live long and prosper”, something The Cavern is certainly doing.

The next act on the roster was Tony Skeggs, or Skeggsy as he dubbed himself. The night took a more relaxing turn after such an energetic act. Transitioning from Kappa’s glimmering electric guitar to a jangly acoustic with one of Skeggsy’s Lazy Sundays was a much-needed unwind. Sporting a comfy black top, jeans and rose-tinted glasses, Skeggsy played some Christmas tunes as well as versions of various retro rock acts. Alongside jaunty covers of Rockin’ Around the Christmas Tree and Walking in a Winter Wonderland, further stand-out moments were the acoustic renditions of hits such as Elton John’s Rocket Man and The Doors’ Light My Fire, which worked in a toned-down style. 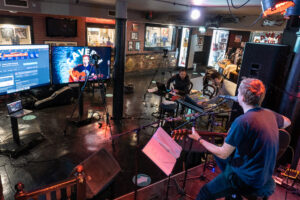 Despite the audience not being there in person, Skeggsy managed to successfully generate a close-knit atmosphere. As he spoke softly in-between songs, gave titbits about the tunes he had played and addressed viewers directly, I felt right at home with the digital regulars whom he seemed to know by name.

He ended his set rather aptly and, as he always does, with a Beatles’ track. His cover of I Wanna Hold Your Hand was a lively and sweet finish to a cathartic act.

Even without being able to physically venture underground into the famous Cavern, the venue’s classic rock spirit is still alive and still timeless. 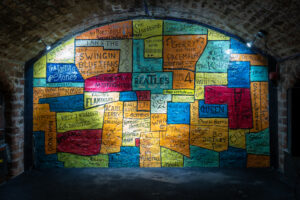