Online Theatre Review: Dream, The Audience of The Future Consortium 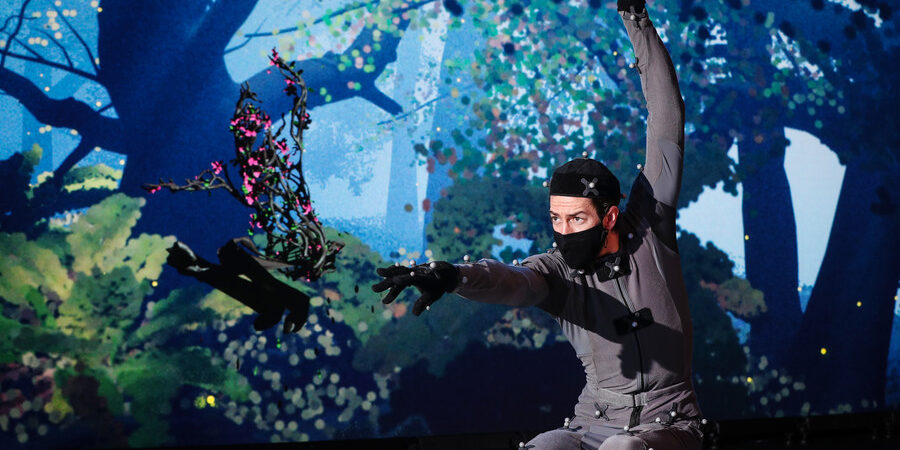 Last night I dreamt I went to watch live theatre again. But it was just a Dream. And by Dream, I mean an online interactive live theatre experience where actors don motion capture suits and move and speak into an empty space.

Dream, created by the Royal Shakespeare Company (RSC) with Marshmallow Laser Feast, the Philharmonia Orchestra and Manchester International Festival (MIF), is billed as a ‘glimpse into the future of live performance’. The show uses real-time motion capture technology as the culmination of a major piece of cutting-edge research and development that explores how audiences of the future can experience live performance remotely. The information produced is then transformed through online gaming technology to images and voices moving through a graphic landscape overlaid with music and sound.

Beforehand, we’re told that ‘by sharing [a] different approach to storytelling’ 15 pioneers in immersive technology are discovering ‘new ways for real-time immersive performance to be delivered across multiple platforms’. As far as I’m concerned, the key word here is ‘storytelling’ and in Dream there is less of this than meets the eye.

Inspired by Shakespeare’s A Midsummer Night’s Dream, the show centres around the character of Puck who leads the audience through a magical forest where we meet the fairies Mustardseed, Peaseblossom, Cobweb and Moth. Occasionally, the screen splits and viewers are invited to launch a fairy to a certain part of the forest in an effort to deliver a special flower to Puck. Unfortunately, this on-screen version of the famously mischievous Puck is far less interesting that one we might encounter in a stage production. 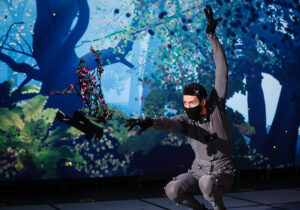 EM Williams, whom we meet in ‘the lobby’ as part of the introduction, seems charming, cheeky and perfect casting for Puck. But in Dream they are transformed into a grey version of one of those wooden dummies that are used by people learning to draw, with an expressionless blob for a head. I was expecting something much more extraordinary. Their voice is expressive enough, but it just doesn’t seem to come from the character on screen.

Before I go on criticising what is undoubtedly a remarkable technological achievement (which is exactly what it is – but not a piece of drama), I should declare that I’m seriously old and haven’t played a computer game since Space Invaders. I found the work on screen impressive, but lacking content. For me, the most interesting part of the show was when it moved from the ‘forest’ and into the studio, where we were simultaneously shown the actors working in their motion capture suits and how that appeared on screen. 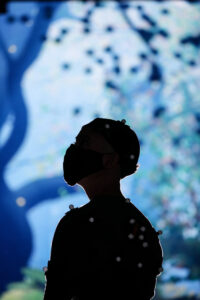 There are interesting things happening here, even if they’re not yet fully realised. I attended a Q&A event prior to the performance where every person involved in the process appeared to be excited about Dream – and there’s certainly a lot of them. There are also lots of people and organisations credited with funding the programme, but I couldn’t persuade anyone to divulge the budget. It’s a lot, I imagine.

But what I don’t understand is why it needs to be live. Given that the end result is a digital representation, and that our responses did not seem to be affecting the direction of the action, the show could easily be pre-recorded. You might say the same about a stage play, but a live performance, and I’m going to sound right pompous here, is about the electricity between the actors and the audience. Pre-recorded work allows you to watch a specific iteration of a production, but there’s no sense of the expectation that occurs during live theatre. There’s no risk and no ‘playing’ between the actors for the audience, which they have to do when they’re on stage every night. 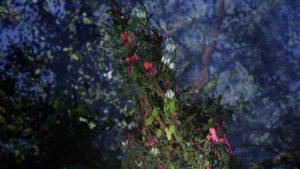 But what about the future of performance post-COVID-19? Well, this might be one of several futures. But only if you’ve got a lot of money. Of course, some theatres do have bigger budgets. The Royal Opera House sold one of its Hockneys last year for £12 million to help ease the impact felt by the coronavirus pandemic. Perhaps if Oldham Coliseum had a few Lowrys knocking about, it could sell those. If only. 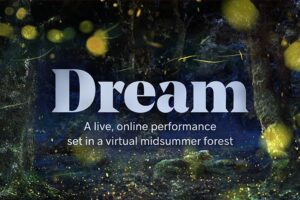 Dream is on until March 20, 2021. For more information, visit dream.online. (While Chris experienced connection issues when using Firefox, he found that Google Chrome worked best for viewing this production.)