When Theresa May signed Article 50 and triggered the start of Brexit, I was reminded of the statement by Richard Mantle, general director of Opera North, on the eve of the referendum in which he spoke of the “enormous talent pool which is Europe” and his fear that isolationism would diminish that pool available to British opera.

Last year I joked here that ‘Opxit’ was a devious plan by English Gilbert and Sullivan fans to get opera out of Europe. It would seem that my satire contained more than a kernel of truth: there is a real fear that Britain’s withdrawal will affect opera in this country. I for one hope not but I will be keeping an eye out for any changes and will keep you abreast of them.

It is with some pride that I say all the operas I’ve seen over the past couple of weeks have been European. Humperdinck, Handel and Puccini penned these great compositions, directed, designed, staged and sung by Europeans, and they were all good. Opera North’s production of Hansel and Gretel by Engelbert Humperdinck was as stylish as it was innovative. Once I’d removed the image of 60s crooner Gerry Dorsey from my mind (I bet you were thinking of him too) I settled down to watch the show.

The opera pretty much follows the narrative of the fairy tale with brother Hansel (Katie Bray) and sister Gretel (Fflur Wyn) getting lost in the forest and coming across evil witch (Susan Bullock, who also plays Gertrud, the mother) with a house made of gingerbread to lure small children into her oven. All three held the piece together with gusto performances beautifully sung and acted with slapstick timing. I loved the use of a live video camera on stage to enhance the visuals of what could have been a static stage design. I’m not sure of the faux Christmas ending, which, in the middle of March, struck a false note. Finishing with the exploding witch would have given it more bang for my buck. 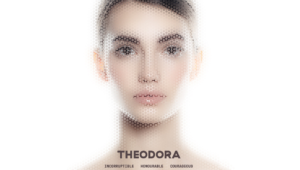 One of the great joys of this job is my visits to the Royal Northern College of Music to see the student productions. Handel’s Theodora proved to be no exception. I viewed my visit with a little worry. Handel can be a tough nut to crack and needs strong voices for all those troublesome 18th century arias. Didymus (Chelsea Burns) and Theodora (Samantha Clarke) were outstanding as the doomed Roman and Christian lovers; as incorruptible, honourable and courageous as the tagline suggested.

They were dutifully supported by Septimius (Loius-Charles Gagnon), Irene (Rebecca Barry) and Valens (Edward Robinson). The modern setting, lighting and costume design gave Handel’s work a contemporary and relevant context. But the real revelation of the performance was the chorus, which moved me beyond words and to tears several times (I wish I had the space to name them all). A big bravo must go to Kevin Thraves, the chorus master. The RNCM always astounds me and long may it continue to do so. I am also pleased to announce the arrival of a wide selection of gins in the bar with wonderful support from Fever Tree tonic. 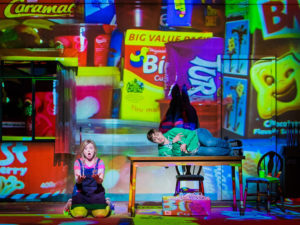 My final opera of this Spring season was a brilliant performance of Puccini’s classic Madam Butterfly, streamed from the Royal Opera House. Under the direction of Moshe Leiser and Patrice Caurier, conducted by the ever-masterful Antonio Pappano, they brought a performance of such emotional intensity from Ermonela Jaho as the tragic Cio-Cio San (Madam Butterfly) that it took my breath away. I barely acknowledged anyone else on stage such was the power and range of her voice.

As the sun set, she waited silently for the return of her husband, Pinkerton (Marcelo Puente). A wordless chorus hummed Coro a Bocca Chiusa and the tears fell from her eyes as they did mine. It was the most moving Butterfly I have ever seen.

It’s been a great opera season in the North again and I look forward to some of the gems coming our way in Summer, especially a new production of Turandot by Opera North at the Grand Theatre in Leeds. But most of all I look forward to keeping opera European.