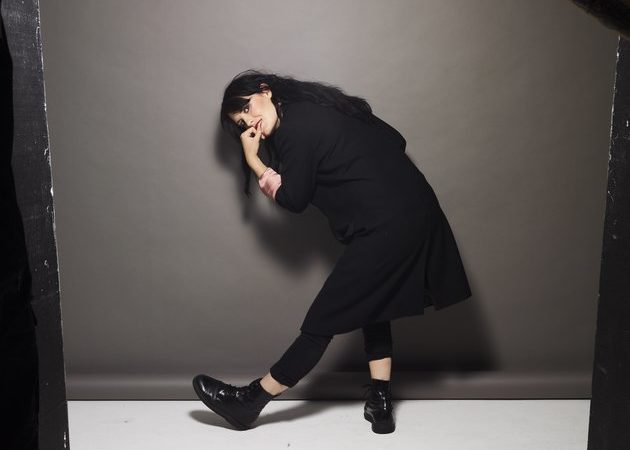 Releasing that difficult second album is always a big moment for any artist. For Ren Harvieu, though, it holds a special significance.

“It feels like a massive milestone,” she says. “It’s been eight years since the first record. I didn’t actually think there would be a second album. It’s been such a roller-coaster at so many points over the years, I didn’t really think this was gonna happen. It’s turned out that it’s happened, but above and beyond any expectations that I had, with the best label that I could have asked for, the best music, that I’m so proud of, and an amazing band.”

The album in question, Revel in the Drama, is out on Bella Union. It’s sparky, melodic, sultry and sometimes intense, altogether such a quantum leap from her 2012 debut Through the Night that it feels like a fresh start entirely.

When Northern Soul last interviewed Salford-born Harvieu back in 2015, she was talking up new songs and influences. “Actually, I read that interview back,” she says, “and I kind of wanted to give myself a hug. I could feel from the things that I was saying – because obviously I’m me, so I know me quite well – I could sense that there was sadness there. There was some anger as well. There was a lot of anger, around that point. I said something in that interview about having somewhere to put my rage. I was working through so many high emotions at that point. I was talking about the next album, I was talking about the songs, but…it’s not that I’d given up, but I was definitely in a very dark place around that time. There’s maybe one song from back then that’s on the new record and that’s a very angry rock song. I wouldn’t have thought then that everything would be as great as it is now.”

Back in 2015, Harvieu had just started collaborating with Romeo Stodart, singer/guitarist with The Magic Numbers, who got in touch to suggest writing songs together after seeing her perform on the BBC TV music showcase Later. “The first day we wrote together I said that I think I’ve met my musical soulmate,” she says. “Although he’s from the Caribbean, a very sunny climate – not like Salford – we’ve actually had quite similar childhoods and similar experiences. So, when we met it was a bit like we’d always known each other. Once we started writing, everything was kind of good.” 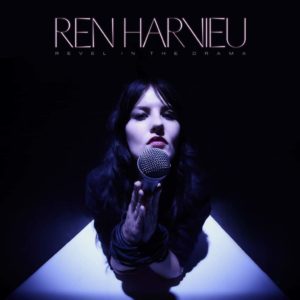 This deep connection with Stodart – they’ve become more than just writing partners – seems to have been a turning point for Harvieu.

“It couldn’t have happened at a more needed point in my life. One of the first references he sent me for us writing together was a deep-cut Siouxsie and the Banshees track. I’d been used to everybody just trying to do this 60s throwback sound with me – and I wasn’t really into that anyway. Right from the off, Romeo kind of got me a little bit. After feeling like nobody gets you for so long, all of a sudden, you’re sat down with someone who’s, like, laughing at your macabre jokes. Then you don’t feel sad that you’re strange. You feel fucking amazing that you’re strange, because it’s being celebrated.”

With new material coming thick and fast, Harvieu landed a record deal with the supremely artist-friendly label Bella Union, run by ex-Cocteau Twin Simon Raymonde, who gave her detailed written feedback on each song. Gradually, she began working her way towards a new album.

“It was just deciding what kind of vibe to put on it. I was very conscious that I didn’t want to have an album of ballads, because that’s not what I’m into anyway, but you have to have that beauty there, because I like that. I was conscious of what kind of full body of work I wanted the second album to be and then also trying to discard any kind of outside noise. Even saying that I didn’t want ballads on the album, it’s like, ‘well, for who? Who are you thinking about? What do you want?’ It took me a while to put trust in what I instinctively thought was great. But I also had a lot of time to overthink it. I’d go ‘I don’t want to do that song anymore. I’m over that one now’. I wouldn’t listen to it for six months and then I’d hear it and go ‘Oh shit, it’s amazing. I’ll guess I’ll have it back again, then.’ There was a lot of time to sit around and think about it, which isn’t good, I don’t think.”

Part of the process has involved Harvieu moving from Manchester to London and she’s certain that this had its own impact on her work.

“In Manchester, I’m Loz. My first name’s Lauren and in Manchester everyone knows me as Loz. Everyone around me has known me growing up, seeing me in my pyjamas with a ponytail – Salford pineapple, they call it. That is who I am, of course, but I had to dare to take myself seriously. I feel like, when you’re surrounded by people who’ve always known you, it’s a little bit more difficult to spread your wings in that way. In London I didn’t know anybody, and no one gives a shit so you can do whatever you want. I just needed a bit of breathing space to figure out what kind of artist I wanted to be, because I’m so ingrained in Salford. I’m so ingrained in Manchester. I know every street. There’s been an incident on every corner, it’s like, I get PTSD going past the school bus stop I used to wait at. There’s so much emotion for me embedded in Salford and Manchester that I needed to just break out of it a little bit. That’s not to say I won’t come back. I would love to at some point.” 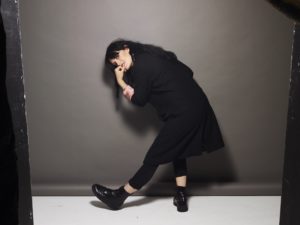 In London, Harvieu and Stodart present their own Sunday radio show for the online Boogaloo station and this had a direct influence on her, too. “Just having that, I’m always on the quest for new tunes, and it’s been a real surprise to me to figure out what I’m really into. I like psychedelia. I like freaky Gothic folk. I love soul. I love everything, man, everything. And as I’m getting older, the more excited I am and I’m not feeling I need to be confined by anything. Sometimes I’ll do jamming sessions or and I don’t sing, you know, I’ll do something else. I’ll play an instrument I don’t even know how to play, but something comes out of it. Probably the greatest gift I’ve had over the past couple of years is that I’ve become curious again. So – ha! – nose flutes all round, you know?”

The title of Harvieu’s finished album, Revel in the Drama, feels playful and tongue-in-cheek.

“Yeah, totally,” she says. “When I was writing with Romeo, I often used to say, ‘I just want to let the listener have it, I want them to revel in the drama of it all’. I wrote a song called Revel in the Drama that isn’t on the album, but it’s about deciding to revel in the drama of your life. Drama doesn’t have to mean that you’re looking for drama and conflict. It means just turning up the sensory fucking buttons. We do tend to drown things out and numb things out and I’d definitely done that for a long time. Even daring to be vulnerable and daring to have hope and to try is revelling in the drama, I think, because it’s so easy to give up. So, I wanted a big, grand title for the album. I thought it was funny as well. Everyone’s trying to be so cool all the time and I just thought, Revel in the Drama – it’s so OTT.”

Asked to nominate a song on the album that she feels typifies her new approach, Harvieu chooses Spirit Me Away. “It’s a big song but it’s dark, a Gothic musical kind of number. It’s actually about growing up in Salford and daring to dream but it’s also about depression, that black dog that’s following you home. I think it’s quite a brave song and an unusual song. Even being able to have that on the record I think just shows you. Probably if I was on a major label, people would be saying ‘maybe take that one off’.” 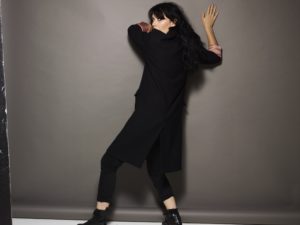 Ultimately, though, Harvieu is happy to say that, for all the obstacles and delays, Revel in the Drama is the album she was trying to make all along.

“Yeah, for sure. And also, the record is pretty upbeat. I’ve rediscovered that I’m kind of daft, kind of silly. When you go through a proper dark patch, you lose yourself a little bit. Then once you get through it and you start coming back to who you are, everything becomes colourful again. You start making yourself laugh and you start making other people laugh and you realise you’re not this introvert sort of person that you told yourself that you were. That might be a little part of you, but I’m 100 per cent an extrovert, a show-off. I’ve wanted to push that away from myself, but it’s there. A lot of the album, the first half anyway, is pretty upbeat because I also fell in love. There were some high emotions going on, you know what I mean? Great writing material.”

As for where Harvieu goes from here, there will be a tour – currently postponed due to the coronavirus crisis, but it will be rescheduled – and her third album, she says, is already “pretty much done. I was going through a lot writing the second one, but now it’s going to be new albums, new music all the time, all the more experimental, just trying things out.”

She talks enthusiastically of plans for all manner of records to come. “Oh my God, so many. I still want to do my sort of Frank Sinatra ‘after hours’ album, where I’ve got a microphone with the suit jacket over my shoulder. I want that kind of sound, but with ‘girl from Salford’ lyrics. That would be great. And yeah, a Gothic folk album. And a psych album. You know, let’s hope Simon Raymonde’s up for this. He could be like, ‘this one’s got nose flute on every track’ and he’ll be pulling the lever for the trap door.”

Revel in the Drama is released on Bella Union.