Formed in South Manchester, The Mouse Outfit began life as the live band at In the Loop, a hip-hop open mic night in Fallowfield. These nights saw them make the artistic connections that would help create the acclaimed 2013 debut album, Escape Music. Five years later, and with many BBC sessions and festival appearances behind them, their reputation for developing local talent continues to grow with third album, Jagged Tooth Crook.

This album has been put together by nearly 30 musicians, producers and singers. There’s representation from artists like Blue Note and The Cinematic Orchestra, as well as a host of up-and-coming Manchester talent including Kinkai, Berry Blacc, Ellis Meade, Dubbul O, T-Man and Layfullstop. 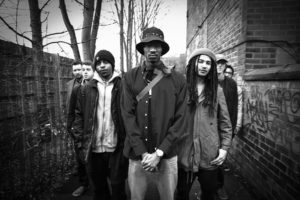 While the album has a multitude of guest vocalists, it doesn’t feel like a compilation. The overall mood is more laid back than their previous releases; the interweaving hip-hop vocals are given an almost soothing tone by the surrounding lounge grooves from founder members Chini (keys) and Defty (bass).

Last year’s single, I Wonder, features rising star IAMDBB whose urban jazz style features on four songs on the album. She’s probably the most well-known guest on the album, having been one of the BBC Sound of 2018 picks, and the seemingly simplistic chords and homely kitchen utensil-like percussion backing allow her to shine.

This style, as well as her performance on Feeling High, brings back memories of the trip-hop era, from Tricky’s Maxinquaye album to Morcheeba.  Elsewhere there’s a retro vibe with echoes of classics by Nas and Pharcyde, along with the variety of the Handsome Boy Modeling School project. 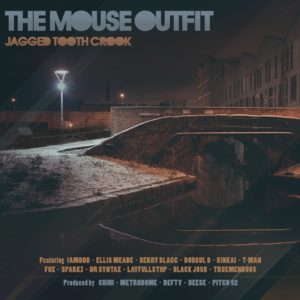 Lyrically, themes of identity, adversity and hardship are found throughout the album, a snapshot of the state of the nation. There are the challenges of getting harassed on the street, social media ‘friendships’, and the reliance on possessions and money (“got us living in this paper chase day-to-day”).  We’re reminded that life is ‘already hard enough’ and on the title track, Kinkai sums it all up, “I got 99 problems but I’ll solve them when I’m ready”.

It’s not all doom and gloom though. There’s a hint of change in the air in Revolution, (“Revolution coming again / This is human evolution my friend”) and a resistance to conform in the excellent Won’t Lie Down.

The underlying music is accomplished throughout, full of jazz licks and flourishes without being ‘muso’. It’s understated enough to let the vocals breathe despite being, in many cases, good enough to be an instrumental in itself. Even tracks like Repeat and Trigger the Wave, which demonstrate rapid fire vocal dexterity, still have this chilled control holding it together when the temptation could be to resort to grime or trap tricks. As a result, it’s the perfect album for a Sunday morning as well as a Saturday night.