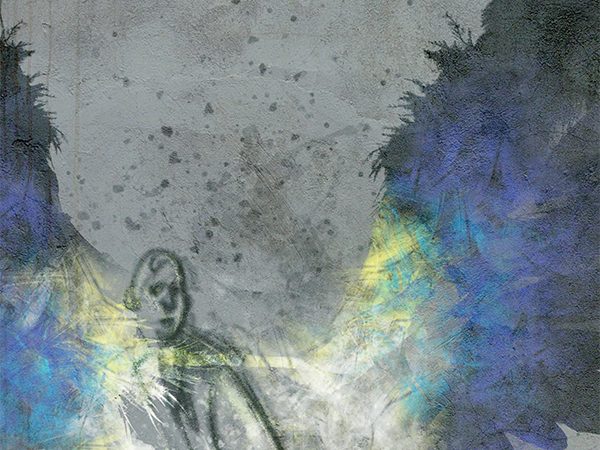 There may not be a specific, genre-fitting description for the art Mark Storor creates except to say, as the Royal Exchange does of its new collaboration with him, that he “makes work in a unique place between live art and theatre”. It also observes that “he specialises in giving voice to those we rarely choose to hear, often collaborating with people from vulnerable and marginalised communities or with those living with chronic illness”, as often as not working over several years.

So it’s pretty brave of the Exchange to put the world premiere of Little Sister in the main house, not least as the closest you can get to a description of the production might be to simply say that over the past 18 months Storor has been visiting the theatre to work with a professional clown, an aerialist, and a classical cellist who plays the saw, together with community participants from Tameside Women and Their Families Centre, the Royal Exchange’s Progression Group, and City of Sanctuary’s Conversation Club (for refugees and asylum seekers) to create a new production together, loosely based on the Brothers Grimm fairytale The Twelve Swans.

Describing his process of working with the community groups, Storor begins by telling me how fervently he believes “art is essential to our humanity, it’s the very core of who we are and part of our soul. Art is about storytelling and making a piece of work allows us to look at the things that maybe we can’t talk about so easily.” 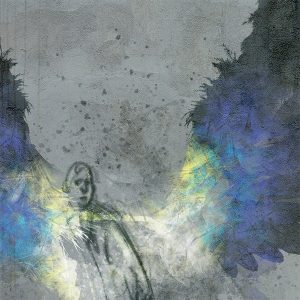 To begin working with the community participants, “we have to create a language for ourselves that we all understand. Ordinary everyday objects like buckets or knifes and forks can be transformed to tell stories,” he explains, directing my attention to the various everyday items in the rehearsal room. “So the way to tell stories for me is a very domestic language. The rituals of everyday life and of home is a language we all understand, one that’s very safe for people and one which crosses cultures. I feel you never need to have left home to live an epic life because how we react to one another and respond tells us everything about what it is to be human.

“So we take those things but, like turning a kaleidoscope, slightly change them. That’s how we can tell stories. It can sometimes seem that art has been made mysterious, something for academics. That’s not true, it’s about how we can tell a story in the best way.”

Very early in the process of creating Little Sister, he tells me, “we asked everyone involved, the professional artists and the community performers, to do life-sized self portraits. Then everything we need to craft a narrative of some sort comes from the self-portraits.

“What has been fantastic about working with the Royal Exchange is that we did something together that was really special. In order for everyone to understand the work, or its language, I did self-portraits with about 50 of the staff because it was so important for everyone to understand what it might mean for someone to be involved in the piece. Working with nearly the whole Royal Exchange staff like that was a brilliant way of considering what theatre might be, how do we make work, what is important, and how do we keep developing things?

“When we’re working with a real, lived-life story of someone who might possibly be in the production, it’s really important that we’re very sensitive to that and that we honour it the best way we can. So how we make the work, how we behave towards one another, whatever we do, we do it with an understanding that we need to be very careful and gentle with people’s stories. Because unless it’s important and meaningful to us in a very deep way, why on earth are we putting it in front of an audience and asking them to engage with us?

“What we’re looking for is finding a language that we share that’s totally about performance but might edge us into something else. So it’s really important that we have that dialogue with an audience as well. I’m not interested in provoking people but in saying ‘how do we communicate with one another?’ Sometimes that means putting things in front of people that may be a bit difficult or not quite what we’re used.

“But I really believe that we’re in dialogue together, and I love that.”

Little Sister is at Manchester’s Royal Exchange until August 7, 2016