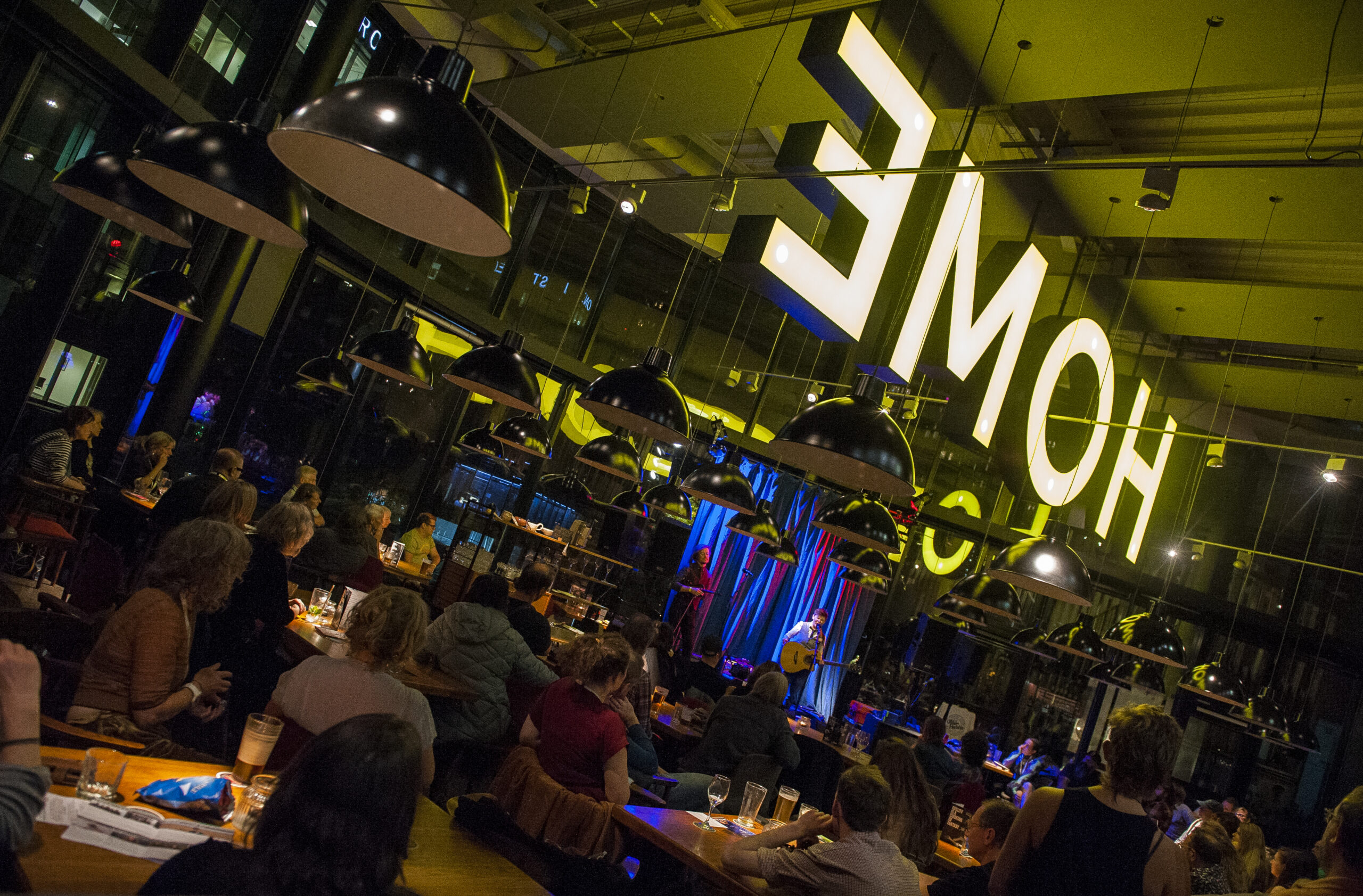 The latest edition of the annual ‘urban folk festival’, taking place this year at HOME and four other nearby central Manchester venues, once again showcased a dazzling array of established and up-and-coming artists who each, in their own particular way, lived up to these lofty ideals rather than any more hide-bound concept of folk.

Early on Thursday evening, free-form songwriter Rachael Dadd bravely sought communication with the many people disconnected from their communities in the surroundings of the Peter Street venue that currently trades as Impossible. Meanwhile, in the far more salubrious surroundings of HOME, celebrated vocal trio Lady Maisery wove together traditional repertoire and their own original compositions to profound effect.

Then there was The Magpie Arc, a new full-on electric band featuring the multi award-winning talents of Martin Simpson, Nancy Kerr, Findlay Napier, Tom Wright and Alex Hunter, who strove to prove that ‘if it’s too loud, you’re too old’ by way of introducing their first full-length album Glamour In The Grey. On its imminent release, the musical references to AC/DC and Led Zeppelin as much as to Fairport’s seminal What We Did On Our Holidays are likely to startle the more conservative folk-rock crowd, I can’t help feeling. 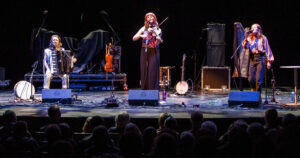 Friday night’s headliner at HOME, the equally fearless Thea Gilmore, questioned her characterisation as ‘folk’ but delivered a characteristically acerbic and compelling set of highly personal songs. Preceding Gilmore came other fascinating women performers, with Clare Sands from Ireland brilliantly (and bi-lingually) channelling the music of her ancestors while, over at Impossible, Flo Perlin and Hollie Rogers upturned any lingering notion of the polite singer/songwriter woman.

Elsewhere in HOME, Reg Meuross and concertina player Cohen Braithwaite-Kilcoyne previewed Stolen From God, a narrated song cycle about the south west of the UK’s economic reliance and influence in the slave trade. Complete with a powerful guest appearance from Angeline Morrison (who was thrilling in her own show the following afternoon), and the young, show-stealing Irish showcase act Moxie, they gleefully pulled Irish traditional music into the 21st century. A tad more respectful of Irish traditional music, but no less entertaining for all that, the Daoiri Farrell Trio warmed things up on Sunday with a well-received set demonstrating exactly why the personable singer and bouzouki player wins so many awards.

If any further proof should be required of the breadth of the festival’s cultural reach and ambition, Touchstone, a festival commission, premiered a unique collaboration of English and Kashmiri folk music, not long before The Longest Johns, the band at the forefront of the TikTok-led revival of the ages-old tradition of sea shanties, predictably brought the house down.

Predictable was pretty much the last description that might be applied to the show downstairs from Hannah Moule and the Moulettes, a multi-instrumental ensemble who adventurously, you might even say eccentrically, pushed at the very bounds of what can be done with a traditional chamber ensemble. Was it folk? Who knows, but they fit right in with the playful, daring, and forward-looking spirit of this ever-extraordinary festival. 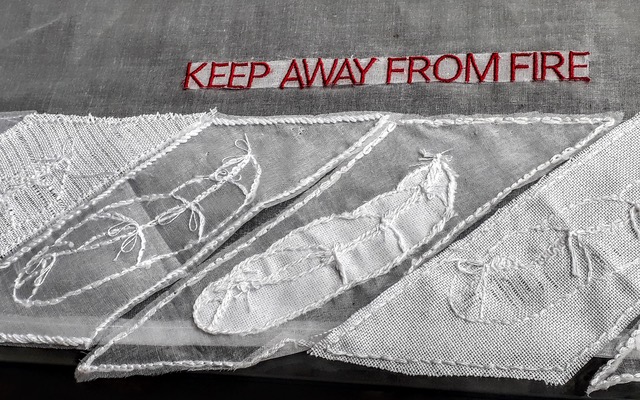 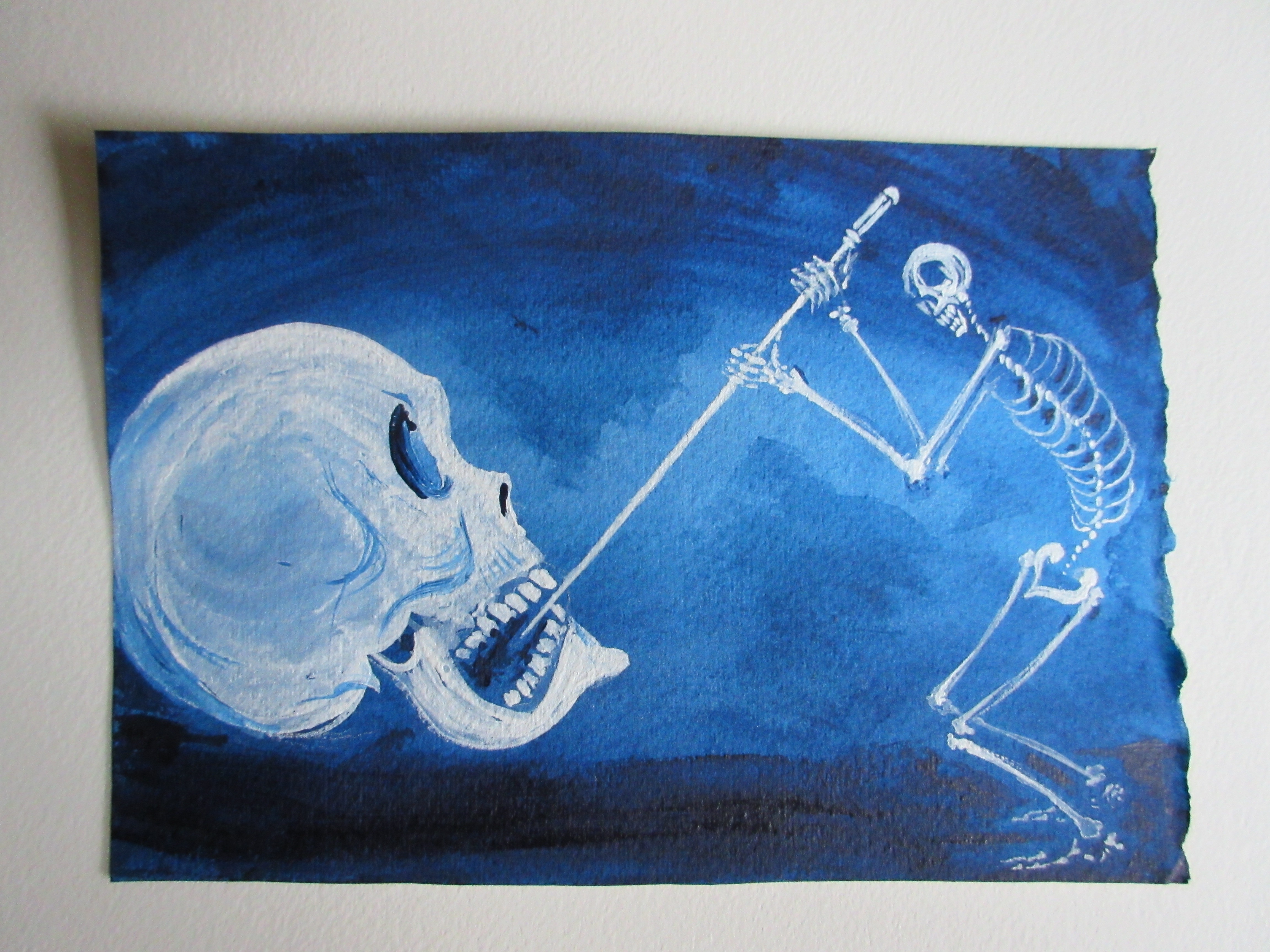 “I think my Geordie accent is an asset.” Northern Soul talks to artist John Spinks 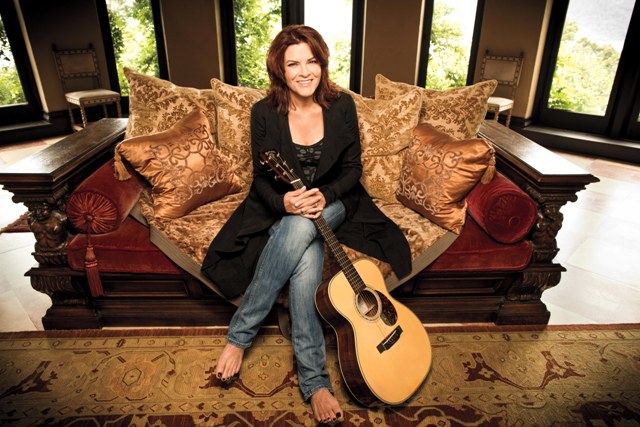 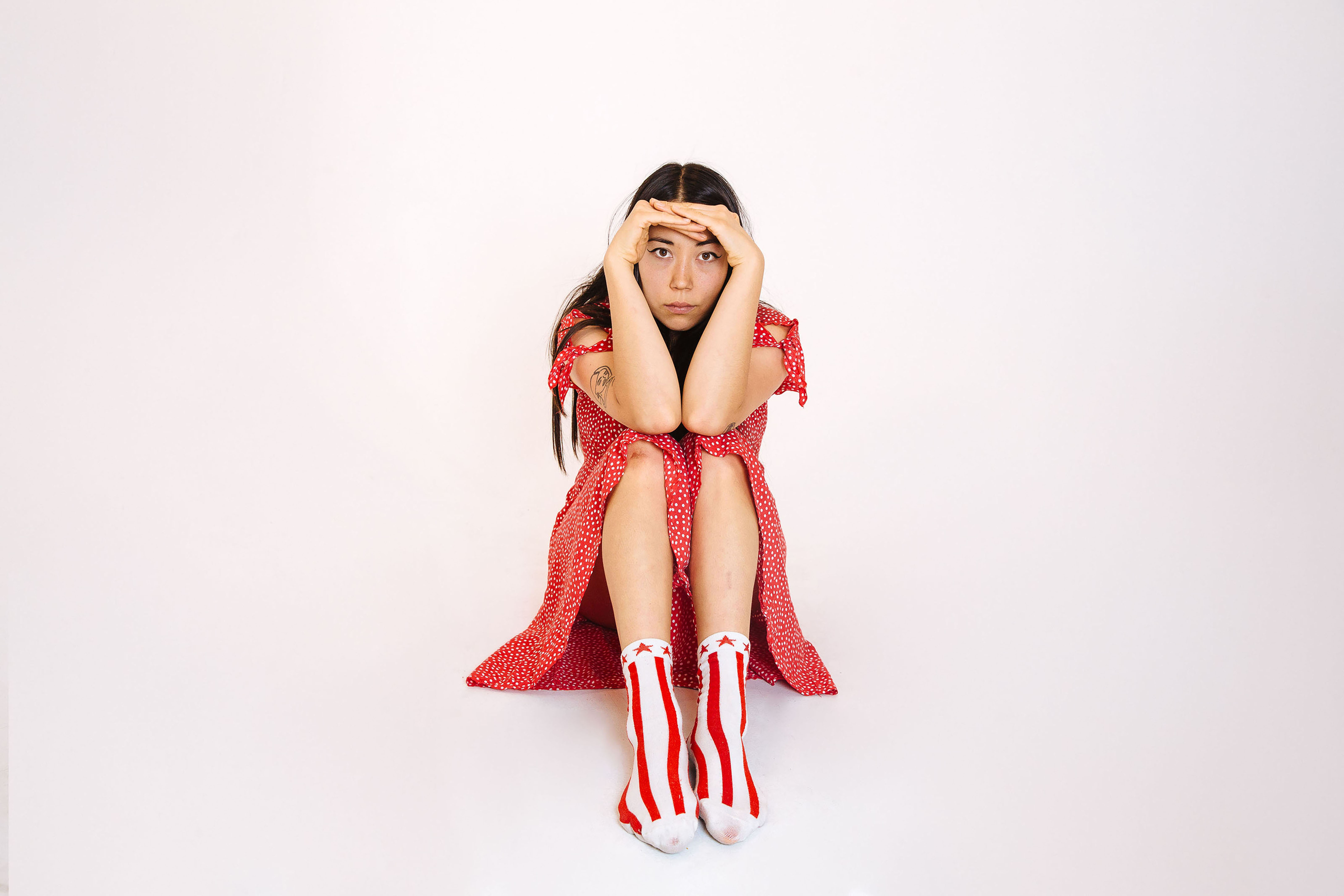