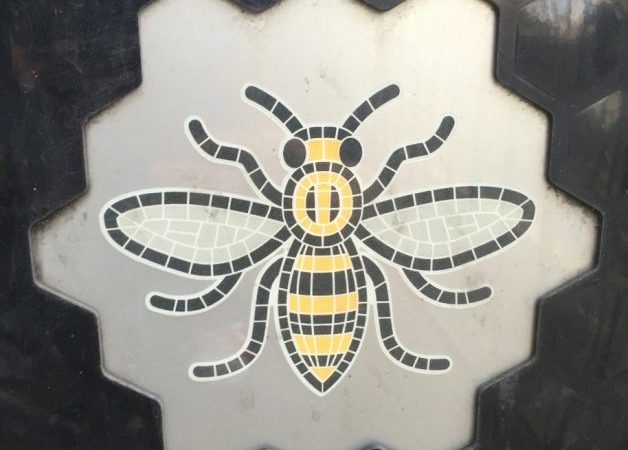 This is the sort of piece for which the word ‘vignette’ was invented.

And it’s not just one vignette, it’s 19 of them. I’m a fan of keeping it short. That applies to theatre as much as meetings – that way you get to the pub before it shuts – and that’s a vignette for you: short. Some of these are shorter than others and the whole show at Manchester’s HOME only lasts 50 minutes, but it’s a pleasurable and fast 50 minutes.

Monkeywood, comprising Martin Gibbons and Sarah McDonald Hughes, is a local company making local plays for local people and The Manchester Project is obviously just that. There are 19 concise plays by local writers about 19 districts of Manchester, performed by six local actors. Some of the scripts are one-person raps or poems, some are two or three-handers. Considering that the performers were granted just a week’s rehearsal, they pull it all off very well indeed. 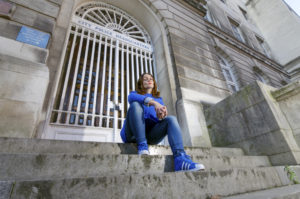 There’s not a lot of plot – a quick Google tells me that vignettes are ‘a brief evocative account, description or episode’ – but there are lots of stories all about present-day Manchester. For local audiences (and it’s hard to know who else would get this) there are some great laughs. Didsbury gets a seriously hard time. And there is pathos too, particularly in Cathy Crabb’s piece about Failsworth and Curtis Cole’s hilarious piece in which a Spanish resident seeks directions on how to get to Old Trafford without going through Moss Side where he thinks he will certainly be murdered. The final dialogue, written and performed by Eve Steele, celebrates Manchester city centre from the point of view of a punk scally back in the day in a way that will bring out the flâneur in all of us.

This is a celebration, certainly, but a realistic one. The bleakness of these Manchester places and lives comes through. In Chris Hoyle’s Middleton, Rueben Johnson plays Tommy, the bloke behind the counter in Tommy’s Chippy which he doesn’t own and is therefore the butt of many a customer’s dazzling wit. He’s the guy who goes to the Gay Village after work, changing into his glad rags on the bus for fear of being beaten up in the street by blokes he went to school with. 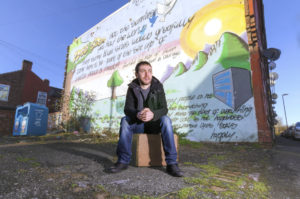 This is an ordinary person’s Manchester. No famous footballers, no great landmarks and no mention of the arts. At the end I came away with a layered set of impressions that left me entertained, moved, and pleased that I belong to this community.

As a show it’s not a complete success. The monologues needed a bit more work and perhaps slowing down slightly, but there’s nothing that another couple of days of rehearsal wouldn’t fix. It’s only got two more outings, at HOME next Saturday at 1pm (now sold out) and 2pm (tickets are still available), and individual plays will be used as curtain-raisers during the rest of the venue’s Push Festival.

It deserves more. I hope someone is bold enough to offer the production a couple of weeks in the HOME studio, otherwise this won’t be so much a show, as a vignette of a show. See what I did there?

The Manchester Project is part of PUSH 2018 and is showing at Manchester’s HOME until January 27, 2018. For more information, or to book tickets, click here.

Meanwhile, on the Editor's desk at Northern Soul Towers... pic.twitter.com/BKLTHJWdGH