Plenty of old, lazy assumptions continue to get trotted out about British cinema.

One sneers that the whole industry’s a joke, a waste of time, a contradiction in terms. Another says that it’s too limited, with the crowd-pleasing likes of Richard Curtis and The Best Exotic Marigold Hotel on the one side and the award-worthy likes of Mike Leigh and Ken Loach on the other. They’re both plain wrong. The fact is that, particularly of late, a whole range of fascinating work is being done by new British film-makers, often just beyond the mainstream. This new book, by Jason Wood (artistic director for film at Manchester’s HOME) and Ian Haydn Smith (editor of the Curzon cinema chain’s in-house magazine), looks to illuminate the full scope of what’s afoot. 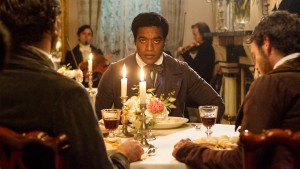 Essentially, it’s a series of Q&A-style interviews with 24 up-and-coming UK directors of note, unadorned but for the briefest of scene-setting introductions – it’s New British Film-makers on New British Film-makers, if you will. And the emphasis is very much on the ‘new’; the likes of Michael Winterbottom, Danny Boyle and Shane Meadows, who’ve been plugging away since the 90s, don’t make the cut here. Each director is asked in detail about their approach and working methods, rather than taking long detours to look at influences or personal background or tell rib-tickling on-set anecdotes. Instead, it’s brisk and unfussy, and thereby lends a voice to names you may otherwise only have seen on film closing credits or the cover of Sight and Sound.

It’s accessible stuff, though not exactly entry-level in tone. It does assume some passing knowledge of these directors’ work, and unless you’ve been camped out at your local art-house venue for the past five years, you’re unlikely to have seen everything under discussion here. On the plus side, you’re very likely to come away from reading the book with a wish-list of films you’re suddenly eager to see.

It’s all very democratic with the interviews ordered alphabetically by subject and all roughly the same length, regardless of whether it’s the better-known film-makers such as Richard Ayoade, Steve McQueen, Ben Wheatley and Peter Strickland or less familiar names like Ben Rivers, Gideon Koppel and D R Hood. As a whole, this sense of variety is very appealing, and not one piece outstays its welcome, though in execution some of the subjects come across as smart and articulate while others are definitely on nodding terms with Mr Pretension. In general, the interviews, though to-the-point, can lean towards being a little dry, and a few more flashes of character here and there wouldn’t have hurt. 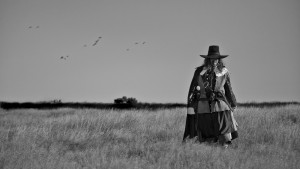 If it really misses a trick, it’s that a more artful ordering of the interviews might have teased out the patterns and contrasts between them, and made for a less disjointed read, with more of a cumulative ebb-and-flow effect. The contrasts between the directors in question are, in fact, often rather intriguing. You’ll be hard pressed to find a single pair who are completely in accordance in relation to their take on their chosen career. A good few subjects mention that they’re aware of one another’s work, but they’re not remotely keen to argue that there’s any sort of UK scene or movement going on. Another curious pattern is that several directors attest to an interest in stories about characters who are in some way outsiders, or living on the fringes. It’s tempting to suggest that this fascination with outsiderness might in some way explain why British cinema resists the formation of a coherent wave. Or, it could even be a reflection of the state of the industry in the context of the international audience.

It’s probably just as well, though, that Wood and Haydn Smith resist any fanciful notions such as these, and stick to the facts. We do seem to be lucky enough to be living in interesting times as far as British cinema’s concerned, and this is undoubtedly a noble, timely endeavour, which simply and effectively demonstrates the full scope and diversity of this healthy state of affairs. Quite aside from allowing curious readers to find out more about the subject, here’s hoping New British Cinema might even inspire a few to pick up a camera and get stuck in themselves. 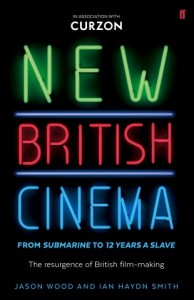 New British Cinema: From Submarine to 12 Years a Slave by Jason Wood and Ian Haydn Smith is available now in paperback and ebook from Faber & Faber