Jason Wood: a film programme the envy of Europe 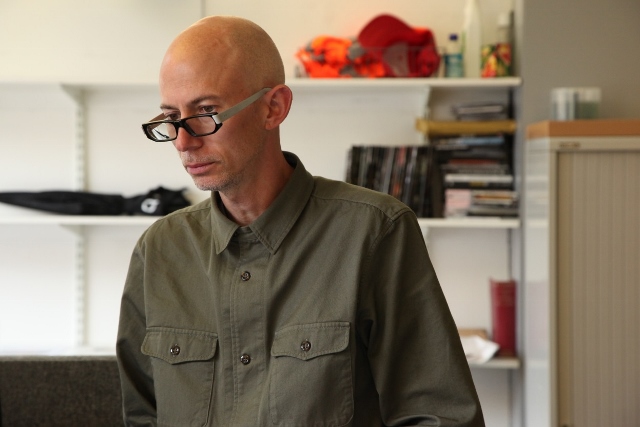 When Jason Wood officially joins Manchester’s HOME at the beginning of February as artistic director: film, it will be a big moment for the £25 million multi-arts form venue as he completes the three-strong artistic directorate ahead of the building’s Spring 2015 opening.

Wood will join Sarah Perks who’ll be leading visual arts and Walter Meierjohann (leading on theatre) after five years spent as director of programming at Curzon Cinema, the independent cinema chain which has collaborated with Cornerhouse on film programming since July 2011.

But Wood is anxious to emphasise that this is quite a bit more than simply continuing “business as usual”.

“As a real multi-platform venue HOME is going to be in a unique position in the UK and, more widely, in Europe,” he enthuses. “I think that there is a real opportunity here to do something that is genuinely integrated, where you can have a real call and response between the visual arts, and that is something that really interests me.

“The only place I can think of that’s even close to it is somewhere like the Barbican in London where you have film and theatre and music and visual arts all feeding into each other, and in some instances fighting against each other. 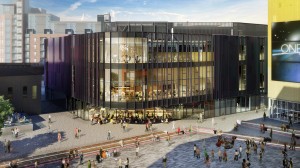 “I go to a lot of film festivals all over the world and I was in Toronto recently for the big David Cronenberg retrospective. It was really great having the Cronenberg films presented properly, but also having films that have influenced Cronenberg as part of the experience. You also had artists that had been influenced by his work, in costume or whatever. Bringing all of these things together was something really exciting and unique, and that’s the sort of thing that I think that there is a real opportunity to do here at HOME.”

He adds: “In cooperation with my other visual directors, with HOME we have an opportunity to examine film and other visual arts in terms of how they’ve influenced each other and how there have been these great pivotal moments in visual history where these elements have really come together.

“For me, for instance, that whole 1968 Cinematheque and Cannes protest is really, really important so, when I’m in post, one of the first things that I’m looking to do will involve looking at how the events of the 1968 period influenced film, theatre, music and much more.”

It’s a little ironic, then, that Wood was recently instrumental in acquiring the entire Francois Truffaut catalogue for distribution but, like many before him, was unable to resolve the tangled legal web that means that one of the great French director’s most celebrated films La Nuit Americaine (Day For Night) remains, essentially, unavailable. Wood is thus under no illusions about how difficult it can be to programme comprehensive retrospectives. But HOME has its eyes very much on the future.

“I was really inspired last year by Gruff Rhys’s American Interior project which was a film and a book and a kind of gig. It was also a gallery installation and it had a theatre element. I think that the way art is progressing will mean more and more of these cross-platform opportunities and HOME is really going to be able to be at the forefront and the cutting edge of presenting these and really making the most of them.

“I see HOME as not only being a leading venue for the UK but a leading venue within Europe. My aim is, within three years, to deliver a film programme which is going to be the envy of Europe.”