Blimmin’ eck, March looks set to be a cracking month for gigs in the North. 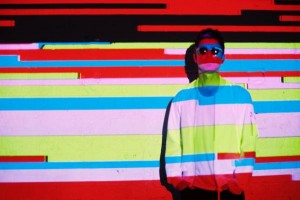 The big names playing this month are Paloma Faith at Liverpool’s Echo Arena on March 24, and (guilty pleasure) McBusted at Newcastle’s Metro Radio Arena on March 16. Northern Soul is proper excited about Noel Gallagher’s High Flying Birds home-town gig at Manchester Arena on March 9 which will feature some of the top Oasis hits and new tracks from the band’s second album. And yes, there are still a few tickets left!

If you’re more old-school then old favourite Morrissey will be at the First Direct Arena, Sheffield on March 20, and one of the super-groups of the 80s are also touring this month. Having sold more than 25 million records, Spandau Ballet are a household name and will be at the Motorpoint Arena Sheffield on March 6. After co-writing and playing the guitar for Daft Punk’s hit Get Lucky, Chic & Nile Rodgers have been catapulted back into popularity. They will be playing all the classic hits – Le Freak, Everybody Dance, Good Times and Dance, Dance, Dance at O2 Academy Leeds on March 22. 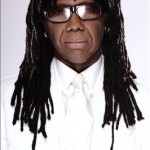 For something a bit more low key and intimate, on March 14 Orphan Boy will be at The Ruby Lounge and on March 21 Hunter and the Bear will be at Sound Control, with both venues located in Manchester. The Hebden Bridge Trades Club will be playing host to Rhodes on March 7 who are touring after supporting the likes of Sam Smith, London Grammar, Laura Marling, Nick Mulvey, Rufus Wainwright and Ben Howard over the past 18 months.

Classical music fans will not want to miss the performance of Peer Gynt Suite no. 1 on March 18 at Liverpool Philharmonic Hall. One of the most beautiful pieces of classical music ever written, including well known tunes such as Morning and In the Hall of the Mountain King, this is a concert sure to soothe and delight. 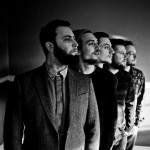 In rock music news, after their Whisky Sessions success, To Kill a King are returning to Manchester on March 8 and will be playing at the Deaf Institute. Alternatively, Joan Armatrading will be at Sage Gateshead on March 13. This will be her first solo world tour after 42 years of touring.

Bringing the month to a close is the world’s number one Michael Jackson tribute artist, Navi, who is the only MJ tribute ever invited to perform for Jackson himself. He will be performing at St Helens Theatre Royal on March 28 so expect hits like Smooth Criminal, Beat It, Billie Jean and Man in the Mirror.