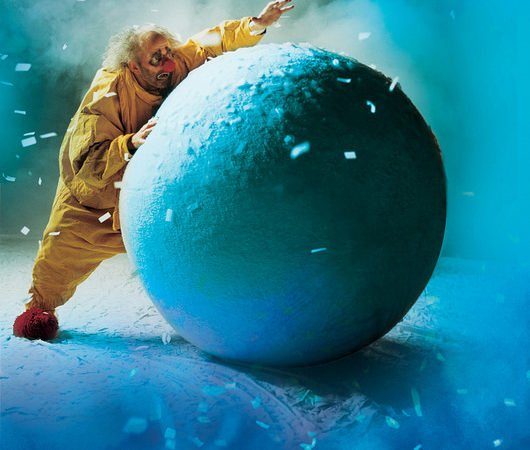 The real low point was the person in the seat behind sneezing on the back of my neck.

There’s a part of me that loathes starting a review of the glorious Slava’s Snow Show on a negative. I mean, this is a joyous, life-enhancing piece of theatre. And I should know. I first saw it at London’s Old Vic around 20 years ago. There was another viewing approximately five years later but I can’t remember where. So when I saw it was coming back to Salford’s Lowry, I scooped up my five-year-old niece and made haste.

Where did it go wrong? Well, it went annoyingly, butt-clenchingly crappy with the parents. Whether it was mums and dads checking their phones mid-performance, pointedly ignoring their little ones while they made merry havoc or allowing kids to stand on seats and kick the back of chairs, it was impossible to ignore. I know this was a matinee in the middle of half-term but it’s really saying something when children are better behaved than their parents. And yes, I know you have to expect a certain amount of disruption during an afternoon performance, but come on! 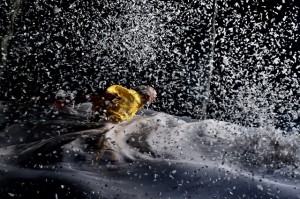 What you should feel on leaving a Slava show is pure, utter joy. I always have in the past. And I’m not alone. The production has been going for nearly a quarter of a century and has been seen by more than three million people in over 30 countries and 120 cities. Created by Slava Polunin, a Russian Master Clown and founder of the Academy of Fools, this is carefully crafted clowning as high art, yet accessible to all ages and all walks of life. It’s a sight once seen, never forgotten. Well, usually.

Nevertheless, Slava’s magic did trickle through. From clowning of the highest order and the beauty of his surreal playground to the kaleidoscopic majesty of the spectacle, Slava never fails to disappoint. Apparently, Slava’s mission is to “to get the audience to open up, and to be a lot more creative within themselves” and in this he certainly succeeds. It’s entirely necessary to attend this show with no expectations or prior knowledge, so as a reviewer I don’t want to give too much away. But the overall experience can be summed up by my five-year-niece who, as we returned to the auditorium for the second half, said “it’s going to be magical when we go back in, isn’t it?”.

And it was. Except for the person who sneezed on me. That wasn’t magical at all.