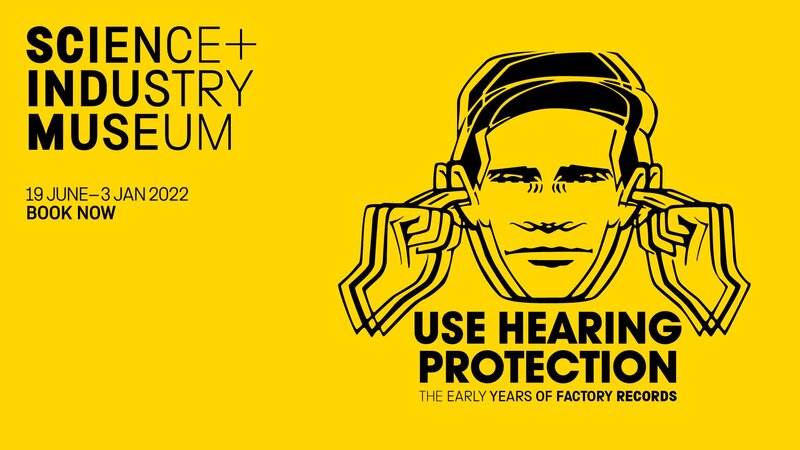 Back at the start of last year, Northern Soul spoke to curator Jan Hicks about the then-forthcoming Science and Industry Museum exhibition about Factory – that’s to say, Tony Wilson and co’s now-legendary northern music empire. It sounded great. We couldn’t wait to see it.

Heh. But 2020 had other plans, of course, so only now, almost a year later than intended, is the Science & Industry Museum in Manchester able to stage the exhibition for the public? It’s been quite a wait. Has it been worth it?

In a word: yes. Use Hearing Protection: The Early Years of Factory Records does a fine, insightful and engaging job of illustrating the story in question, covering the period from 1978 to 1982, with intelligence, affection and a degree of style. If you wanted to, you could whizz round in half an hour and come away with a fair understanding of what all the fuss was about. On the other hand, you could just as easily make a full afternoon of it and take a deep, satisfying dive into the range of remarkable items on display.

It’s this considered, multi-layered approach that impresses most. The exhibition excels in setting the context for Factory, with nods along the way to the likes of Rabid Records, Music Force and Pips nightclub, plus other aspects of the 70s Manchester melting pot that the label emerged from. It’s a pleasing antidote to the simplified ‘magic bullet’ theory that the Sex Pistols 1976 gigs came out of nowhere and changed everything. 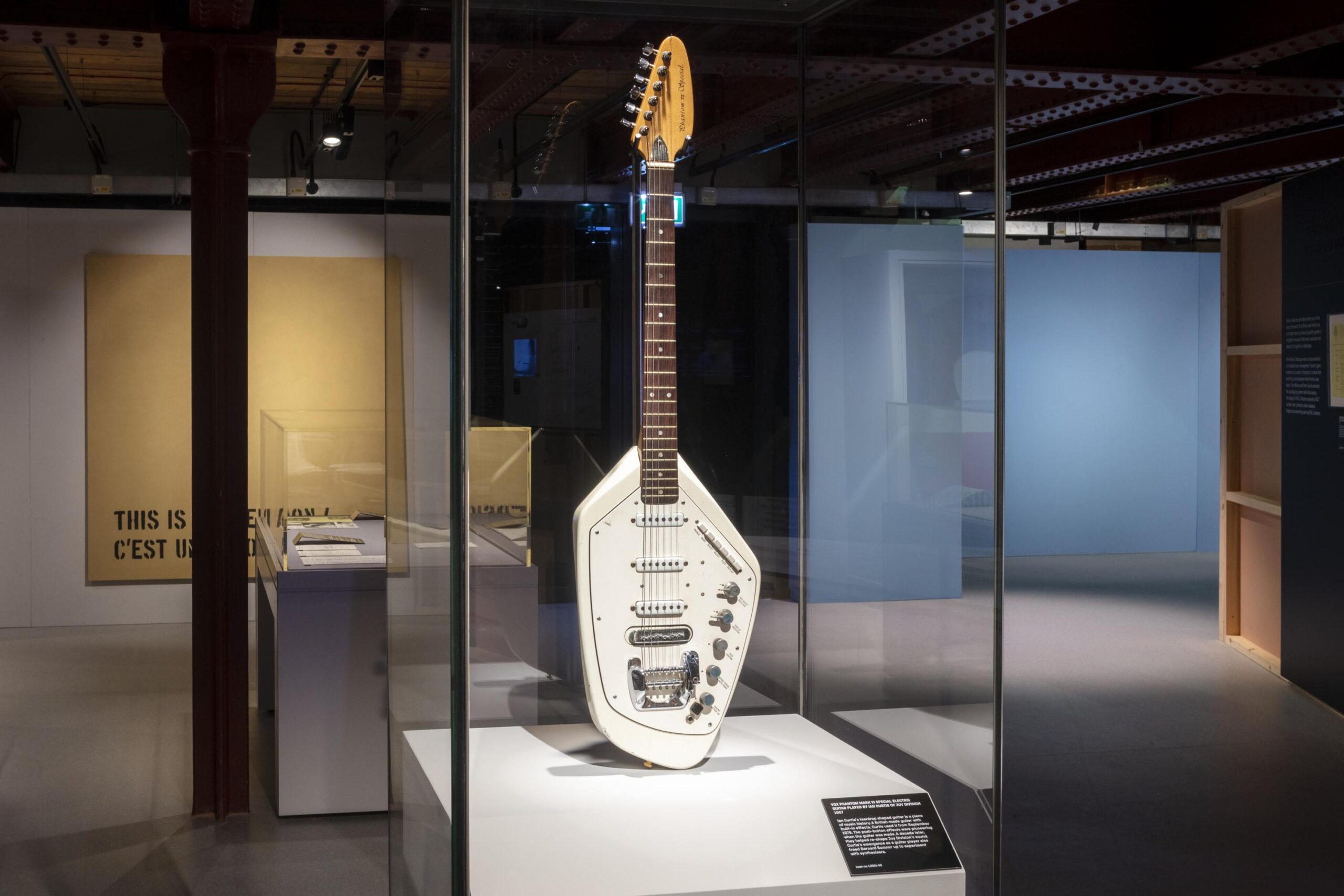 Developed in consultation with Jon Savage and Mat Bancroft and expanded from a 2019 exhibition at London’s Chelsea Space, it’s estimated that this new incarnation is around four times bigger. Indeed, even more items have been gathered since the thwarted 2020 version, including the distinctive ‘teardrop’ Vox Phantom VI guitar wielded by Ian Curtis in the Love Will Tear Us Apart video, sold in a private auction late last year and kindly loaned to MOSI by its anonymous new owner. It makes an eye-catching centrepiece here, but it’s given a run for its money by a host of original Peter Saville designs and assorted unique objects from the estates of Wilson and Rob Gretton.

The material is arranged across several rooms, the first telling the story of how the label came about, heralded by large Kevin Cummins’ portraits of Wilson, Gretton, Alan Erasmus and Martin Hannett. Within you’ll find vintage gig listings, letters to stage gear hire firms and an A-Z wall map of key Manchester music venues of the time. There are also selections from Wilson’s high-minded book collection, a well-preserved Buzzcocks Product LP promotional carrier bag and even the huge, iconic ‘G’ for Granada sign familiar to generations of northerners. 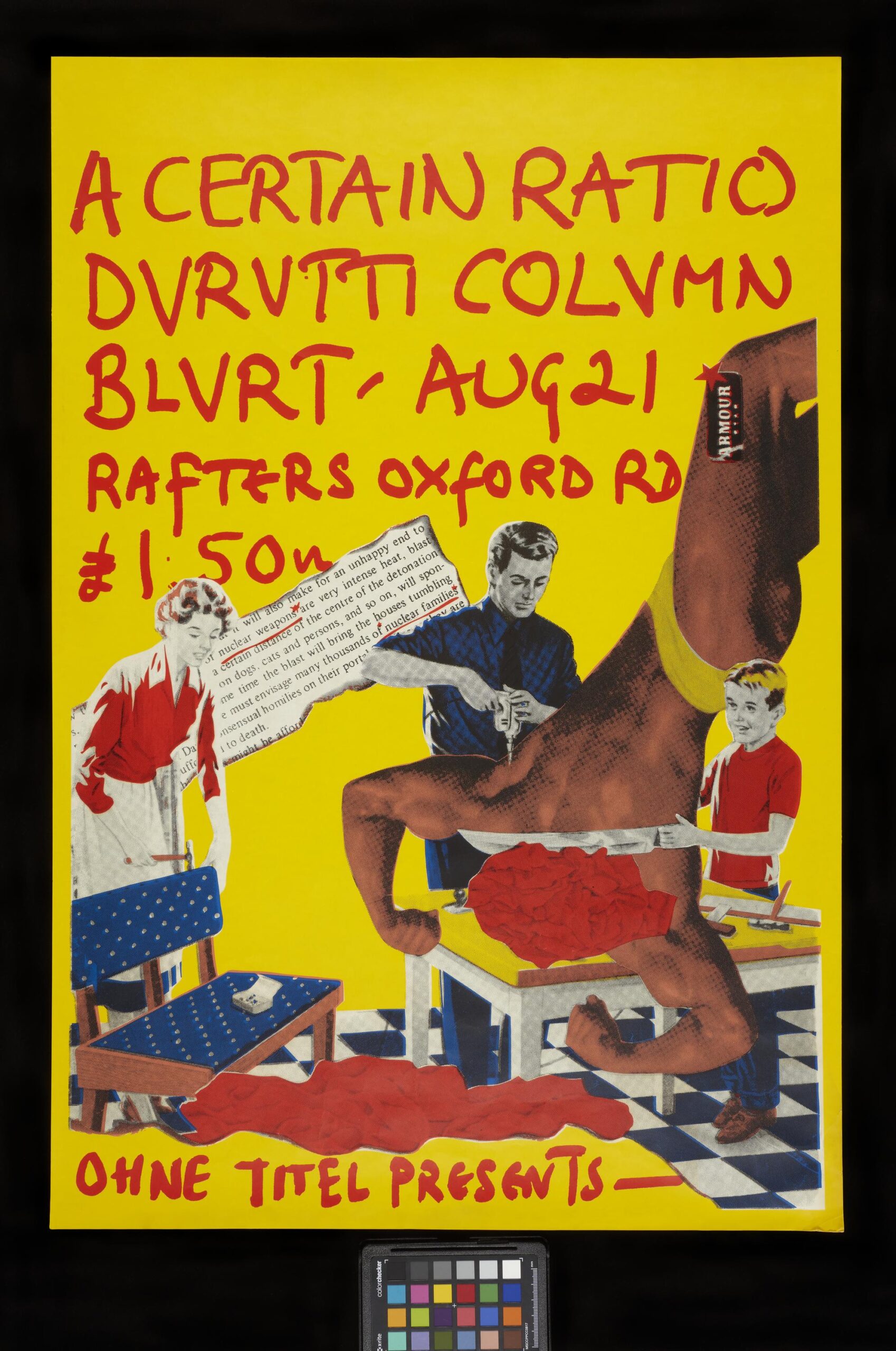 The next room houses the first 50 items granted FAC catalogue numbers, from Peter Saville-designed posters and press adverts to, obviously, vinyl records and their sleeves. Loads of them. You’ll also find array of original tech, such as the Powertran Transcendent 2000 synth covertly built by Bernard Sumner under his desk during his day job as an animator at Cosgrove Hall, and some enlightening private hand-written correspondence including a letter to Gretton from Curtis on how much he hated Closer (‘a disaster’). Next, there’s a display of period photos courtesy of the People’s Archive illustrating ‘Factory’s Manchester’ as a distinct time and place, and a low-lit gig room that deploys archive video footage to conjure up the experience of a night at the Russell Club. 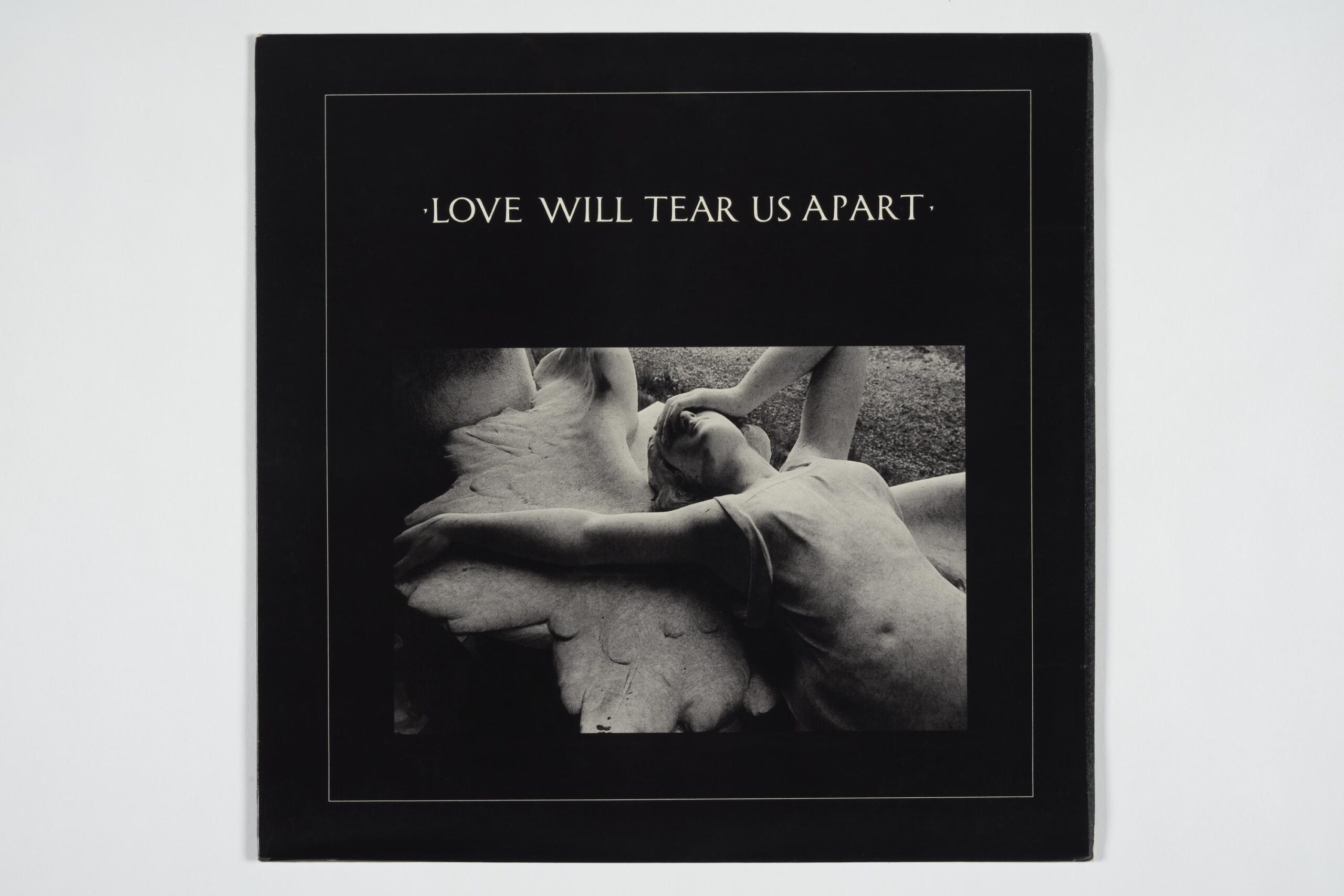 All told, though, there isn’t an over-reliance on video screens and interactive displays. Such things do crop up, but they’re used sparingly and cannily. Instead, it’s a gratifyingly grown-up, physical collection of artefacts, documents, letters and photographs. You’d almost call it ‘tactile’, but this being a public exhibition being staged during a pandemic, there’s not much actual touching going on. That’s perfectly understandable, though you’re likely to catch some punters gazing longingly through plexiglass at the original limited edition Sordide Sentimental 7” release of Joy Division’s Atmosphere, now known to change hands for well over a grand.

The presentation all helps to conjure up the personalities involved, allowing the visitor to get up close and personal to the legend, bringing it all to life. It’s clear, uncluttered and stylish, plus surprisingly comprehensive given the physical limitations of the space. Even your favourite obscure Factory act probably gets a mention somewhere along the line (NB: please don’t write in). 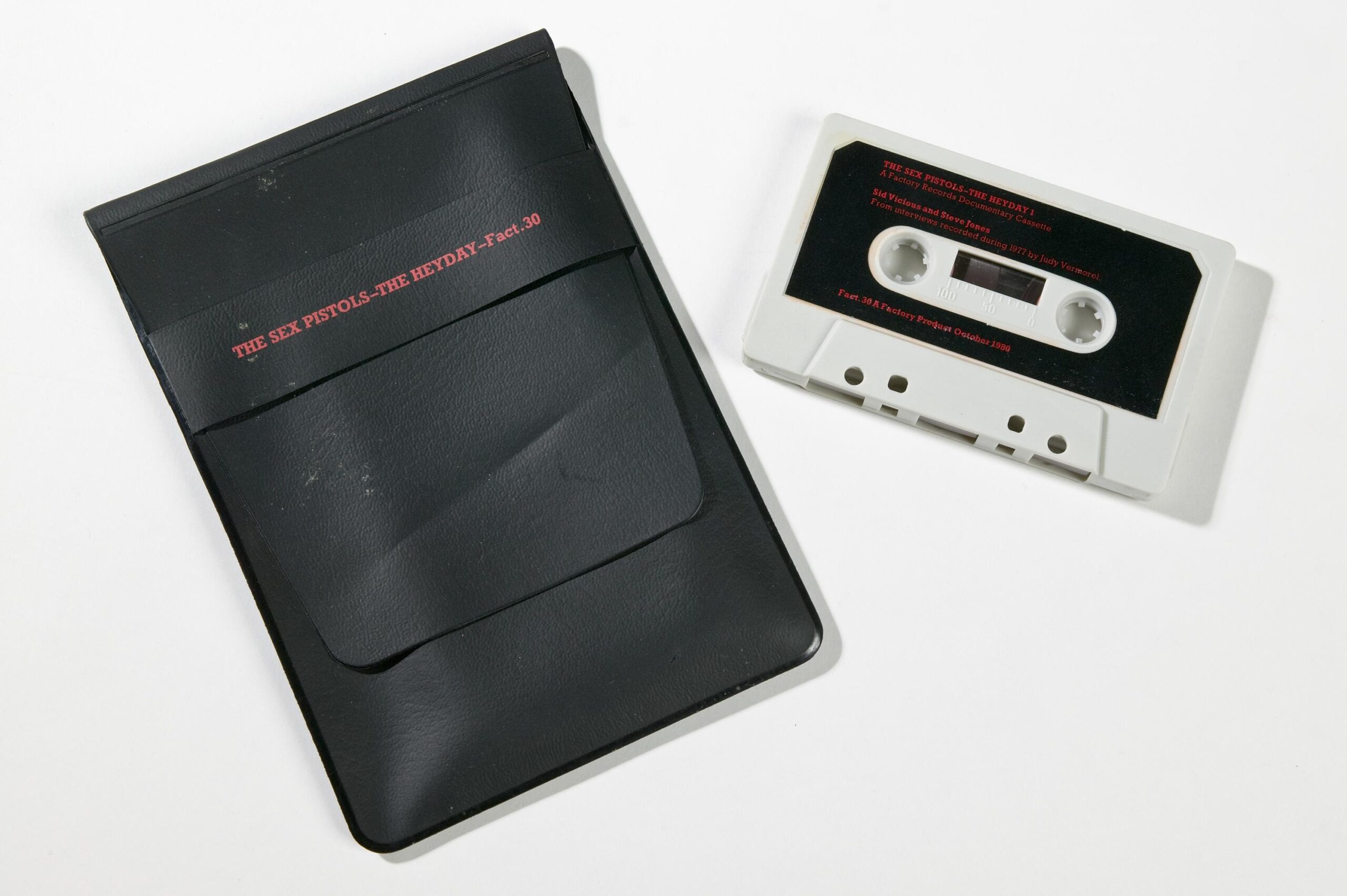 It’s tempting to suggest, in the wake of that unavoidable delay, that this seems an even more fitting and meaningful time to be celebrating the birth of Factory, looking back to a time when Manchester was looking ahead. This exhibition is a real achievement, evidently a labour of love and much more than a quick trot through the familiar aspects of the Factory story. It conveys a great deal of information in a layered, digestible way and the effect is inspiring.

Images courtesy of © The Board of Trustees of the Science Museum

Use Hearing Protection: The Early Years of Factory Records is at the Science & Industry Museum in Manchester until January 3, 2022. For more information, visit the website.

Meanwhile, on the Editor's desk at Northern Soul Towers... pic.twitter.com/BKLTHJWdGH