How I learned to love London: Henry Normal writes for Northern Soul

Henry Normal June 30, 2021 Arts Comments Off on How I learned to love London: Henry Normal writes for Northern Soul 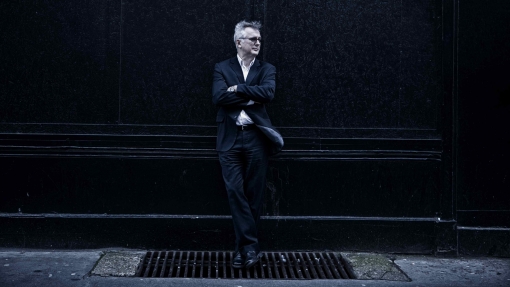 While writing The Royle Family up in Manchester with Caroline Aherne and Craig Cash, some days, just for a joke, Caroline would announce “it’s raining in London” and we would all cheer.

When I was young, in the 60s and 70s, I was intimidated by the capital. Brought up on a council estate in Nottingham, my initial view of London was somewhat prejudiced by local adults slagging it off, either seriously or with a joke.

I remember a Yorkshire bloke on TV once saying: “I don’t like London. It’s all big steps and little steps.” By which, I suspect he meant that there were too many people, you couldn’t get a stride going.

Other comments about London weren’t as tame or as PC. Certainly, back then, working class people in Nottingham considered themselves to be part of the North. Whether anyone from Manchester or Newcastle considered Nottingham part of the North is open to question. People in Newcastle tend not only to think Mancunians are soft southerners, but people from Durham as well.

I was never quite sure what the actual problem was supposed to be with southerners. For instance, why say ‘soft southerners’? Even if that was true, is being seen as hard something to be admired and encouraged? What was it exactly about Londoners that was thought to be generally different? Were they unfriendly because they didn’t talk to each other on the tube? Or simply cautious? Were they arrogant or did they have a sense of entitlement because they lived in the capital? Were they self-absorbed or did they look down their noses on the provinces? How and why Londoners were considered different was never made explicit. Instead, it was vaguely insinuated and taken as read. 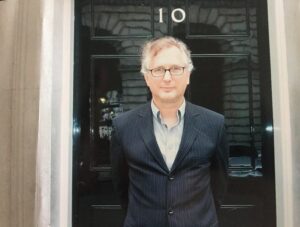 The first time I visited London was in 1966. I was on a school trip, aged 10, and we were told not to buy anything from street vendors as they would rip us off. This was not just adults telling us this, it was teachers. So, of course, I thought it must be true.

In my early 20s, I visited London with some friends. It was at the time when Ska was just getting into the charts. Seeing people dancing in London to this strange new music, which was so different to the progressive rock I’d listened to in Nottingham, seemed exotic.

I was dragged to see what I was told was a sex film and was a little unsure about the idea of exploring my sexuality in such a public manner with my friends. But I needn’t have worried as it turned out to be The Ups and Downs of a Handyman with Bob Todd (the old, bald chap from Benny Hill fame). It was in the same genre as Confessions of a Window Cleaner in that the only thing shocking about it was how unfunny and unsexy it was. This trip reaffirmed my belief that London was full of odd new fashions and fads and was somewhat unsettling. Had I been more confident, I suspect this strangeness might have been alluring. But it was easily dismissed as tat by my fellow travellers, and I fell back into that comfortable prejudice. 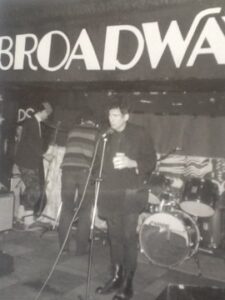 As a performance poet in my late 20s, I played both poetry and music venues in London, including the famous Marquee Club alongside the band Pulp. Invariably, I’d travel down to London and arrive at around 6pm and head back north in the morning, if not later the same night. So, my view of London was hardly rounded.

I remember driving down to London from Manchester with Dave Gorman and back the same night. It took us four hours to get down and four hours to get back and we were each on stage at the Hackney Empire for eight minutes. We concluded that we were 60 times more drivers than actual performers.

If I ever had any spare time to kill in London, I’d go to the Southbank Centre and hang out there. It seemed like a bigger version of Manchester’s Cornerhouse Gallery. It wasn’t until I started writing for television that an incident occurred which would completely alter my view of London.

I’d already been down to London to write my six-part TV show, Packet of Three, which I wrote with Frank Skinner and Jenny Eclair. I’d felt like an outsider. But Frank was from Birmingham, and we filmed the show in Wakefield, so it wasn’t too bad venturing into Soho for script sessions. The producer assigned two script editors who had never seen me perform, which didn’t help, and so as not to clash with the set I was made to wear a pink dinner jacket – not my usual attire. My view that all things London lacked authenticity was being re-enforced. 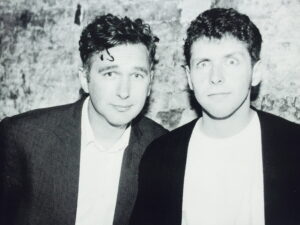 Later, I used to tell a joke about working at London Weekend Television (LWT). I used to say it was aptly named after the three most overrated concepts in the world. Then one day, while I was working on Coogan’s Run with Steve, I had to go into Soho and pick up a hire car. When I got in the driver’s seat, something felt strange. At first, I thought someone had stolen one of the peddles. Of course, it was an automatic.

I’d never driven an automatic and had no idea how to begin. The gear stick had the numbers one and two and the letters D, N and R. I took it that one and two were first and second gears and started off through the labyrinth of streets towards Oxford Circus. But halfway across Regent Street I stalled. No matter what I did I couldn’t get the car to start. I know now that you need to put the car into neutral but, at the time, no one had told me that. I was straddled across the road, blocking all the traffic on one of the busiest junctions in the country, if not the world. I was fraught and completely at a loss.

Suddenly, and without being asked, strangers came from the pavement and helped me to move the car to the side of the road. ‘But this is London’, I thought to myself, ‘people don’t just help you’. It was a revelation that shamed all my petty prejudice. It’s so obvious that people are people wherever they live, and in whatever circumstances. 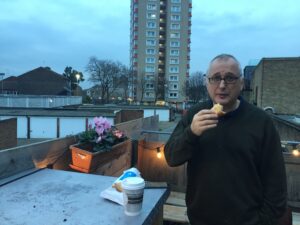 Eventually, I ended up commuting to London from Brighton every day for almost 17 years. Mostly, I worked in Soho, but got to see and appreciate so many different parts of London. It felt very much like London is really lots of little villages all crammed together. Not one London painted all the same with a big brush, but a more sophisticated and nuanced picture of an ever-changing landscape with many moving parts.

I saw the lush parks in mid-summer and the decorated shops at Christmas, the theatres and galleries, the cafés and pubs. I tasted the huge variety of foods and experienced cultures from all over the planet. I met people from every walk of life, from every corner of Britain and the world.

I remember a line my friend, the brilliant Manchester poet Lemn Sissay, once said to me when we were discussing differences. “Better a salad than a soup.” I think this is worth bearing in mind when considering all prejudice and, of course, regionalism is just another form of prejudice. Looking back, it strikes me that the London-phobia instilled in northern kids during my youth was born out of fear of ‘the other’. Or perhaps out of a lack a confidence and self-worth. I’m sure the best, if not the only, cure is education and confronting and examining such misgivings. 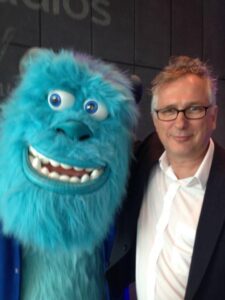 Nowadays, I don’t find the vastness of London intimidating or overwhelming, I find it stimulating. To quote some wise old words: ‘It’s not the size that matters, it’s what you do with it.’

It was always noticeable to me, as I commuted into the city, that when people get off the train in London, they started to walk faster than they did when they originally got on the train. London’s energy is infectious.

I did find the tables had turned for me somewhat a few years ago when I was up in the north meeting the great Anthony Wilson in Manchester’s Atlas Bar. He was trying to set up a scheme for young, local filmmakers.

After listening for 40 minutes, I asked: “Where are we going to get the money, Tony?”. 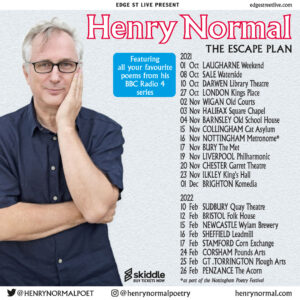 Henry Normal will be performing his solo show, The Escape Plan, at Kings Place in London on October 27, 2021. The show will also be touring around the country and includes venues such as Waterside, Sale, The Met in Bury, Liverpool Philharmonic, Wigan Old Courts and Square Chapel Arts Centre in Halifax.