The North-South divide has long been a contentious issue but recent events seem to have accentuated the gap. Reports suggest that COVID-19 is hitting the North harder than many other regions, with localised lockdowns now a regular occurrence.

When it comes to the Northern arts world, many in the sector are worried about being an afterthought for funding and support. And the North-South divide is particularly prevalent in publishing. Long considered predominantly white, middle class and London-centric, while steps have been taken and pledges have been made, experience suggests that not much has changed in the 21st century. In April 2018, the Northern Fiction Alliance (a cohort assembled to showcase the output of Northern indie presses to the international market) published an open letter to the publishing industry about the need for change as well as devising an eight-point plan to ‘reshape and redefine the current literary landscape’. The following year, in an article written by Anita Sethi for The Guardian ahead of the announcement of The Portico Prize winner, Thom Keep, CEO and chief librarian of The Portico, suggested there was still a ‘definitive problem in the London-centric nature of the [publishing] industry and we’re still in that rut’. 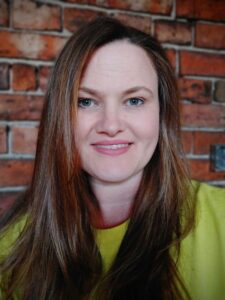 Nevertheless, things seem to be shifting. There’s a ripple in the water with more of the big publishing players announcing their intention to make the journey North. So, when it was confirmed that a new branch of HarperCollins UK, the aptly named HarperNorth, will be situated in Manchester’s Northern Quarter, I jumped at the opportunity to talk to publishing director Genevieve Pegg about the company’s plans to address and widen publishing’s regional diversity.

Pegg, who was born in Liverpool, raised in North Wales and now lives in Cheshire, has published authors from Kate Mosse to Belle de Jour and has worked at Penguin, Orion and with various indie authors and publishers. After leaving London and heading back North, Pegg assumed she would “always work freelance” but along came the chance to join the HarperNorth team.

As one of the world’s foremost book publishers and boasting a heritage stretching back 200 years, HarperCollins is part of the Big Five English-language group which also includes Penguin/Random House, Hachette, Simon & Schuster, and Macmillan. With notable names on its books such as C.S. Lewis, Agatha Christie,  Tolkien, Patricia Cornwell and many more, the new titles commissioned by HarperNorth will be in excellent company. The fact that it’s the first of the Big Five to make the move North is significant.

Due to ongoing pandemic restrictions, the team are working remotely. “It’s such a strange time to be starting something,” says Pegg. “But it’s nice to look out of the fog that we’re all in and be thinking of the future. I’ve been banging on about publishing diversifying for years, ever since I left London and came back North.”

While several publishers initially appeared enthusiastic about the prospect of heading up North, it wasn’t until Pegg had a conversation with HarperCollins that she “felt like they were making a long-term commitment and wanted to be part of the place, rather than being a flash in the pan”. 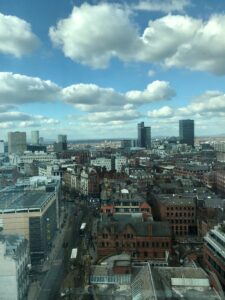 The view from HarperNorth’s Manchester office

The newly assembled staff all have roots in the North. Was it important to Pegg to gather people who would be committed to being in the region?

“The whole point of us being here is to be open to new voices and that’s new voices as readers, writers and publishers. So, I never want to be too restrictive. But when we were talking about these initiative start-up roles, they were often people who were either here [in the North] or making that move already like I did.

“We know the North isn’t one place, it’s not just one voice. It’s a chorus and your experience if you’re based in a small, rural village is going to be different to if you’re in, say, Newcastle or Liverpool or even that east to east, coast to coast thing you get in the region.”

“We were keen to get started quickly because it’s easy for these things to be slow conversations that get mired in the practicalities, and Manchester was that sense of a gateway to region. It’s a great hub but, also, it’s got that energy, hasn’t it? It’s got an amazing past but it’s always been happy to be a disruptor and an innovator. It feels like there’s a real scene to connect with and there’s so much we want to shout about. Already the submissions we’re seeing show that there are so many exciting voices in the area. We’ve always said we want to be open to how people want to communicate with us. It should feel like a dialogue. It’s a sense of ‘we’ve got something, we’re here, we want to read your stories’ but, equally, we’re still going to be here in six months’ time, a year’s time.”

But what exactly is the ‘North’ in HarperNorth?

“One thing we always thought we should be doing is not searching for our ideas of the North and that the Northern voices would come through in the essence of the books, in the words, and we are simply the platform,” says Pegg. “It won’t be our single definition, it will come together from the books that we publish. We expect that variety.”

In addition, HarperNorth is interested in what might be considered a voice “of the North” and submissions will be open to those who were “raised and shaped by this place and gone to all points of the globe”. Equally, it’s also for the people who now call the region home.

Going back to the notion of a North-South divide, does Pegg believe that the North is under-represented in publishing? While she is quick to point out that there are already many “fantastic Northern writers on the literary scene”, she notes that “these people sometimes feel like they got a lucky break and it’s feeling like things shouldn’t be dependent on a lucky break”.

She says: “But we can change the actual structures to make things more open, more transparent, more accessible and, as I say, that’s both for writers and for staffers. It’s feeling like you don’t need a strange sofa-surfing experience to see the business or that authors shouldn’t feel like they have to explain themselves or contextualise their writing, that the work can just be there on the strength of story rather than having to put it in a certain format or going on this strange journey to go down and meet an agent. It’s trying to close those gaps.”

By establishing a branch in the North, is HarperNorth hoping to improve and diversify access?

“There’s already amazing Northern publishing going on and we didn’t want people to think we were changing the landscape. We’re just coming to join that scene. And also, because a lot of publishing is either the amazing university presses doing fantastic stuff or a bevy of really creative indies, especially working at that sort of literary avant garde and doing this bold and experimental work or amazing work on script-work or poetry, that’s not so much the area we want to engage in but we want to promote the work they’re doing.”

She adds: “I wouldn’t have chosen the maelstrom of 2020 for the change to happen, but it’s made people realise that, more than ever, we need to share our stories and listen to that broad range of voices. We need to connect as a society rather than siloing ourselves into these smaller and smaller segments. But, as well as that, it’s made us realise that we can work differently and companies can evolve. If you trust in the core of your business, you can innovate and all companies have been forced to that and it will change things in the long-term.

“By being here on the ground and, sadly, we’re not in the office at the moment, it’s that sense of visibility and people being able to see the bits of the business that aren’t always particularly transparent and being able to see the whole process. Although we are mainly working on our marketing, our editorial and our publicity out of our Manchester office, being able to see where rights professionals fit in or maybe you think that publishing finance is something that sets a different part of your brain working and it’s opening up those parts of the process. It’s also feeling like you don’t need to travel halfway across the country to get those conversations and experiences.”

While the team have been affected by COVID-19, they haven’t experienced any major practical problems with everyone adapting well to remote working. 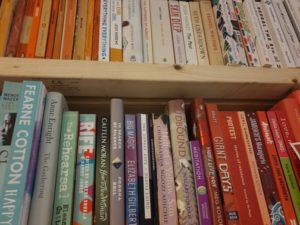 “But no one is going to pretend that they don’t miss creative ideas meetings, those sounding boards,” admits Pegg. “And everyone has missed going around the bookshops. Usually, these are your daily energisers, so we’ve missed being a physical team. But we are lucky that what we do, we can be digital. Editors always like to squirrel themselves away with a manuscript so that side of things has worked really nicely, and getting to grips with the core of the words has translated nicely to remote life.”

However, it has meant a multitude of Zoom calls. “We’ve been working with some of the brilliant organisations in the area to talk about what they’re doing and how we can work with them. And, of course, instead of saying we’ll come in and we’ll do some Q&As and events, it’s a case of ‘let’s have a Zoom call’ instead. It’s just means thinking a little differently for now but it doesn’t change our long-term plans about how to engage with people. I’m buoyed by the amazing energy and innovation. Even when they are going through incredibly tough times, people are coming up with ideas. For so many people in this business, the stories and the words are how we make sense of things. There will be an outpouring [of work] next year and we’ve seen the beginnings of that already.” 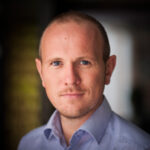 On its website, HarperNorth states that it is looking to ‘find, nurture and grow writing talent’. Unfortunately, the pandemic has scuppered any chance for face-to-face engagement. That said, the team have been busy chatting to existing mentoring organisations in the region such as New Writing North, The Writing Squad and Writing on the Wall (WOW).

“Hopefully, we can support [these organisations] by demystifying the ‘what happens next?’ and trying to drop the jargon and being honest about what we’re looking for and why we’re looking for it,” says Pegg. “And also, when something’s not right, what the other options might be rather than a binary ‘yes’ or ‘no’, having that chance to make it an ongoing process. It’s accepting that it should be a back-and-forth not just what we think is useful. We’re open to hearing about what people want to know. I hope it will be a fairly lively exchange of questions and answers.”

Does Pegg have any advice for budding writers? “It sounds old hat, but I always go back to just beginning something. We can all over-plan, and I know some writers love a plan, but I would just get over the fear of starting because you can go back, you can redraft and you can edit. The writer’s identity only really comes from the practice of writing.”