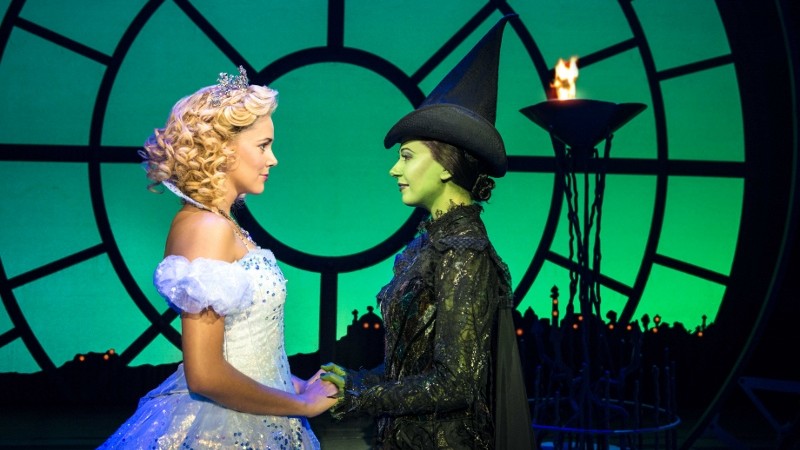 ‘One sure way to bring people together is to give them a really good enemy.’

When I was six or seven, my mother sat me down in front of an old black and white film and said, “you must watch this.” “It’s black and white though,” I complained. “Just keep watching, it might surprise you.”

This was my introduction to the The Wizard of Oz. When Dorothy Gale opened the door and glorious technicolour poured on to the screen, I remember gasping and thinking, “I better stock up on the chocolate biscuits then, I may be in for the duration of this yellow brick road”.

For the last 30 years, I have watched The Wizard of Oz on TV, on VHS, on DVD and on, cough, cough, dodgy download more times than I can remember and I never tire of it.

As a girl, I was in awe of Dorothy’s spirit of adventure; as a woman, amazed that a female-led adventure story was made as far back as 1939 (although Gone With the Wind, another female-led film was the same year and beat it to the Best Picture Oscar). 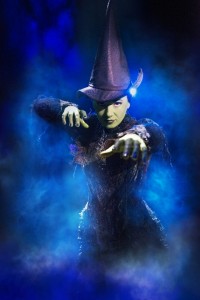 The film did not initially deliver the profit MGM had anticipated, but over subsequent years and as figures in 2014 suggest, the film has grossed more than $247 million. No wonder then that the team behind Wicked saw financial potential in a prequel.

With buckets of Tonys, Oliviers, Grammys and Academy Awards between them, the producers along with Stephen Schwartz (music/lyrics), Winnie Holzman (book) and Joe Mantello (director) are a dream team with fine knowledge of the industry and successful shows to boot.

Running over ten years with shows in New York, London, Japan, Germany, Australia and South Korea, the longevity of Wicked is testament to the demand for such art forms and familiar stories with a unique twist. The musical is old fashioned in some ways. But it is not a pastiche, nor post-modern piss-take, but a good, earnest yarn.

Based loosely on Gregory Maguire’s book, The Life and Times of the Wicked Witch of the West, the story poses these questions: what if the Wicked Witch wasn’t wicked at all but a product of her environment, and what if Oz was a totalitarian state run by a megalomaniac wizard whose only service was to himself? It’s a tidy posy of suggestion and makes for a fun evening without too much frivolity.

The touring cast is spectacular. On the night Northern Soul attended, Ashleigh Gray wasn’t performing the role of the Wicked Witch, Elphaba (the name, a nod to L. Frank Baum who wrote the original Wonderful Wizard of Oz stories). Instead we were treated to the standby, Jacqueline Hughes, and by jingo, what a treat. Reminiscent of the original Elphaba, Idina Menzel (she of Frozen fame), Hughes’s voice was by far one of the best things in the show. 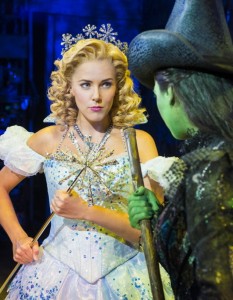 Her co-protagonist, Emily Tierney, did a fab turn as Glinda, the perfect kooky, ditsy stooge for serious and introverted Elphaba.

There were some lovely performances from supporting cast including the always brilliant Steven Pinder (whom I’ve had the pleasure of working with) as The Wonderful Wizard of Oz.

The run at The Lowry will appeal to schools with its positive themes of friendship and tolerance and, like a good Disney or Pixar, it’ll appeal to mums and dads – smutty jokes and adult asides are peppered throughout. At a running time of two hours and 45 minutes, bagging a ticket for this show really will take you on a gloriously witty and wonderful adventure. Susan Hilferty’s costume is spectacular as is Eugene Lee’s set, but tonight the stage belongs to Schwartz’s music which is modern, fresh and timeless.

Thirty years on from the beginnings of my minor obsession with Judy Garland and the Cowardly Lion, I pose the idea to my mother that we go together to see Wicked. “Oh, I’m not interested. I’ve never even seen the film”, she says. My mother, who conjured this long-standing love affair, hasn’t seen the original.

It’s not quite as good as The Wizard of Oz and I’m not sure I’ll tot up as many viewings of this musical as its predecessor but it’s pretty damn close. And that’s neither bad nor good, just totally wicked. 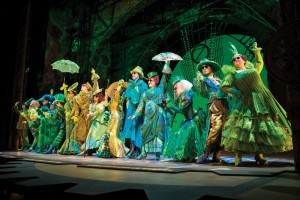