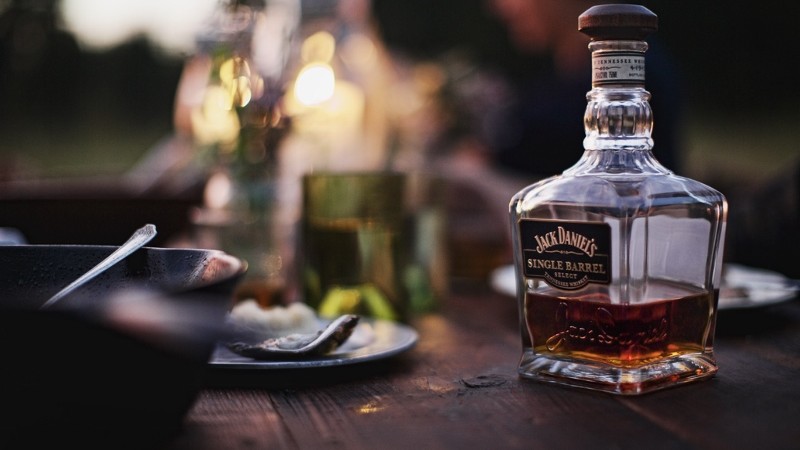 Father’s Day is as much about sharing as it is about giving, which is why Jack Daniel’s Single Barrel has created a gift that encompasses both these things.

Not only does the whiskey taste unique, each bottle of Jack Daniel’s Single Barrel can be engraved with a personalised message when purchased from The Whisky Shop, making it all the more special to the father receiving it. What’s more, Jack Daniel’s Single Barrel is also offering complimentary tickets to in-store masterclasses this July, perfect to share with your father to explore the craft of American whiskey together.

Not just any Jack Daniel’s barrel is granted the status of Single Barrel. Only one out of every 100 barrels is set aside by the Jack Daniel’s Master Tasting Panel to mature in the highest reaches of its barrelhouses. These areas of the barrelhouses present dramatic temperature changes, creating a truly unique whiskey.

This one-of-a-kind whiskey has a rich, robust flavour, accompanied with notes of toasted oak, vanilla and caramel. Each bottle is hand-bottled and labelled with a unique rick number and bottling date. With no two barrels the same, Jack Daniel’s Single Barrel presents the perfect opportunity to give that special man in your life the perfect gift this Father’s Day.

To be in with a chance of winning a personalised engraved bottle of Jack Daniel’s Single Barrel simply sign up to the Northern Soul newsletter (details of how to do this are on the right hand side of the page), and and send an email to stephaniealderson@northernsoul.me.uk with the title ‘Jack Daniels’.

WHEN: Engravings throughout June, with masterclasses in July