Construction began in 1132 when Cistercian monks arrived from Clairvaux, France. Walter L’Espec, the Norman Lord of Helmsley, had granted the land to the monks to establish an abbey following the Norman Conquest of 1066.

At the height of its success, the abbey farmed 14,000 sheep and prospered from wool sales. The early years of the operation were commercially very successful but declined in the 1300s due to the Black Death and the final blow of the dissolution of the monasteries under Henry VIII in 1538.

The present state of the abbey would certainly suggest that the buildings were dismantled, rather than being ransacked, and all valuables removed, including stone, lead and wood. Some of the stone found its way into local buildings, while the more valuable items were seized by the Crown. 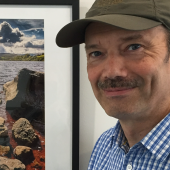 Paul Hunter is Northern Soul’s North Yorkshire Photographer. A freelance landscape photographer based in North Yorkshire with a background in engineering, film, photography and video, he moved into landscape work some years ago and has been busy building a portfolio of local and national landscape imagery ever since. His love of the landscape began as a child with family holidays to Scotland where the dramatic landscapes of Glen Coe and Ben Nevis were imprinted in his mind.

Photo Gallery: Service of Thanksgiving for Pets and Working Animals at Manchester Cathedral