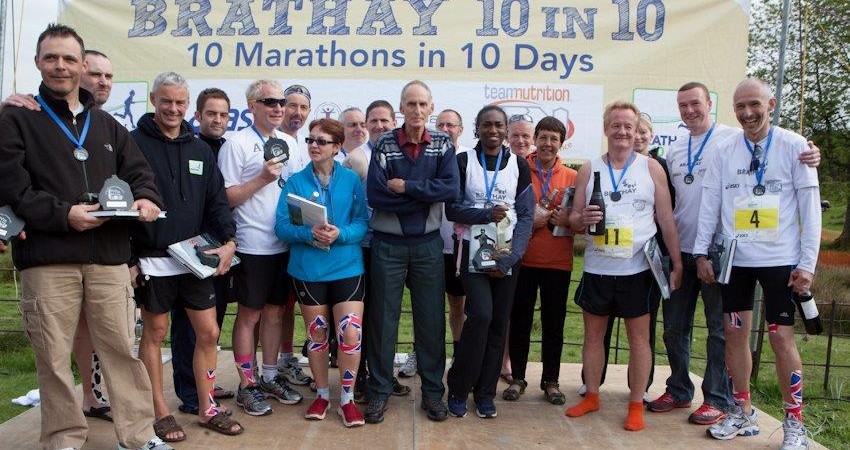 You have to be a running nutter to do the Brathay challenge (aren’t all runners nutters, I hear you say – fair point).

Next month, 11 new nutters will attempt to complete the challenge. Although I won’t be one of them – I did it four years ago – I will be there to cheer them on come rain or shine, pint of life-enhancing Bluebird bitter in hand.

The Brathay challenge is an extraordinary endurance event – 10 marathons in 10 days, one after t’other, in a loop around Windermere in the glorious Lake District. That’s 262 miles in just under a week and a half. Bring it on.

No rest day. Just 10 days running round the same beautiful course with its mix of spiteful hills and beautiful scenery, often with no-one but a sore hamstring for company. OK, it’s maybe not in the Eddie Izzard league (27 marathons in 27 days in the sweltering heat of South Africa) but it’s the toughest endurance event I’ve ever completed, and I’ve done a few in my time. It’s also the most rewarding.

Most people who finish it are changed for life. Marriages are broken or forged during the event (mine was broken), friendships are made for life (love you Adrian) and you discover a lot about your true self. Me? I realised anything in life is possible if you put your mind to it – even if you are a middle-aged man with a physique modelled from a diet of hard drinking and fast food. 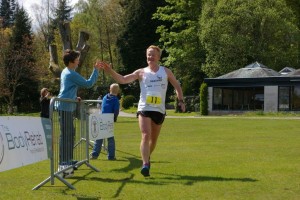 The Brathay 10in10 was first run in 2007. It’s the creation of the Brathay Trust, a magnificent charity doing marvellous things to help disadvantaged kids get a good start in life. Each day, the event starts just outside the charity’s headquarters, situated within walking distance of Ambleside, a mecca for walkers looking to enjoy the Southern fells. It then follows an anti-clockwise loop around England’s largest lake.

For the main part, especially the first half, it’s run on quiet roads with regular pit stops manned (and woman-ned) by Brathay volunteers so that runners can refuel, recharge or just weep with pain over a jelly baby and a (legal) energy drink.

At night – and the morning before each run – physio is available to crank moving parts back into action and to patch up wounds. It’s painful, agonising on occasion, but without it I’m not sure I would have got through the ordeal. There’s even a plunge pool that will shrivel anything that is plunged into its depths. I still shiver at the thought of it. I’m sure I lost parts of my body in that damned pool.

Accommodation at the charity’s HQ is provided, as is excellent food. It all helps to create team bonding. I shared a room with Adrian, a non-stop talking financial adviser from Southport. Mad as a hatter, so mad in fact that he completed the event despite a fracture to his leg.

What makes the event so extraordinary is the climax. The final marathon is run on the same day as the official Brathay marathon. It makes for a party atmosphere. I will certainly never forget the reception I got as I limped to the finish line – in a time better than my previous nine marathons! 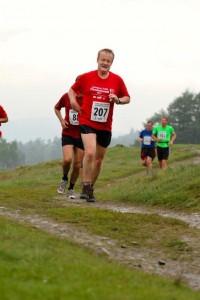 This year, there is also an accompanying half marathon on the final day for those who only want to endure half the amount of hills. It all takes place on May 22. So if you fancy entering, visit Brathay’s website. I recommend it.

Brathay’s collection of 10in10ers this year is as nutty as ever. But the nuttiest of them all is Paul Dewar, a publican from Ulverston, not a million miles from Brathay. Before he runs the 10 marathons, Mr Dewar intends to embark on a cycle journey (starting May 2) that will take him from Land’s End to John O’Groats – and then back down to Ambleside. Some 1,350 mile of furious pedalling.

He will mark his arrival in Ambleside (the day before the 10in10 starts) – not with a kiss and a cuddle with beautiful wife Trudi – but with a 10.5 mile swim in the icy charms of Windermere. Mad? Of course, but he’ll do it in style (he did the 10in10 with me back in 2012 so I know he is made from granite).

So, get up to Brathay on May 22 if you can (come and say hello – I’m the one with a pint of Bluebird, a pot belly and fading red hair). If you can’t, a donation to Brathay Trust wouldn’t half go down a treat. 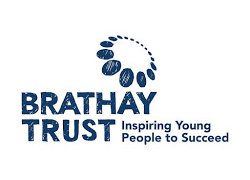