“I want to show the humanity that’s so often ignored.” Sarah Tarbit, winner of the Screen/Play Award

Saima Akhtar March 28, 2021 Arts Comments Off on “I want to show the humanity that’s so often ignored.” Sarah Tarbit, winner of the Screen/Play Award 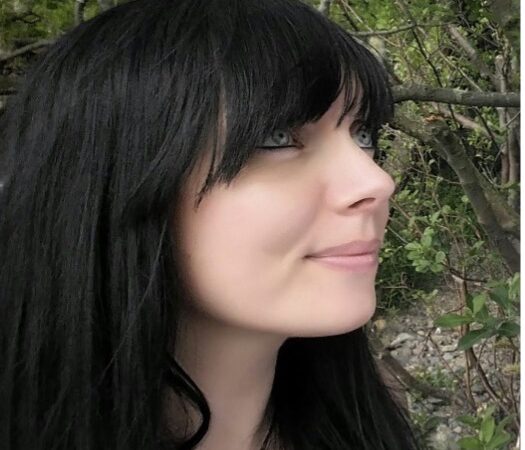 It’s quite an achievement. A Northumberland-based writer has racked up a major career milestone after beating nearly 350 entries in an open call-out for plays.

Sarah Tarbit is one of two winners of the inaugural Box of Tricks and Sky Studios Screen/Play Award. In a world where so much of the UK’s creative talent levitates towards London, this new writing competition has been a breath of fresh air. Launched in 2020 to unearth exceptional Northern talent from communities currently under-represented on stage and screen, both of the winning writers will each be awarded more than £10,000 to develop a 70-minute stage play for Manchester theatre company Box of Tricks, as well as a 20-minute screenplay with Leeds-based Sky Studios. The other winner is Conway McDermott, a trans non-binary writer from Liverpool. All 15 shortlisted writers of the Screen/Play Award also receive a tailored package of masterclasses and opportunities with industry experts.

So, what of Tarbit? Born and raised in Ashington, Northumberland, Tarbit obtained her BA and MA degrees in Creative Writing. Her plays The Whale Washed Up On Christmas Eve and Invisible Boundaries were well reviewed by theatre critics, the latter being reviewed in The Guardian. At the 2020 Northern Writers’ Awards, she was Highly Commended for the prestigious Sid Chaplin Award.

For Tarbit, there is no greater feeling than seeing her words come to life and she is “absolutely buzzing” about the prospect of having her story produced for the stage and screen. “I would love to see my play staged. I’ve never seen an audience’s reaction to my work, which will be something really special. Also, this award is a long-term relationship with lots of support. I’ve had a meeting with Box of Tricks and Sky Studios and I’m looking forward to seeing how it progresses.”

“Having a panel of experts believe in me and seeing value in my story means validation, not just for me as a writer, but for working class stories and stories from under-represented groups as a whole. Money can be a real barrier to establishing a career in the arts, especially given the current circumstances. We risk losing a whole generation of creatives. So, the Screen/Play Award, and those like it that invest in creatives, really are a shining light.”

You Belong Here is Tarbit’s original idea, which impressed the judging panel of actors, writers and industry executives.

“The idea I pitched was about a young lad who dies by suicide,” she explains. “It will explore the effects suicide can have on a community and the people left behind. I feel like I’ve known more than my fair share of people who have died by or attempted suicide, but one of the driving factors behind [You Belong Here] is because the North East has one of the highest suicide rates in the country.

She continues: “What’s worrying is that there seems to be more and more young people suffering. Since 2012, the suicide rates for females under 25 has increased by 93.8 per cent. Stories help to start discussions, as we’ve seen recently with It’s a Sin (2021), they’re a gateway into having these difficult conversations and tackling some of the stigma around such issues. It all sounds pretty bleak when I put it like that, but it’ll be wrapped in North East charm.”

Ashington, once a centre of the coal mining industry, is a major influence in Tarbit’s work. She speaks fondly of her home town, which serves as an inspiration for her characters and their journeys.

“I write a lot about where I’m from,” she says. “Ashington has a really rich history. At one point, it was the largest mining village in the world. It had, and still has, a really strong sense of community. Even the way we talk, our fathers and grandfathers were pit-yackers and you can still hear traces of it in our mouths.”

Around 17 miles north of Newcastle, Ashington is the only English town to have produced three World Cup winners: football legends Jack and Bobby Charlton and England cricketer Mark Wood. But the small ex-mining town is currently in the top 10 per cent of deprived areas in the country.

Delving into her Ashington roots allows Tarbit to portray working class life authentically, without any negative stereotypes. “Often, when people talk about working class stories, they think of high-rises, flats and inner city. But actually, in Northumberland, we have access to some of the most beautiful spaces in the country, like our shorelines and castles. I want to share the stories behind the statistics, to show the realities of living in a community like this one. 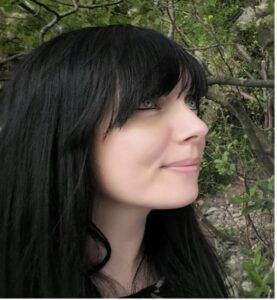 “I want to show the humanity that is here that’s so often ignored when the media mock, villainise or shame people who are below the poverty line, or who are struggling with mental ill-health or addiction. There’s a lot of nuance that’s often left out of the conversation or the stories we see of working class life that I want to show. Don’t get me wrong, there are some people doing this beautifully. Ken Loach’s films for example, or the new play Shook by Samuel Bailey, but there’s so many more stories to be told from communities like Ashington. Communities that have been scarred by industry and are struggling to survive.”

She adds: “For all Ashington is clearly run down, I think it’s really beautiful in its own right. I think the different textures of the back lanes, the pebble dash, the yellow brick, the red brick, the wood and slate, the cracks in the concrete and the potholes that make shiny puddles, all make for a rich visual experience that tells a story of its own.”

Writing became Tarbit’s calling after a poem sparked her curiosity about the duality of so-called good and bad.

“In Vultures by Chinua Achebe, we see a commandant at Belsen Camp, who has the fumes of human roast clinging rebelliously to his hairy nostrils, stop and buy sweets for his child. It was the first time I read something that made me think about the world around me. Were ‘bad’ people all bad? Were ‘good’ people all good? This idea has played itself out in most of my work. I write about characters who are often seen as ‘bad’ people and explore them, showing the humanity and the nuance that’s often missing from the caricatures we read about or hear about on the news.”

She continues: “In my second short with Live Theatre, The Whale Washed Up On Christmas Eve, we see Frank, a man with an addiction problem who has been incredibly violent. It’d be easy to deem him a ‘bad’ person. But in unravelling his story, we see why he has struggled with anger, violence and mental ill health. Context is important. Similarly, with Invisible Boundaries, we see Kelly on the day her ex-boyfriend is being released from prison. It’s easy to judge someone who has served time, but nobody hopes their life will go that way. Through their story you see how, for years, they work towards a better life, but their dreams and ambitions are dashed by circumstance. Life isn’t black and white. It’s all these shades of grey that are interesting to me.”

Playwriting is Tarbit’s preferred artform because it allows room for creativity and different interpretations.

“In a play, if someone opens a door, they open a door,” she says. “Plays are dialogue-heavy, so it’s capturing characters by the way they talk. So, you can maybe suggest how they move. Every time I’ve written things and given it to actors and a director, it’s exciting because it’s so collaborative. Actors have their own ideas.”

What advice would Tarbit offer to aspiring writers?

“Write as much as you can. Don’t worry about the quality of it to begin with. Find your voice and, once you’re confident, just submit it everywhere. There are lots of opportunities. The Northern Writers’ Awards have awards for every type of writing, like poetry, film and television. Theatres often have call-outs. Whenever you have opportunities, just submit and ask for feedback.”