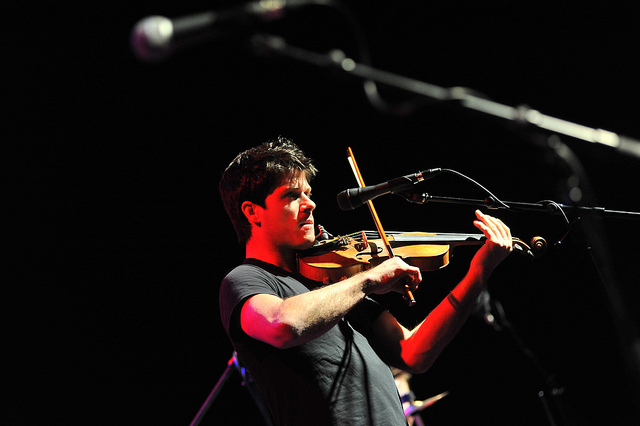 He’s a folk singer-songwriter and virtuoso fiddler whose music dwells on rural myths, eerie legends and sweeping landscapes. So it comes as some surprise to learn that the first album Seth Lakeman ever bought was Bon Jovi’s Slippery When Wet. The hair metal best-seller wasn’t exactly top of my list of Lakeman favourites but, now I come to think of it, I’d pay cash money to see him perform You Give Love a Bad Name.

Lakeman is a bit of an enigma. He first shot to prominence after scooping a Mercury Music Prize nomination in 2005 for Kitty Jay, his second solo album recorded for less than £300 in his brother’s kitchen, and subsequently forged a career producing toe-tapping, energetic and engaging songs which only hinted at the traditional tunes he’d been brought up on in Devon. He enjoys the kind of public profile – and success – that other folk singers can only dream of. 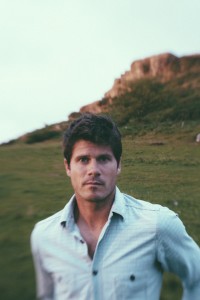 Then, last year, a departure from the norm with Word Of Mouth, a collection of tales from ordinary people with extraordinary lives living in the South West of England. But perhaps it’s not unusual that, with a former journalist for a father, Lakeman was keen to collect living narratives.

“Word of Mouth was written over a year and a half,” says Lakeman. “It’s about people’s stories and I was trying to tell these stories with song. I was taking people’s experiences through interviews with them, and then using snapshots of their lives and writing them into songs. It was a journalistic-driven record. We recorded it in a church in West Devon and it came together quite naturally. We’d done 100 interviews and whittled them down to produce a record that is very natural.”

Dartmoor born and bred, Lakeman has drawn on his heritage throughout his professional life. And he’s not the only one in the family to have used his background as inspiration. His brothers Sean and Sam are also folk musicians – Sean is best known for collaborating with his wife, the singer Kathryn Roberts, and is also an in-demand record producer, while Sean works closely with his wife, the folk artist Cara Dillon. It’s probably very un-PC of me to say so, but, man, that’s one good-looking clan.

Often dubbed ‘the man who made folk sexy’, it’s no stretch of the imagination to envisage Lakeman as the dark, brooding lead in Poldark. He’s half-Cornish after all and isn’t called the ‘poster boy of a folk revival’ for nothing. But Lakeman is a reluctant pin-up, much more interested in his work. A recent highlight was The Full English, a ‘super-group’ comprising Lakeman and other luminaries of the folk world.

“Being part of The Full English was superb,” he enthuses. “It was a lot of fun and gave me a really important insight for the future of my writing. I learnt so much about traditional music from that project, about songs and about broadsides. It was a great project to be part of and really opened my mind to other areas. I got to know other styles of folk songs and learn more about how stories are put together.”

Lakeman’s next album is another foray into something new.

He explains: “It’s very different to Word of Mouth. I’m working with three girl singers, siblings from Exeter, called Wildwood Kin. I’ve written a lot of songs which are ready to record and hopefully will be in the studio in the next couple of months. The album will be stripped back – four voices and one instrument. I’d call it a spiritual Americana theme. It will be a vocal-based record.”

Lakeman will be touring with Wildwood Kin in December and with Josh Rouse in October. But before all that, he is one of the headliners at the annual Homegrown folk festival in Bury, Lancashire. Now in its fourth year, this celebration of the finest English folk music is fast becoming a must-see event for folk and roots fans. In the past, Northern Soul has described it thus: “One of the most important live showcases of contemporary and traditional English folk, roots and acoustic music in this country, if not all of Europe.” 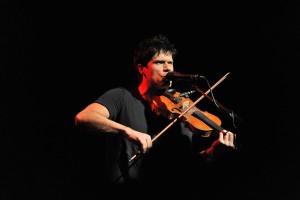 Lakeman is on stage at the Castle Armoury Drill Hall tonight, followed over the next few days by the likes of Eliza Carthy, the Emily Portman Trio, the Keston Cobbers Club, and The Unthanks. A Homegrown favourite and also a regular at The Met – the festival organisers – Lakeman is looking forward to being back in the North West.

“The Met is superb. For that area of England, it’s a flagship venue. It’s probably one of the best arts centres up there. We feel very jealous down here [in the South West]. I’ve been playing at The Met for years in different acts, probably 16 or 17 years, and it’s always brilliant. And it’s really, really important to have a festival like this, to have a showcase for this sort of stuff. It’s a privilege to play there.”

If you’re heading down to Homegrown tonight, you’ll definitely hear Kitty Jay, one of Lakeman’s most requested songs. In a digital age where it’s easy to download music without ever seeing the songwriter live, Lakeman says he is committed to touring and believes that “live music is where it’s at”. Get yersen down to Bury this evening and see for yourself.

For more information about the Homegrown folk festival, follow this link: http://themet.biz/homegrown/