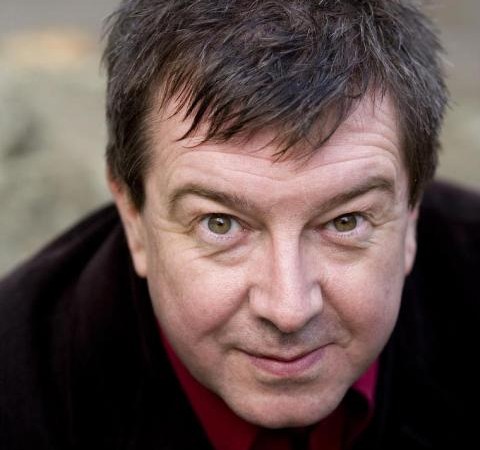 When it comes to contemporary Northern voices, Stuart Maconie’s is among the most familiar – and not only because the voice in question can be heard most days on BBC 6 Music.

Alongside his broadcasting work, Maconie has maintained a successful career as a writer of non-fiction. His popular 2007 book Pies and Prejudice was a wry travelogue which sought to distil the true essence of the North of England in the 21st Century. Other fine titles have followed since but now Maconie has returned to this home territory – he grew up in Wigan – for his latest work, The Pie at Night.

Talking exclusively to Northern Soul, he explains that while it follows in the slipstream of his earlier book, it isn’t quite a sequel.

“Even though Pies and Prejudice never said it was an exhaustive guide book or anything like that, lots of people would say to me, ‘Oh, you didn’t come here’ and ‘You didn’t come here’ and ‘You didn’t go to Hull’ or whatever,” he says. “So I thought, well, at some point I will do another book sort of in the same vein. But I thought it’d be a bit lazy just doing Pies and Prejudice II, and so this idea occurred to me.”

The Pie at Night, subtitled In search of the North at play, sees Maconie sampling a wide range of leisure activities popular around the North today, taking in rugby league, crown green bowls, bingo, comedy clubs, brass bands, Yorkshire tapas bars, Blackpool illuminations and all points in between.

“Its original title was Workers’ Playtime, and it was going to be about what people in the North and in working Britain have done for fun. Then I began to think more and more that we could could make this a companion to Pies and Prejudice really, and in a way totally unashamedly trade off the fact that that was a big hit and keep the idea going.”

Maconie’s previous book, 2013’s The People’s Songs, told the social history of post-war Britain through a series of pop singles, tying in with a 50-part documentary series of the same name on BBC Radio 2, plus a national speaking tour. Not surprisingly, Maconie came out of that project eager to go back to basics. “I wanted to do something a bit more personal. I wanted to do something that gave me a bit more chance to go off into my own little sections and riffs that I do, because it was little bit more academic, really, People’s Songs – the series of which, though, I’m delighted is being repeated all next year, because I think it’s one of the best things I’ve ever done.” 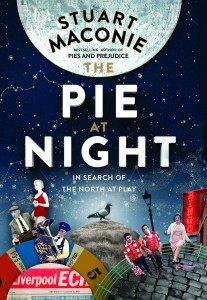 By way of contrast, The Pie at Night looks squarely and carefully at the state of Northern Britain today. “It’s vaguely political with a small ‘p’ in that we’d had a General Election and everywhere I looked, there was ‘Austerity Britain’. I just kept seeing Jeremy Kyle and Benefits Street which were presenting – well, I know they’re not really what you might describe as working-class people, but they were presenting people from certain parts of the country in a particular light and demonising them. I just thought, this isn’t really what our communities are about. They’re people forming brass bands and going to the opera and improving themselves and going walking in the hills and stuff like that. So I wanted it to be a kind of celebratory thing, really, about how the North and working people throw themselves into having fun.”

Of course, Maconie’s books are available across all compass points of the UK, from Croydon to Winchester as well as from Chorlton to Doncaster. Southern readers in general seem to have responded favourably to his North-centric output.

“I think hopefully they can be read and enjoyed by anybody, but I’ve met lots of Southerners who’ve said they’ve used Pies and Prejudice almost as, not necessarily a guidebook, but as a sort of brochure, like saying, ‘Come up North, it’s different to what you think!’”

Working at the BBC’s Salford studios in MediaCity, Maconie has been around the mass relocation of broadcasting professionals from the South. “Yeah, I joked about it with Peter Salmon [departing head of BBC North]. I said, ‘Why don’t you put them a copy of Pies and Prejudice in with their starter pack?’. Because also, of course, it would have meant quite a few nice sales for me. Peter Salmon did actually asked me to go along to a couple of the early get-together meetings of people who were moving up North to sort of talk to them in the vein of Pies and Prejudice, and say, it is not what you think. People probably didn’t think they were going to be able to get pizzas or wine, and I had to disabuse them of that notion.”

Preconceptions such as these remain deep-seated and widespread, though. “It is extraordinary, some people’s attitudes within the M25, how blinkered they are about the North. It is still a foreign country to a lot of people down there, which is ridiculous, really. I mean, I can’t believe I meet people who say, ‘I’ve never been to Manchester’. It’s like, how can you have not been to Manchester? If a Northerner said they’d never been to London, you would quite rightly think that was a bizarre state of affairs.”

For some of those relocating BBC staff, though, the move has worked out very nicely. “I spoke to a guy who’s just moved up here with the Janice Long show, a guy I’ve know from Radio 2 days. I said, ‘How are you getting on, then? How are you settling in?’. And he said, ‘Yeah, the clichés turned out all to be true, didn’t they? The people are friendlier, it’s cheaper, it’s nicer…’ I though that was quite sweet.” 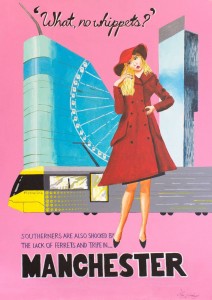 There are, Maconie reckons, many remarkable hidden gems around the North which he’s yet to write about. “I think, although I’m loathe to make the property prices go up there more, between Manchester and Yorkshire there’s a whole string of those places like Delph, Dobcross and Saddleworth which are beautiful little villages with cracking pubs. If I was making the move up North I’d be thinking maybe I’d move to one of those sorts of places. I think there a whole sort of hinterland between Lancashire and Yorkshire that doesn’t really get explored that much. It’s beautiful walking country. You’ve got Manchester on one side in 20 minutes on the train, Leeds on the other.”

Maconie first made his name as a writer, initially as a regular contributor to the NME from 1987 onwards. Nowadays his broadcasting commitments keep him very busy, but he says it’s still very important to him to continue to work as a writer.

“Oh, absolutely. That’s what I call myself. I think of myself as a writer primarily. I think of myself as a writer who fell into doing other things, and without any offence to the other stuff that I do, I will be a writer when all that has finished. That is absolutely what I do. Even the broadcasting is a kind of writing, because it’s about picking words, really. It’s not maybe writing it down, but it’s about language and it’s about organising your words and thoughts into amusing and entertaining or interesting ways. I call myself a writer and broadcaster, but ‘writer’ always comes first.”