Swooning on a Sunday Afternoon

Sunday is normally a day of rest. For many it is a rest from the extravagances of the previous night (please take note all of the Northern Soul correspondents attending the first annual Xmas party). I, on the other hand, forswore the delights of the festive season to attend this light-hearted and delightful performance of Donizetti’s L’Elisir D’Amore. I mention this as my entire Sunday thus far had been taken up with stories of indulgence, overindulgence and indeed, overdose. It began with lurid tales of the lifestyle of the fallen Nigella in the Sunday press (despite her spirited defence), the shocking overdose and attempted suicide of the hapless Darell in the Archers only to be followed by yet more potions, remedies and elixirs in the early 19th century Italian countryside.

Thankfully, the two hours I spent at the Royal Northern College of Music in the company of this ‘Opera Buffa’ performed by students of the college brought me back to the true romantic meaning of ‘loved up’. Donizetti’s comic story concerns the shy, lovelorn Nemorino (Kang Wang) who has lost his heart to local ‘it girl’ Adina (Bryony Williams). In Act 1, Adina regales the locals with ‘Tristan and Isolde’ and its use of love potions. Nemorino conceives a notion that the only way he will fair maiden’s hand is by drugs. No, not rohypnol but a l’elisir d’amore, an elixir of love. 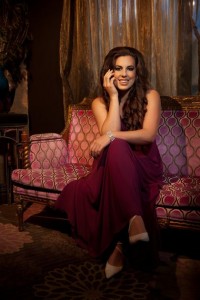 In the meantime, the flighty Adina has betrothed herself to Sergeant Belcore (Benjamin Lewis), a bounder in a uniform, dashing Nemorino’s hopes. Enter Dr Dulcamara (Thomas D Hopkinson), a mixture of Wizard of Oz, snake oil salesman and street corner dealer, promising the naïve Nemorino the solution he’s been looking for. In true comical romantic fashion, Dulcamara sells him a bottle of Bordeaux instead, which Nemorino drinks giving him the illusion that by morning Adina would be his. Well, the number of times that’s happened to me – and I can tell you it only leads to heartache and hangover. And here I learn another valuable lesson that only opera can teach you. In early 19th century Italian comic romantic opera, it works. Well, sort of. Nemorino’s fortuitously terminally ill and rich uncle dies leaving him a fortune. This in turn makes all the girls in the village fancy him, driving Adina crazy with jealousy. Before you know it, the hastily arranged marriage between Adina and the bumptious Belcore is called off, leaving Adina and Nemorino to live happily ever after in a pre-unified Italy before Garibaldi attempted to destroy the aristocracy and take all of Nemorino’s new found wealth away. Only kidding, this is comical romantic opera after all.

All the principals sang with charm, beauty and humour, with a light touch and gusto when needed. They were supported by the orchestra with a robust musicality under the talented leadership of conductor Francesco Pasqualetti. A special mention should go also to Rosanna Harris as ‘Giannetta’, Adina’s flirty gossip of a best friend. Though the last word must go to Kang Wang as Nemorino for his second act aria which brought the house down and a tear.

What: L’Elisir D’Amore by Gaetano Donizetti

When: the performances continue on Tuesday 10, Thursday 12 and Saturday 14 December at 7-30pm