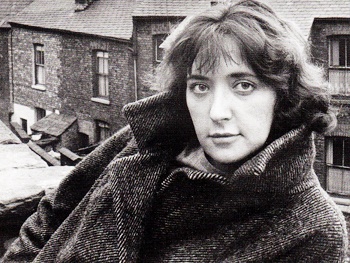 In April 1958, London-based theatre director Joan Littlewood received a package in the post from 19-year-old Shelagh Delaney of Duchy Road, Salford. It contained a play manuscript called A Taste of Honey, with a covering letter explaining that the sender was a novice playwright. By the year’s end, Littlewood’s production of A Taste of Honey would be a sensation, with West End and Broadway transfers in the pipeline, as well as a film adaptation. It made Delaney’s name and transformed her life.

Now, a new critical biography of Delaney, Tastes of Honey by Selina Todd, explores how this came about, the cultural impact that Delaney’s work had, and what happened next.

Speaking to Northern Soul, Todd says: “It was a really challenging project. Nobody had written about Shelagh, and in some ways that’s a great opportunity, but she had this tendency to burn stuff whenever she fell out with anyone – and she was really good at falling out with people. Her private papers were this weird array of bus tickets from 1979 and then no personal letters for a five-year period.”

For a whole generation, Delaney being used as a cover star and all-round touchstone by The Smiths was a gateway to getting acquainted with her work. Todd, now a Professor of Modern History at Oxford University, laughs. “For me it wasn’t, actually. I was a teenager around the time of The Smiths but I was quite a square teenager. In my late teens I got very into reading so-called ‘kitchen sink’ dramas and came across Shelagh around then. I read A Taste of Honey for the first time in my early 20s. Like a lot of people, I saw the film first and really loved it. It took me a while to work out what was different about the film. Then I realised, ‘oh yeah, all these other films and novels are about fellas and hers is about women, absolutely centre stage’.” 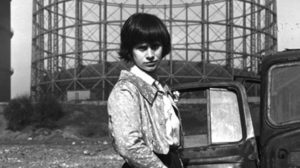 This notion of Delaney as a strong, clear, influential voice, Northern, working class and female, is explored in depth throughout Tastes of Honey. In that respect it’s a natural step on from Todd’s previous book, The People: The Rise and Fall of the Working Class, 1910-2010. A study of hundreds of ordinary people’s lives, Todd was keen for the book to have a clear thread running through it. That thread emerged in the story of Viv Nicholson, legendary Leeds wife of a major 1961 Pools winner who declared her intention to “spend, spend, spend” as her life became an out-of-control rollercoaster.

Todd says: “I tried to weave Viv’s story in throughout that book but also have some discrete chapters that just dealt with her. It made me realise that biography is a very different form of writing, a very creative and challenging one. The People did what I wanted it to do, but I felt that I wanted to do something different next and that sense of getting inside someone’s head had really intrigued me.” 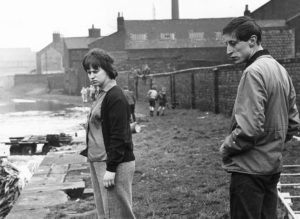 Getting inside Shelagh Delaney’s head must surely have posed quite a challenge. Her career, and indeed her whole life, took an unconventional path. After A Taste of Honey became a cultural phenomenon, she followed it in 1960 with The Lion in Love which received decidedly mixed reviews and is often overlooked today. She never wrote another stage play. Over the next four decades, more work followed in fits and starts – film scripts, radio plays, TV dramas and a collection of short stories – but it seems that Delaney was intent on living life at her own pace. Todd says: “There was this story of ‘Northern girl makes good, goes off to the bright lights of London, is never heard from again’.”

She also became a much less press-friendly figure as time went on. “When she wrote A Taste of Honey, Shelagh really enjoyed the glamorous West End lifestyle of London for a couple of years and there was a huge amount of press coverage about her. Then when she became a single mother in 1964, she was doorstepped by the tabloids in a really intrusive manner. She became a very private person as a result of that.”

“Charlotte very kindly introduced me to relatives and family friends who really helped to fill in the gaps. Shelagh always had a very eclectic friendship group and she was very eclectic in her interests, so a lot of the last few years have been a real detective story, going to theatres, going to archives around Salford, going to places in London, just trying to work out who knew her, who might have some memories or some papers.” 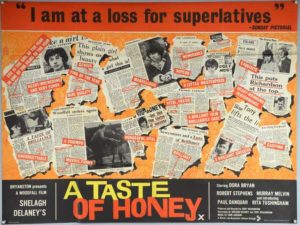 Delaney’s plays were acclaimed for shining a spotlight on real life, but at the time the good burghers of Salford were less than enamoured with how this reflected on their city. “Salford Council really took against her in a big way. They vehemently opposed to what she was doing and said she was bringing shame on the city. She hadn’t necessarily wanted to leave Salford, but I think she felt forced out because of very conservative attitudes about what young working class women should be doing.”

There are whopping great parallels here with Bradford playwright Andrea Dunbar, herself a working class Northern woman who wrote excoriatingly honest 1980s plays such as Rita, Sue and Bob Too while barely out of her teens. Bradford wasn’t particularly appreciative of Dunbar’s work either. Todd says: “Just like Andrea Dunbar, all of these arrows were shot at Shelagh because she was seen as a working class woman getting above herself.” 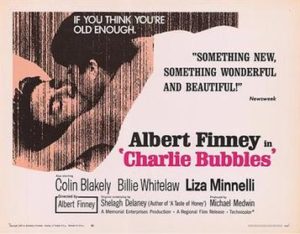 Todd speaks glowingly of contemporary local theatre projects such as MaD and Salford Arts Theatre which offer opportunities for women and young people who want to follow in Delaney’s footsteps. Delaney died in 2011 from breast cancer and heart failure. She was 72.

“There was always this kind of sense with Shelagh that if she was going to make it, she’d have to go to London and that’s a shame. It shouldn’t have to be like that. It would be great to have more funding for those groups, but what we have also lost is this sense that, in London, there were places that were open to new voices, new writing, and not just because you’re a specimen of some kind of curious, extraordinary species, but because your life is that of the majority. I was watching Fleabag the other night, which I’d never seen, and various people had raved about it to me, and I thought ‘it’s alright, but they’re really rich’. I mean, I speak as someone who is a Professor at Oxford. I’m well off, but they are really rich. The way that life is presented now on the TV, the norm is just upper middle class, and that’s not how it is.”

These days Salford has learnt to embrace the achievements of Shelagh Delaney. A Guinness Trust tower block offering affordable accommodation on the city’s Cannon St has been named ‘Delaney Heights’ in her honour and a new national tour of A Taste of Honey has made its debut at The Lowry this month. Having endeavoured to get inside her head, though, does Todd think Delaney would appreciate all of this attention? What, for instance, would she make of someone having written a book about her life and work?

“I know in her lifetime she didn’t want it written, because she became an intensely private person. Her daughter said to me that on the quiet, though, Shelagh was quite tickled about Morrissey name-checking her. I’d like to think that she would have enjoyed the book – but really, if I’m being completely honest, I think she would probably have written me a very polite note and then put it on top of all the other books and plays that she was constantly being sent, and in about 20 years’ time, it would have been discovered by somebody under the bed gathering dust.” 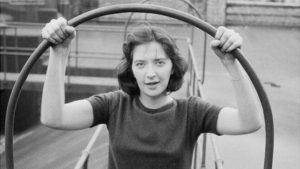 Having written the book, does Todd admire Delaney more than she did at the start, or perhaps less?

“There were times when she totally infuriated me because of the constant sense of, not just lost opportunity, but a kind of prevarication. For the first half of the project I had moments where I thought ‘can I really find a way of writing about this woman?’. Because I’m not a prevaricator.

“Actually, what it made me realise is, there’s a lot to be said for a life where you take your time. She was very clear that family and friends came first most of the time. She was also someone who produced really great work, actually. Not just A Taste of Honey but The Lion in Love and even right at the end of her life, amazing, lyrical radio dramas about women and young people for Radio 4 in the 2000s. I think she could do that because she did have long fallow periods. So yeah, I did get to admire her more and it made me think a lot about how frenetic and how workaholic we are now, and how much we prize this idea of constantly, constantly working. I don’t think that’s how you produce quality drama.” Tastes of Honey: The Making of Shelagh Delaney and a Cultural Revolution by Selina Todd is available from Chatto & Windus in hardback and e-book.