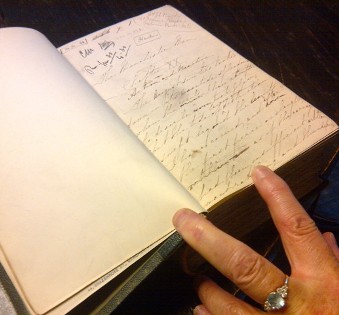 There’s a street in the heart of Manchester called ‘Scotland’. Just ‘Scotland’. Not Scotland Road, Scotland Street or Scotland Avenue. Where are you going? Oh, I’m going to Scotland, it’s right next to the River Irk and not far from Victoria Station.

I learnt this delicious fact on a recent walking tour around the city, courtesy of the Manchester Literature Festival and Green Badge Tour Guide Anne Beswick. The story goes that, in the 19th century, this area of Manchester was used for cattle grazing. Farmers would drive the cows down from Scotland, stopping along the way, and local residents would purchase cattle for slaughter. With no means of refrigeration, it made sense to buy up a small number at a time, both for meat and leather. Today much of the area is a residential development called the Green Quarter, which is kind of nice given it was once fields.

While there are a large number of walking tours on offer throughout the North West, The Manchester Man has got to be one of the most interesting. Over the course of two hours, we wound our way round the city’s streets, following the narrative of Isabella Banks’ 1876 novel. Published in three volumes, the novel tells the story of Jabez Clegg, the ‘Manchester Man’ of the title, mirroring the economic growth of the city during the early years of the 19th century and vividly portraying the Corn Law riots and the Peterloo Massacre of 1819.

I love this book. I first read it some years ago having discovered a rather battered copy on my Mum’s bookshelves. I immediately fell in love with the hero, was fascinated by the detailed descriptions of key events in Manchester’s history and won over by Banks’ plot.

Although the novel isn’t terribly well known now, it was popular in its day. Like so much of Dickens’ work, it was serialised in 19th century magazines and, for a time at least, Banks (who, as was the tradition, published under her husband’s name as Mrs G. Linnaeus Banks) was a celebrated author. Today her legacy lives on in the names of two bars in central Manchester, Jabez Clegg and Joshua Brooks (both characters from the book). I wonder how many people have drunk in these pubs, oblivious to their etymology.

I suppose it would be fair to say that Banks’ book is a bit of a pot boiler. It charts Jabez’s rise to local prominence as well as his complex and melodramatic love life. People are killed off with abandon and the plot twists and turns with alacrity. It begins with a flood (a real event in Manchester’s past) and so that’s where we started our tour, on the aforementioned stretch of road called Scotland.

Like Moses nestled in the bulrushes, Jabez is discovered in the flood waters, having washed downstream. He is taken in by Simon Clegg, a local tanner, and his daughter Bess after the novel kicks off with a rousing first few sentences:

‘When Pliny lost his life, and Herculaneum was buried, Manchester was born. Whilst lava and ashes blotted from sight and memory fair and luxurious Roman cities close to the Capitol, the Roman soldiery of Titus, under their general Agricola, laid the foundations of a distant city which now competes with the great cities of the world.’

It’s stirring stuff and sets the tone for the rest of the book. Last week we followed Jabez’s journey, visiting houses inhabited by some of the main characters, the tanners’ yard and, most thrillingly, we ventured into Chetham’s Library for a chat with librarian Michael Powell. 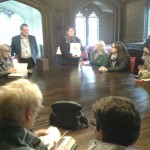 Housed in a medieval sandstone building, Chetham’s is the oldest free library in the English-speaking world. It’s a joy of a place, all Harry Potter ginnels and heavy oak doors. Powell himself is one of the most entertaining elements of Chetham’s: his vaguely irreverent tone, genuine love of literature and unselfconscious manner is entirely engaging. He is also wont to reveal startling first editions and handwritten scripts as if it’s the most natural thing in the world. When he nonchalantly produced Banks’ original manuscript, bound in four volumes with green leather spines, the room gave a collective gasp of surprise. And, then, THEN, Powell passed the precious cargo around the room.

Seeing an author’s handwritten draft of a favourite book is really special. It’s up there with the first ever football match I went to (Old Trafford when I was 14 years old), the first time I discovered Keats’ letters on display at Hampstead House and the first kiss with a boy I really liked. Banks’ notes were particularly intriguing: inky fingerprints stained the pages making her presence feel tantalisingly close, and unworthy passages were struck out with a mish-mash of crossed lines. John Rylands library has a first edition of The Manchester Man but I can’t imagine the experience of holding that book would come close to tracing Banks’ handwritten sentences.

On any other tour, experiencing the book first-hand may have made the remainder of the walk a bit of a damp squib. Not so with Anne Beswick. Much like Banks herself, Beswick proved the most engaging of storytellers, drawing oohs and aahs from the crowd as she revealed plots, sub-plots and Banks’ fiery imagination. I’ve been on a few walking tours and I can say with some confidence that Beswick’s is the best yet. I remember one ill-fated Spies walk in London. It was meant to be a informative guide to the Cambridge Four but instead of learning about Burgess et al, we were treated to a three hour meander in the freezing cold, the highlights of which included the guide’s drinking dens.

I said earlier that Banks’ legacy lives on in two pubs. But they’re not the only places where that is so. An excerpt from the novel can be found on Tony Wilson‘s gravestone in Southern Cemetery. It seems entirely fitting: an epitaph written by a Manchester Woman to a Manchester Man:

‘Mutability is the epitaph of worlds
Change alone is changeless
People drop out of the history of a life as of a land
though their work or their influence remains.’ 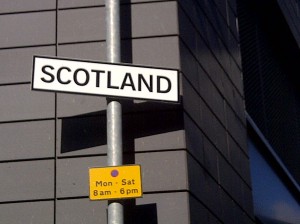 Next week: Northern Soul goes behind the scenes at Chetham’s Library 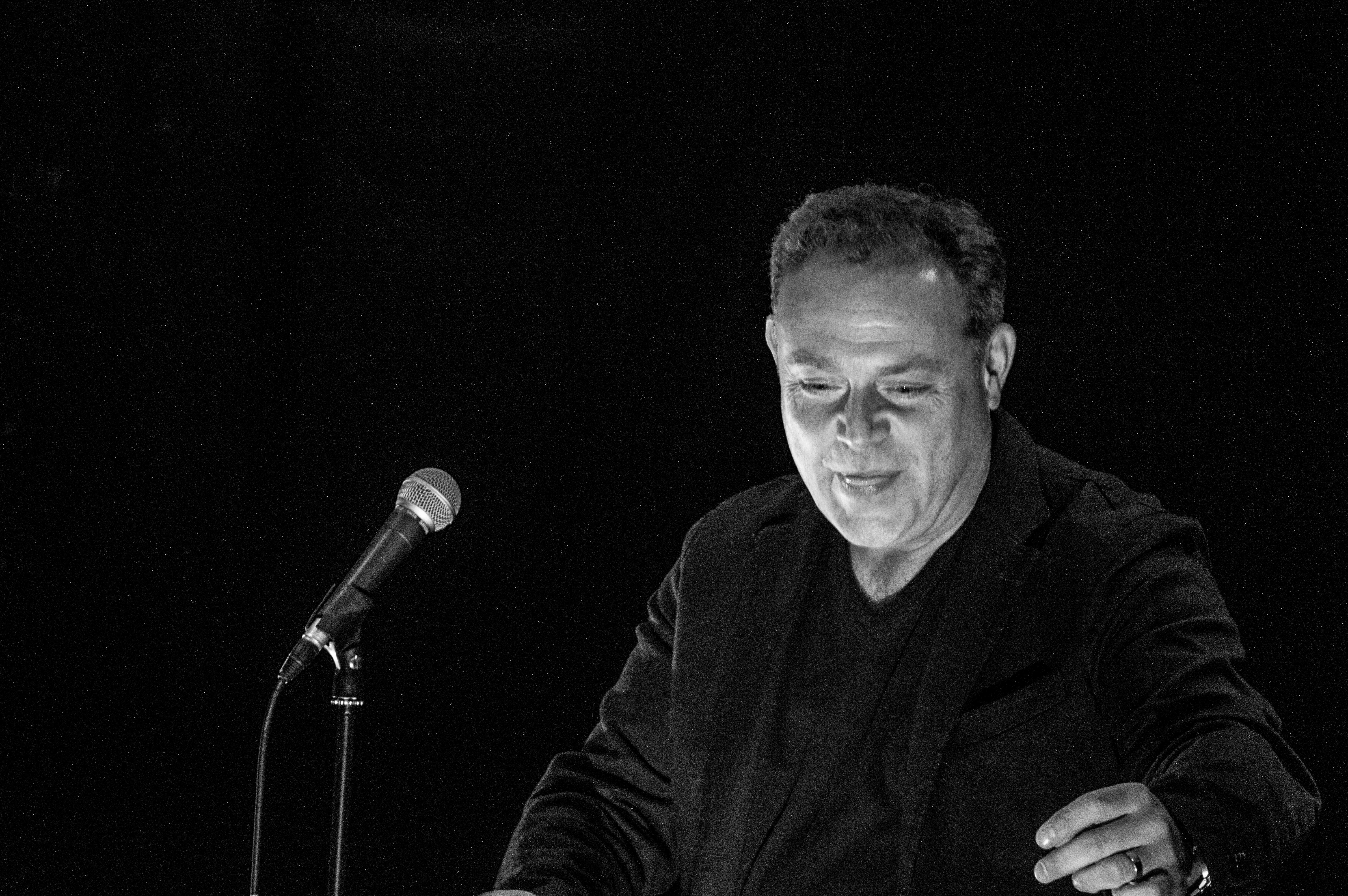 Is this John Thomson? Oh yes it is! 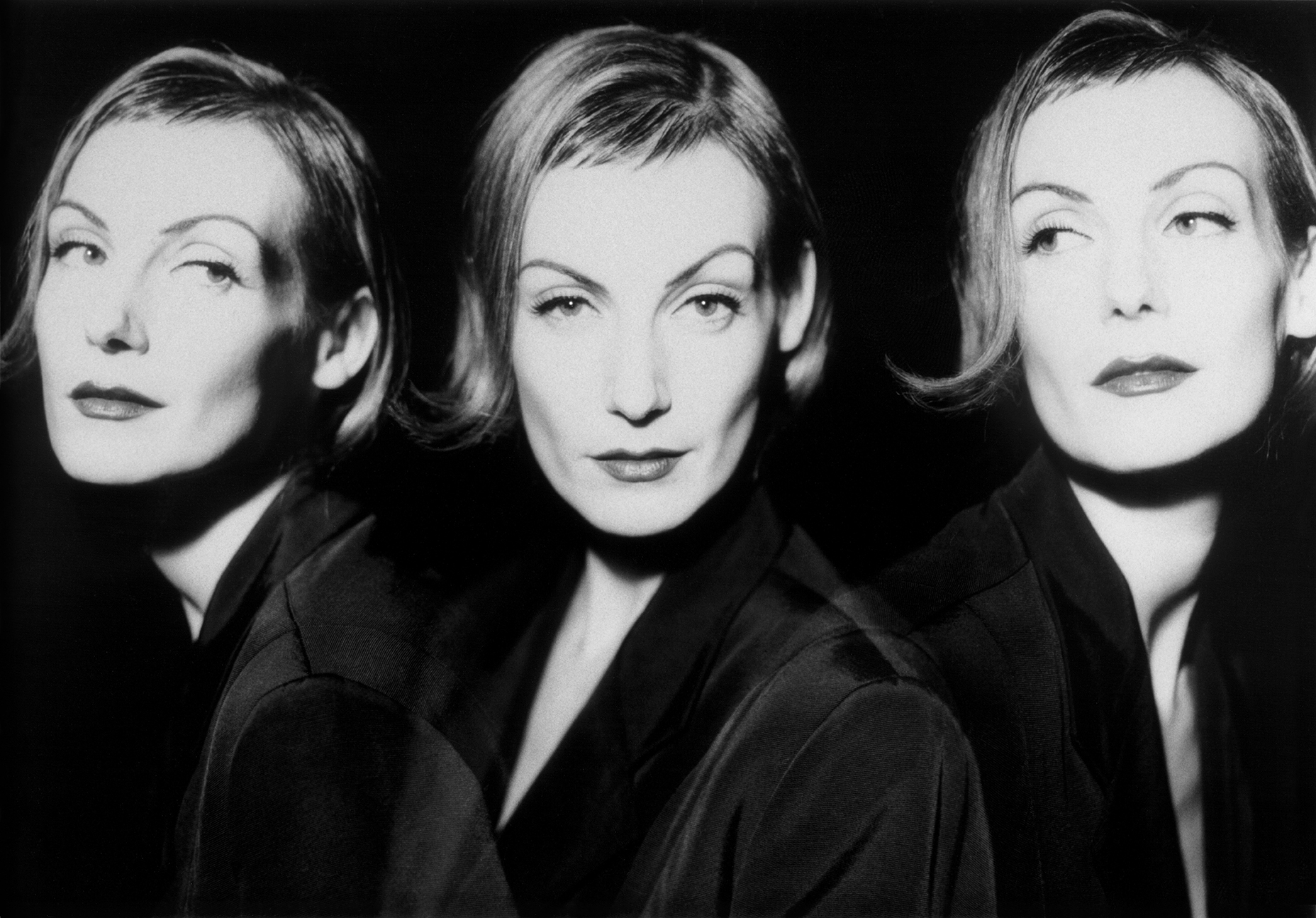 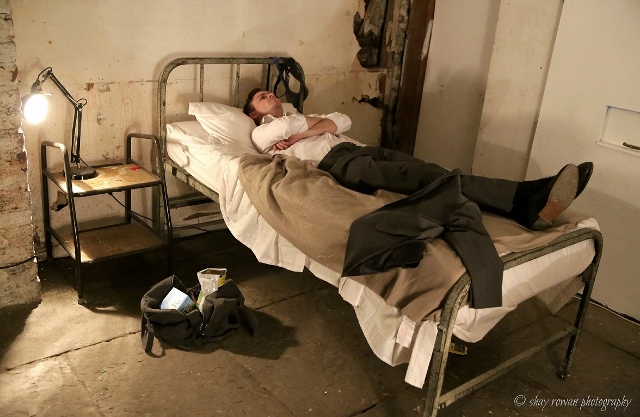 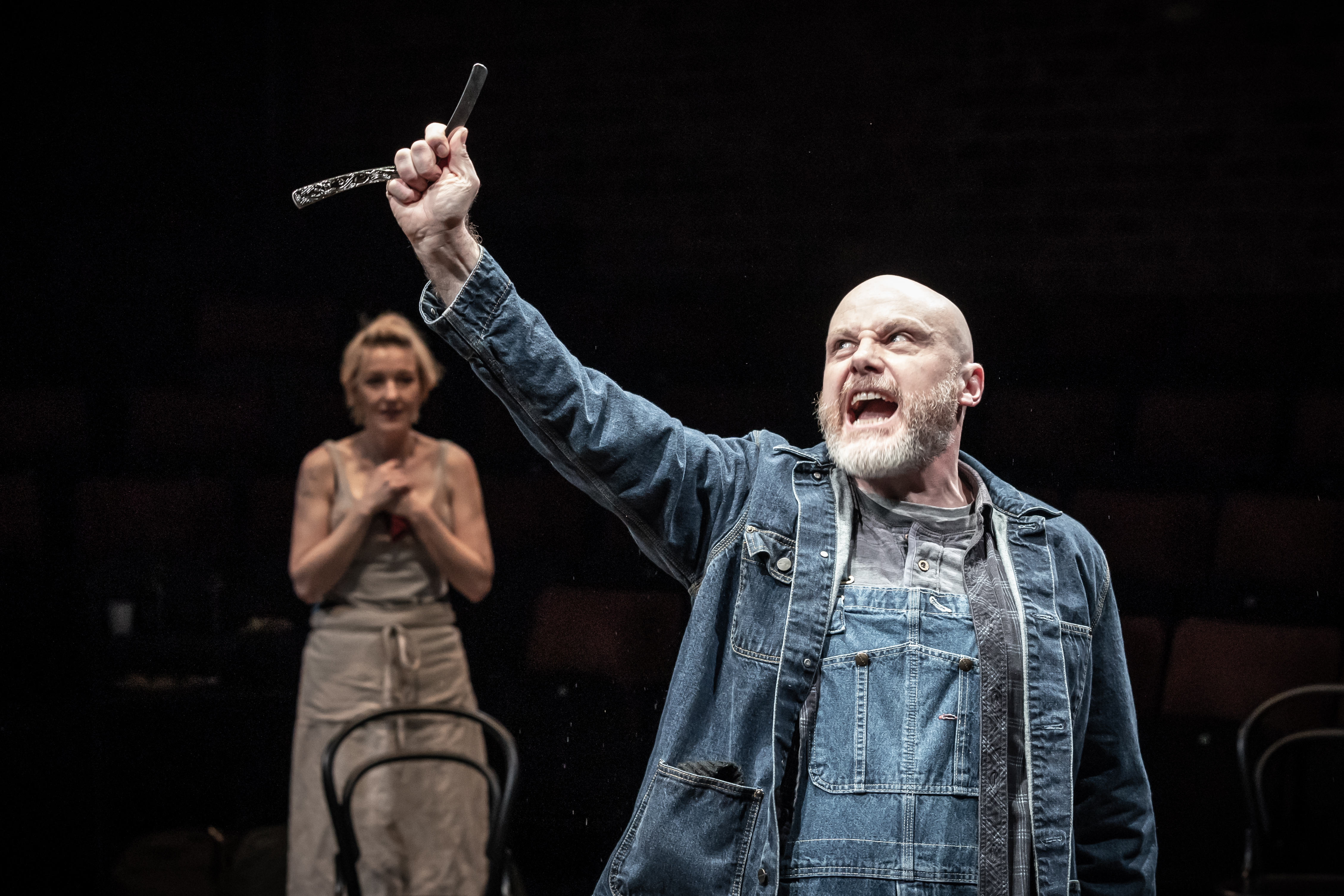