As it’s the season of goodwill, and it’s been an incredibly testing year to say the least, we’re bringing back the annual Northern Soul End Of Year Quiz. Is your Northern knowledge up to scratch? No prizes, just a lovely feeling of smugness when you get them all right (answers are at the bottom…). 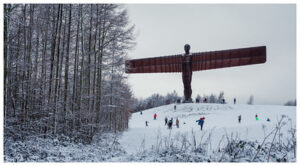