July has flown by in a flash and the World Cup is already something of a distant memory. In this month’s sports column, Margaret Brecknell takes a look at what’s coming up in August as well as reliving some of the best sporting stories from the North during July.

Kieran Trippier from Bury became a star on the global stage after his performances as right-back for England during the World Cup in Russia. As well as excelling in defence, Trippier set up numerous chances from set pieces for England’s forwards. He capped it all with a fine personal goal in England’s 3-1 semi-final defeat to Croatia, joining Sir Bobby Charlton and Gary Lineker as the only Englishmen to score in a World Cup semi-final.

Southport’s Tommy Fleetwood failed in his bid to win the recent British Open at Carnoustie. When he shot a 6 under par score of 65 in the second round, he looked on course to win his first major, but was unable to sustain his challenge over the final two rounds. In the end he finished in 12th place, five shots off the winner, Italian Francesco Molinari. 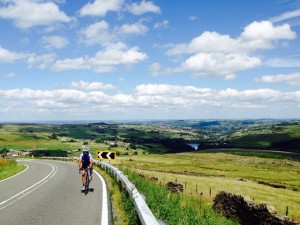 Adam Yates struggled to make an early impact as he sought to mount a challenge for Tour de France glory. However, the Bury man had a first ever stage victory in his sights during Stage 16. Sadly it was not to be, as he lost control at a left bend during a steep descent and fell off, but quickly jumped back on his bike and finished in third position for that stage.

Two North Yorkshire cricketers may have set a new world record for the highest partnership in a 20-over game. During a recent local league match for Carlton Towers Cricket Club, opening batsmen Mark Holmes and Tom Collins shared a massive 340-run partnership, with neither player losing his wicket.

Young Manchester sailor, Nicola Stockdale, was presented with the first ever Panerai Challenger Trophy at an awards event in Cowes. The award has been created to recognise a young person who through sailing has overcome adversity to achieve a personal triumph.  Eighteen-year-old Nicola (pictured in the main image with the trophy alongside the other finalists) sails at the Debdale Outdoor Centre.

COMING UP IN AUGUST

The Women’s British Open Championship will be held at Royal Lytham Golf Club from August 2-5, with all of the world’s top 10 ranked women golfers expected to be there. It will be interesting to see how Stockport’s Bronte Law fares. The 24-year-old only turned professional last year, but is now based in the US and achieved a top 20 finish in June’s Women PGA Championships held in Chicago.

Anyika Onuora is set to make a record-equalling fifth appearance for the British team at the European Athletics Championship in Berlin. The longevity of the Liverpool Harriers sprinter’s career is quite remarkable bearing in mind she nearly died from malaria in October 2015. She fought her way back to full fitness and only ten months later won a bronze medal at the Rio Olympics with the GB 4x400m relay squad. 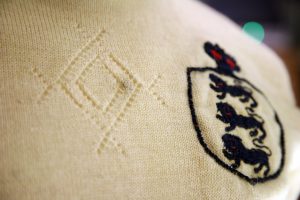 The sport’s showpiece event, the Challenge Cup Final, will be held at Wembley on August 25. The finalists will be decided on August 5 when both semi-finals will be played at the Macron Stadium near Bolton. St Helens will play Catalans Dragons at 12.30pm before Warrington Wolves take on Leeds Rhinos at 2.45pm.

To some it may feel like it has never been away, but the new EFL season kicks off on Saturday August 4 and one week later for the Premier League.

And one for next year’s diary….

It has been confirmed that Headingley and Old Trafford will host the 3rd and 4th Ashes Test Matches respectively next summer. Tickets are expected to sell out fast so cricket fans wanting to attend these games are advised to pre-register for the public ticket ballot now.