Theatre Review: A Taste of Honey, The Lowry, Salford

Down the decades, Salford has had a tempestuous relationship with its playwright progeny Shelagh Delaney.

When A Taste of Honey first caused a stir on the London stage in the late 1950s, some Salfordians felt that the play, about a local ‘semi-whore’ and her single-mother daughter living in squalor, wasn’t quite projecting the civic image they were after. Thankfully, the city has since learnt to embrace Delaney and her legacy, and now a new touring National Theatre production of her most famous work makes its début at The Lowry, all of two miles from the house in which she wrote it.

For those more familiar with the 1961 film version, this production, directed by Bijan Sheibani, does well to demonstrate how much more confined the original play is, as well as its pronounced morbid streak. The staging is simple but effective and comes complete with musical accompaniment by a live jazz trio. That’s a bold move, but for the most part it works. There is a precedent for this, too. The score for the film brought out the nursery rhyme element in the play, but the original Theatre Workshop stage production went for jazz instead. 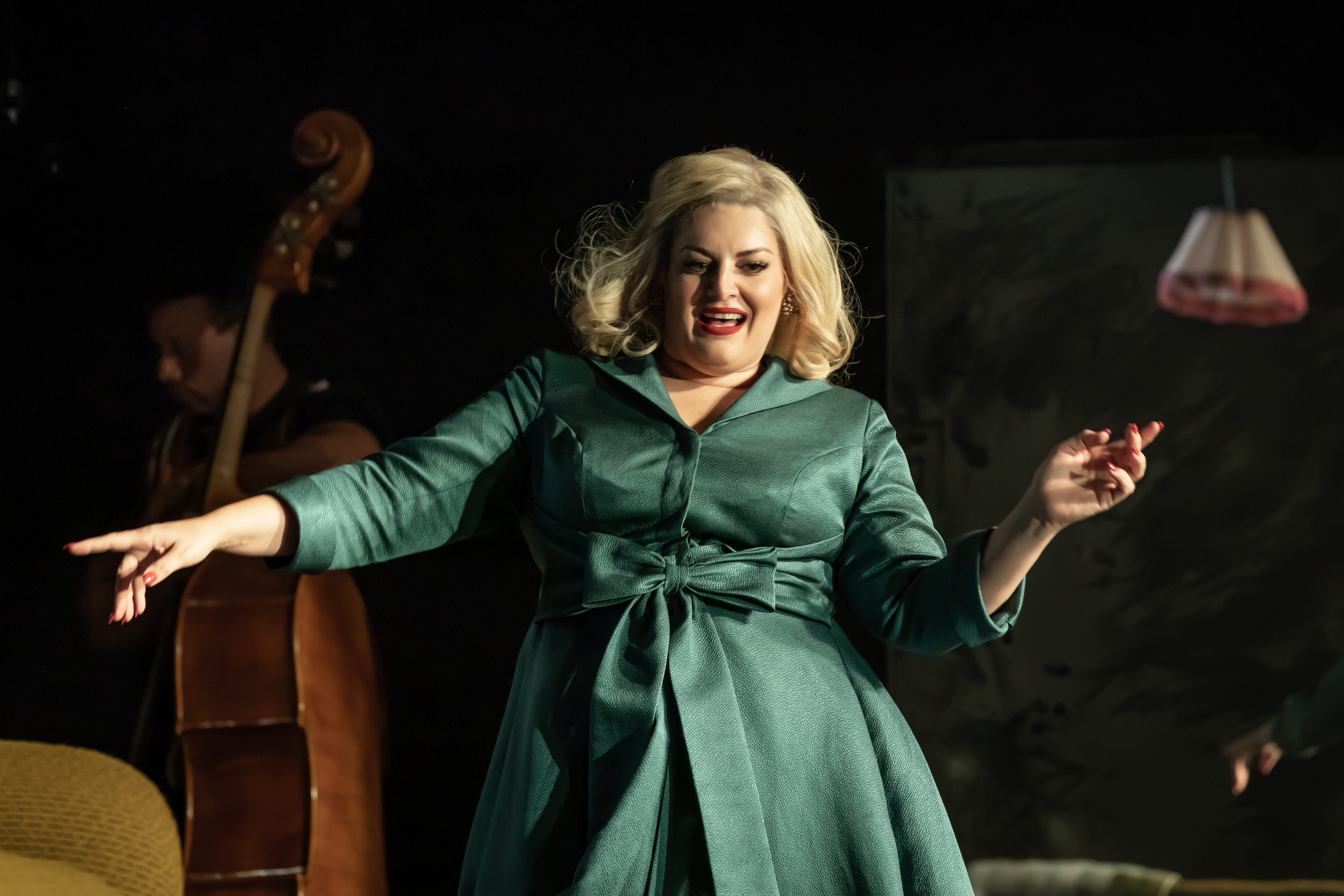 It’s not too much of a stretch to say that the play hinges on Delaney’s dialogue. As her later work often showed up, she certainly wasn’t a fervent narrative plotter. Her riffing, rhythmic dialogue has a jazzy feel, so the music here feels fitting, though it can lean more towards Radio 1 Live Lounge than John Coltrane. It’s also used a little too much. Characters are wont to break out into scraps of unscripted smoky wine bar standards, and while this does open up the play by hinting at dreams and inner lives, Dennis Potter-style, it feels haphazard and it’s largely abandoned by the second half. Besides, it’s likely that A Taste of Honey thrives best in an atmosphere of claustrophobic intimacy and doesn’t reward being opened up too much (ultimately, the Lowry’s grand Lyric Theatre might not be the ideal place for it in this respect either.)

The cast is a slightly mixed bag. As Helen’s bullying suitor Peter, Tom Varey is rather too toothless whereas Stuart Thompson makes for an engaging Geoffrey, though he’s lumbered with signalling his character’s sexuality by singing a few clunky lines from Mad About the Boy. Gemma Dobson captures a lot of Jo’s spiky antagonism but could do with bringing out even more of her brittle vulnerability. 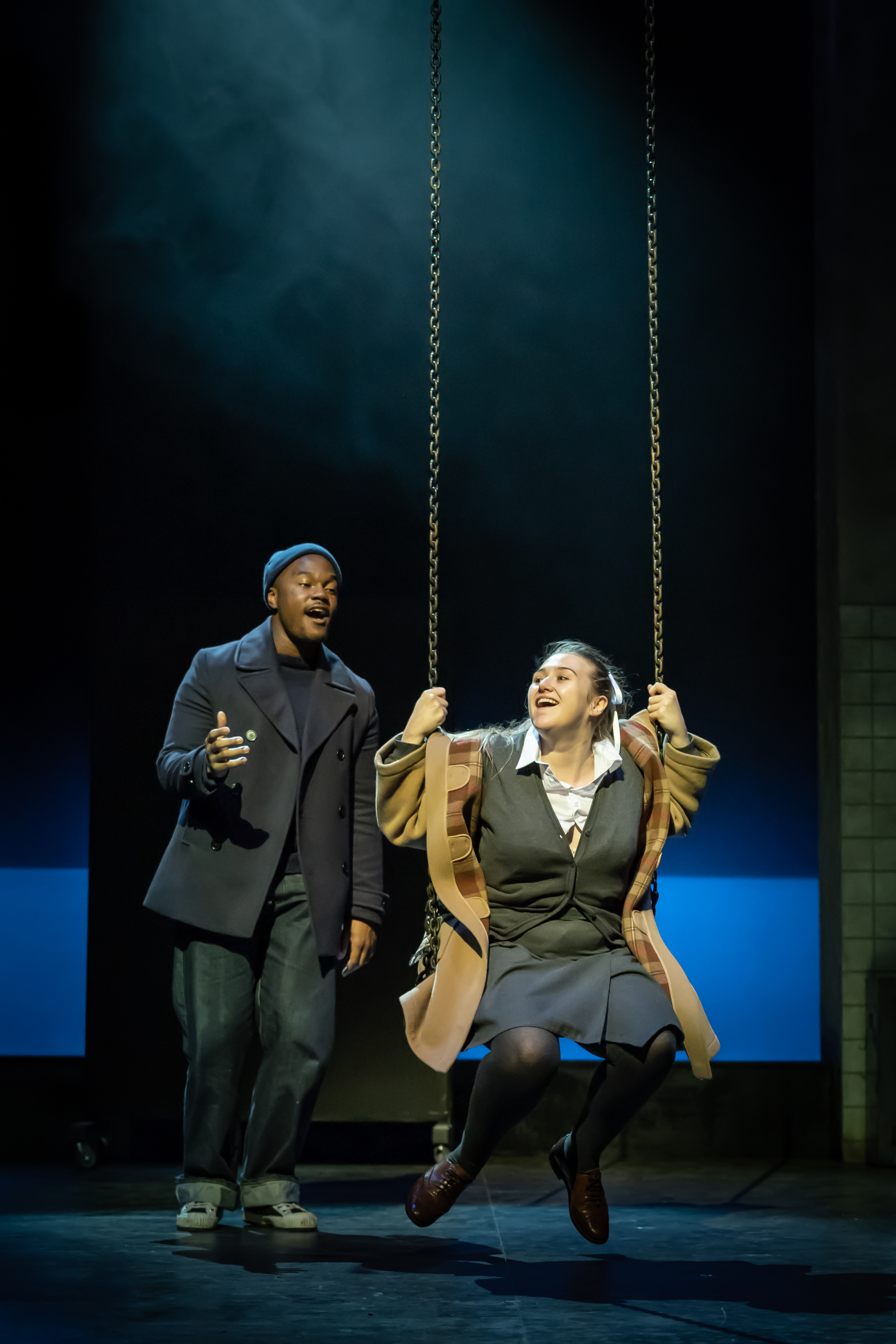 The real star here is Jodie Prenger as the wayward Helen. As a character, Helen is multi-faceted – or to put it another way, two-faced – and Prenger conveys all her dodgy swagger laced with flashes of doubt and regret. She lights up the stage while she’s on it. For a while you’ll forget all about Dora Bryan, and that’s really saying something.

All told this is a very decent, capable revival of Delaney’s celebrated work. On this showing, A Taste of Honey still stands up, though now a fascinating, evocative time capsule rather than an eye-opening window on the modern world.

The current National Theatre production of A Taste of Honey is touring the UK until November 16, 2019.