As a child of the late 1970s, I grew up listening to disco tunes and developed a love for the Bee Gees’ music from an early age.

So, having watched the film Saturday Night Fever more times than I care to remember, I was delighted to attend the premiere at the Palace Theatre in Manchester. The 1998 jukebox musical did not disappoint and was a fitting tribute to the 1977 film, which has been adapted for the stage by Robert Stigwood in collaboration with Bill Oakes.

From the moment the curtain went up, the stellar cast had me captivated and dancing in my seat, providing the instant pick-up I needed on a Tuesday evening. The show features a cracking cast and musical ensemble but all eyes are on Italian-American Tony Manero (Jack Wilcox) who has a passion for dancing (and was certainly a hit with the audience) and spends his weekends down the local Brooklyn discotheque looking for escapism from his dead-end job and family strains. Wilcox is as captivating as John Travolta was in the film, with a mesmerising stage presence as he shows off his amazing dance skills and gyrates on the LED, mirrored dance floor to all the top hits by the Bee Gees.

Rebekah Bryant (as Stephanie Mangano) is a dreamy performer (both dancing and singing) and is perfectly cast along with Wilcox. You can’t help having your heartstrings pulled as their relationship develops and overcomes life’s many obstacles.

All the songs are performed live by Bee Gees look and sound-alikes (Aj Jenks, Oliver Thomson and Drew Ferry) who belt out top hits including Stayin’ Alive, How Deep Is Your Love, Night Fever, Tragedy and More Than a Woman, as well as 70s favourites Boogie Shoes and Disco Inferno. The dancing throughout the show is equally as amazing as the singing and a range of different dance styles are demonstrated throughout the show, including ‘disco’, the most famous of all. Meanwhile, Harry Goodson-Bevan is outstanding as Bobby C and leads us into a darker side of the musical as we witness his struggles with everyday life.

This show will leave you singing Bee Gees tunes all the way home. A perfect disco musical to stir your soul and make you want to reach for your dancing shoes. 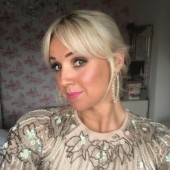