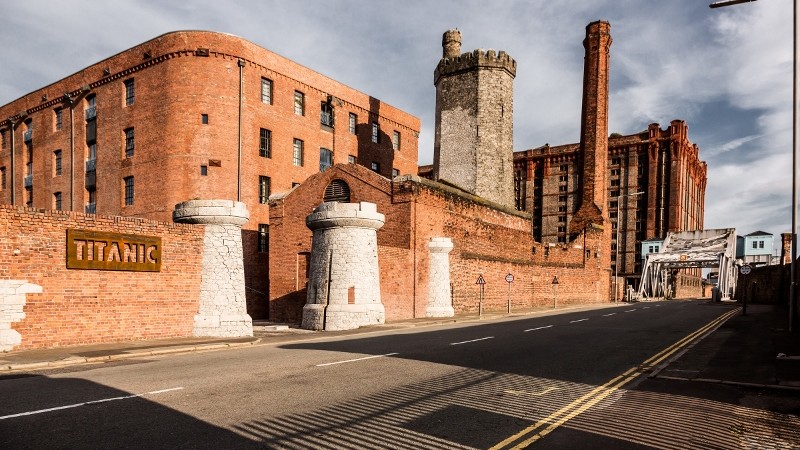 Driving through the deserted dockyards of Liverpool you could be forgiven for thinking that the taxi driver was taking the long route.

At some point there must be pockets of activity happening here and there (adverts for canoeing and kayaking abound) but other than that it is empty warehouse followed by empty warehouse. But then you come to an unassuming entrance and turn into an attractive courtyard marked only by a simple Titanic sign.

The phrase ‘hidden gem’ is much overused but it really does fit the bill in this case. Entering the building, you are greeted by a small reception manned by incredibly friendly and helpful staff. Behind this is a vast bar but the acoustics are such that it doesn’t feel overpowering. Outside on the terrace, tables look out over a dock and one of the old warehouses I drove by earlier. You can’t help but think how busy and buzzing the area must have been when it was a fully working dockyard. The massive development potential also springs to mind. 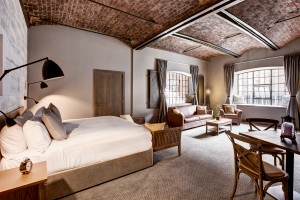 The hotel itself is housed in a Grade II listed 19th Century former rum warehouse which underwent a recent £36 million renovation to create the 153-room property. It also boasts a 1,400 sq metre ballroom and function suite next door, and is a short taxi ride from Liverpool city centre.

Eager to get to my room, I walk down a surprisingly badly-lit corridor which leaves most doors in semi-darkness. Thankfully, the room is huge with a king-size bed to the side and steps leading up to a living area with sofa, chair, coffee table, desk and dressing table housing the TV and coffee machine. There are also the usual accessories of kettle and hairdryer. The décor is the right side of stripped back with a red brick ceiling, exposed pipework and grey walls. In addition, the Titanic theme is there in the artwork but this isn’t overboard (pun intended).

The bathroom is the kind you would sacrifice your spare room for: huge bath, twin sinks as well as a fantastically ferocious and invigorating monsoon shower. 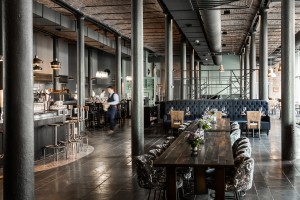 Like the rest of the hotel, the restaurant has a view of the dock. The food is fantastic. My starter of pâté was delicious, as was the retro but incredibly pleasing chicken kiev and mashed potato. It was so good I didn’t have room for dessert which is a rare occurrence.

My only criticism of the restaurant is this: the smelly open grill filled the room with a smog that lingered on my clothes long after the meal.

The staff in both the restaurant and the bar were refreshingly down-to-earth and ready with recommendations and banter, although there were many ‘is it just you?’ comments which some less confident lone travellers might find off-putting. A special mention must go to Dhakshi on reception who was fantastic after yours truly left an iPod and hard drive in the safe; it arrived at my desk less than 24 hours later.

Breakfast was the standard offering of hot and cold buffet which felt a little flat after the evening meal. But again the staff were on hand to make the experience enjoyable, including the chef who was keen everyone had a pleasant stay. 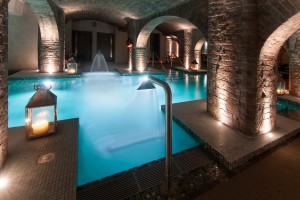 With an impressive selection of facilities including gym, hydrotherapy pool, ‘experience’ showers, sauna, steam room and treatment rooms, the spa is a huge selling point for the hotel. Although the prospect of having to pay for the privilege even as a hotel guest could be a concern.

Overall I would definitely recommend the Titanic for a relaxing leisure stay and as a base to explore everything Liverpool has to offer.