Upskirting: why isn’t it a sexual offence?

Emma Yates-Badley June 4, 2018 It's Not Grim Up North, Northern Soul writes... Comments Off on Upskirting: why isn’t it a sexual offence? 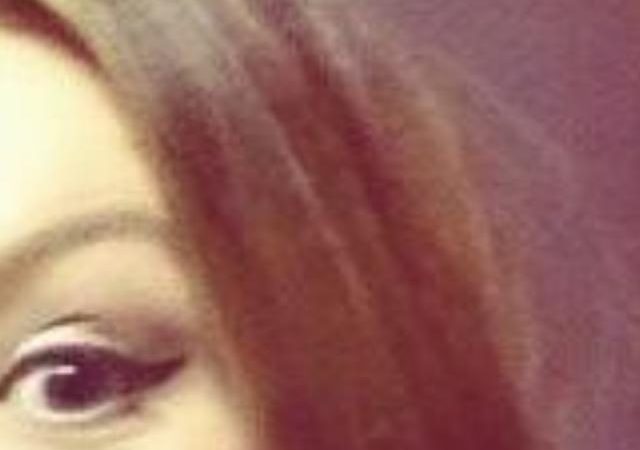 A young woman waits at the bus stop. The weather is warm and she’s wearing her favourite floral dress. A man sits too close to her and she instantly feels uncomfortable. He’s aiming his mobile in her direction, holding it at an odd angle. When she realises what he’s done, she feels sick. She confronts him, asks that he delete the images, but he just laughs and begins to touch himself. A passer-by notices that she’s upset and stops to help, but the man flees the scene. The woman reports the incident to the police but nothing can be done – in the eyes of the law no crime has taken place. The woman never goes back to the bus stop despite it being the easiest route to her college.

This woman is a victim of ‘upskirting’, also dubbed ‘the creepshot’. According to Safeline, ‘upskirting’ refers to ‘the act of taking a photograph of underneath [a person’s] skirt without permission’. The offence is alarmingly common and usually takes place in public spaces.

We can’t pretend this is a new phenomenon. For female celebrities, this has been their reality for many years owing to the rise of celebrity culture and ruthless paparazzi. We live in a bizarre world where celebrities – particularly famous women – are treated as commodities rather than human beings and so these images are normalised. The resulting images are also worth big bucks.

But just think about it for a moment. These women are often young, awfully young, and they have to deal with cameras aimed up their skirts, down their tops and who knows where else, because of their job. How is that fair? People may well argue that such events come with the territory of fame but that’s a poor excuse for being compliant to exploitation.

Back in 2016, actress Emma Watson spoke out about the treatment she has been subjected to by the paparazzi and an incident that took place on her 18th birthday. She said: “I came out of my 18th birthday party and photographers laid down on the pavement and took photographs up my skirt, which were then published on the front of the English tabloids the next morning.” If these images had been published just 24 hours earlier, they would have been illegal but “because I had turned 18 they were legal”.

Don’t even type Emma Watson and upskirting into Google. Don’t do it.

Because that’s what they are: violations.

Upskirting also raises critical questions about the notion of body autonomy. Who owns the rights to female bodies? We’re led to believe that women do and yet…most days the internet infuriates me to the point of renouncing the digital age and hot-footing it into the wilderness. Why so much rage? Let’s take today. I spent the best part of a sunny Friday afternoon researching and trying to get my head around why upskirting is yet to be deemed a sexual offence in the UK.

One woman, a teacher, was a victim of upskirting by her male students. Now she questions the appropriateness of her attire and has lost all trust in her students and the school environment which failed to protect her. Why has nothing been done? In Scotland, upskirting is already a sexual offence but, in England and Wales, if you catch someone in the act and report it to the police, the victim can request that the images are deleted (if you can locate the perpetrator, that is) but further prosecution is not available.

Only 11 charges related to upskirting have been made since 2015. One of these is reported to be a ten-year-old girl. Ten. This isn’t because upskirting doesn’t happen, or because incidents are not reported. It’s because evidence is deemed ‘insufficient’.

Often, if any charges are made, they can only be pursued under the legislation governing Outraging Public Decency – committing an act of a lewd, obscene and disgusting nature, which is capable of outraging public decency, in a public place where at least two members of the public who were present at the time could have witnessed it. Despite being non-consensual images, they are ‘suggestive’ rather than ‘explicit’, and upskirting is seen as a problematic ‘grey area’.

MP Maria Miller who chairs the Women and Equalities Committee, has said that more must be done to stop this “horrific crime” and the Ministry of Justice is apparently looking seriously into whether this is an offence. 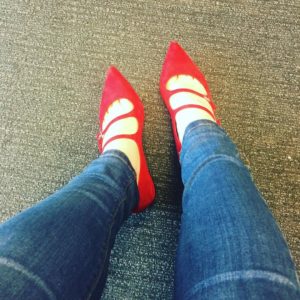 Gina Martin, a victim of upskirting at the British Summer Time Festival back in 2017, is now campaigning for this violation to become a recognised and punishable offence. Her petition on the subject has, to date, has amassed more than 100,000 signatures.

On her Care2 petition page Martin states that she witnessed two men sharing images they’d taken up her skirt without her knowledge. When Martin realised what had happened to her, she went straight to the police. “After looking at the photos, confirming it was me and questioning him, they let us go and we tried to enjoy what was left of The Killers.”

She received a call five days later saying the case was closed and was told by the Met police that “there’s not much we can do” because “it’s not a graphic image”.

Martin is urging people to join her in calling on the Met Police to reopen her case and for people to sign her petition and prompt their local MPs to support a bill currently passing through Parliament for the law to specify clearly that upskirting is a sexual offence, with a victim, and adding this offence to the Sexual Offences Act 2003.

If you still don’t think this upskirting is a sexual crime, with a victim, please take some time to read stories of women who have experienced upskirting first-hand. Women who now feel uncomfortable. Women who remember hearing a camera click. Women who don’t trust their surroundings. Who won’t go back to the scene of the crime. Women who feel laughed at. Violated. Threatened. Women who now second-guess what they’re wearing and what they feel.

This could happen to any of us, and it’s time we put a stop to it.

Tags: Emma Yates-Badley, It's Not Grim Up North, petition, upskirting