What’s on in July: Comedy in Manchester

Marissa Burgess July 1, 2019 Arts, Comedy Comments Off on What’s on in July: Comedy in Manchester 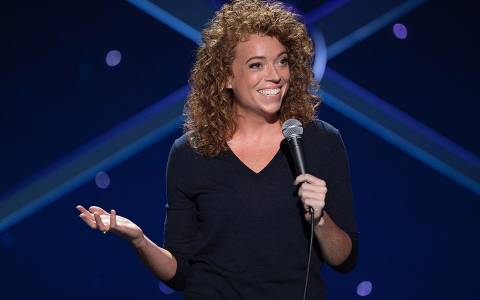 Once again it’s the month that was named after that little known stand up comedian, Julius Cesar. Like Bill Hicks he died early and unexpectedly but wasn’t half as cult a figure.

The sun may be shining but it’s another month of full-on comedy for The Frog and Bucket and The Comedy Store. There’s the usual weekend shows and the Frog’s weekly gong night Beat the Frog but things aren’t slowing down for summer anytime soon.

The Store’s gong show, King Gong is of course monthly and on Sunday 7. But before that the Store have a special visit from Cambridge Footlights who are on their international tour Look Alive, they drop by on Monday 1.

Pro-comedians will be testing out their New Stuff on Sundays 14 and 28 with the delightful Toby Hadoke at the helm. Then Alex Boardman introduces his favourite of the new acts on the scene in New Comedians on Sunday 21.

At the Frog, the kids get to listen to The Extraordinary Time Travelling Adventures of Baron Munchausen on Saturday 6. Then later in the day the not kid friendly Nigel Lovell’s Mocking a Murderer, which is also running on Sunday 7th.

The following Sunday 14th, the formidable Aussie John Robertson brings both his adult and family friendly version of his interactive video game live show The Dark Room. On Saturday 20th, Gabby Killick returns with her sequel show Girlfriend from Hell – The Bitch Is Back and on Sunday 21st, there is a whirlwind day of Edinburgh Previews back to back, with the likes of Susan Murray, Keith Carter, Josh Pugh and Jenny Collier.

Then, on Wednesday 24th, The Funny Women Award Semi Final drops by to narrow down the list of finalists.

This Australian musical comedian has been making many giggle at the Edinburgh Fringe and around his adopted London and beyond. Here he makes a rare trip to Manchester for the Greater Manchester Fringe with his latest show Touché Busé. Expect music, song and a huge amount of cheeky comedy.

Edinburgh Preview season is at XS too. On Tuesday 2 it’s Sarah Kendall and Tony Law, Tuesday 9 sees John Luke Roberts and Lucy Pearman, on 16 it’s Catherine Bohart plus another to be announced, the 23rd sees Laura Davis and Adam Hess visit then at the end of the month and just before the Fringe starts on 30th Peter Fleming and Gaby Best have a last run-through.

Originally in Manchester – see below for the name if you can’t work it out… A cosy room where you get to see the acts and the lovely crazies up close. Including the legend that is Dave Turquoise, at the helm since about 1905.

Formerly the Worst Comedy Night in Manchester, see above, this is where it started for many an act, not least Alan Carr. Head along for a combo of more established acts testing out new stuff and nervous newbies.

The Liverpool based comedy club continues its residency at the esoteric surroundings of Theatre Impossible. Chester comic Danny McLoughlin introduces the likes of Bethany Black, Alex Boardman and John Lynn.

There was a time that Paul Foot’s brilliantly idiosyncratic style would spectacularly split a room. He’s better known these days so that doesn’t tend to happen anymore – it was always fun to watch the bemusement or others in the crowd. It wouldn’t have happened here anyway as Group Therapy audiences are wide open to comedic innovation. Grab your tickets quick.

At Rob Riley’s twin gigs there are Edinburgh previews aplenty. Alun Cochrane showcases Brave New Alun at both gigs then Paul Sinha’s Hazy Little Thing Called Love is at Didsbury and Troy Hawke Tiles of the Unexpected! at the Heatons.

An Edinburgh preview double header from Trapdoor’s Svengali Tony Basnett with his debut Edinburgh show 28 about the worst year in his life so far. He’ll be joined by  Rob Mulholland with whole new hour of material with which he’s headed north.

Le Navat Bete, creators of shows such as Dracula: The Bloody Truth and Dick Tracy this time take on Alexandre Dumas’ The Three Musketeers. 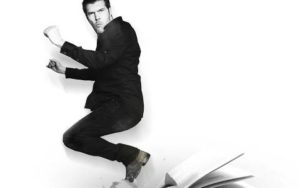 Performing since he was 15, Wolf later ended up single-handedly raising three toddlers. After telling this particular story numerous TV writing credits ensued. Check him out.

Davies waited until 27 to grow up, everyone agreed it was About Time. The Liverpool comedian shares her journey of self-discovery in her debut solo show.

After a crappy few years everyone’s favourite irritated Welshman was feeling a bit blue. But then he met a guy called John and decided to adopt his philosophy.

Another Lowry run out for the hugely popular live version of Craig Cash and Phil Mealey’s understated northern pub comedy. Cash and Mealey star alongside many of the original cast. A gem of a show. 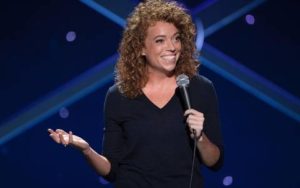 She came to everyone’s attention when she irritated the Republicans and got under Trump’s neon orange skin when she performed at the White House Correspondents dinner in 2018. But Wolf had already been sharpening her teeth as a writer on Late Night with Seth Meyers and her own show in Edinburgh in 2016. Catch her latest diatribe against the state of the world.

The fast up and coming talent of Louise Young headlines this wonderful LGBTQ+ gig in the gay village. Scarlet Sohandsome dazzles as hostess and there is a full line up in support too.