What is the City but the People? Manchester International Festival 2017

Emma Yates-Badley March 17, 2017 Arts, It's Not Grim Up North, Northern Soul writes... Comments Off on What is the City but the People? Manchester International Festival 2017

Google maps does not recognise Mayfield. According to the internet, the abandoned railway depot near Piccadilly station doesn’t exist. As we congregate on a gravel path, surrounded by the kind of fence that hems in building sites, a steward passes out party blowers and informs us that the trigger word is ‘party’. Not quite what I was expecting for the launch of Manchester International Festival 2017, but then that’s a good thing.

Things inside are just as strange, and the advice of ‘wear something warm and a pair of sturdy shoes’ included in the press release begins to make sense as we wander through dank, concrete rooms. This might just be the zombie apocalypse.

I’m invited to select a party bag. “Take what you think you might need,” a man in a Hi-Viz jacket suggests ominously. I circle the stand and stuff items into a little silver tin, the words ‘Party Skills for the End of the World’ curiously tacked to the lid. Rizla, condoms, paperclips, elastic bands, hooks, Haribo. All the essentials. 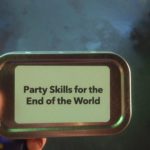 Founded ten years ago to promote the city as a global cultural hub, the biennial festival often boasts high-profile names, but there’s been a shift in focus this year. Celebs are still included – Arcade Fire and New Order to name a few – but the attention is, quite rightly, more focused on the city of Manchester as a dynamic participant in a global arts community.

In previous years the festival has faced significant criticism for not reflecting, or not including, local arts organisations and communities. Now, with John McGrath in charge, the former head of National Theatre Wales and Contact Theatre (who has assumed the mantle of MIF from Alex Poots), a change in direction is not only expected, but welcome and notable in the 2017 teasers earlier this year. Not leading with the big guns feels more inclusive. 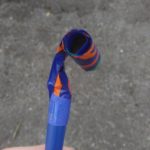 When McGrath was announced as Poots’ replacement back in 2015, he cited Manchester as a city which regards arts and culture more highly than many other places. In keeping with this sentiment – and perhaps as a nod to the people of Greater Manchester – MIF is kicking off proceedings with a public event in a bid to celebrate diversity and character.

What is the City but the People? is ‘created by the people of Manchester’ and is the brain child of Jeremy Deller. Piccadilly Gardens will be transformed into a runway for individuals from across the city to strut their stuff and show what our fair region has to offer.

Conceived by Karl Hyde and Rick Smith from Underworld, Manchester Street Poem is all about representing the streets of the North. Coming from a slightly different angle, the organisers will shine a spotlight on the city’s homeless. Both a performance and an installation, walls will be covered with words and phrases taken from the streets and a recording – or ‘city soundtrack’ – will be played. The project plays with the notion of ‘home’ and seeks to give Manchester’s homeless a voice. 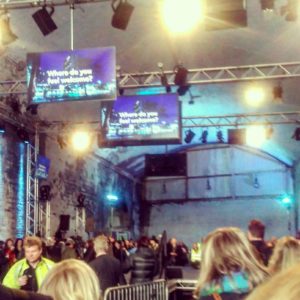 Similarly, the theme of being displaced and striving to be heard is further explored in Fatherland, which is billed as an exploration of identity and masculinity in modern day England, and is inspired by conversations with fathers and sons from the organiser’s home towns. This is an fascinating subject, and one that’s not often discussed.

Urban and public spaces play a huge part in the 2017 programme. From disused railway depots to city streets, the festival will physically engage with the people of Manchester.

Then there’s a large-scale free event by German-Egyptian artist Susan Hefuna called ToGather which will see residents new to Manchester, and from as far afield as Iran and Sierra Leone, trace paths across Whitworth Park. It will also feature dancers from Company Wayne McGregor and is inspired by the experiences of migrants as they walk around their new home towns.

During the launch speech, McGrath invited several participants to talk about their projects including Turner Prize-nominated artist Phil Collins (yes, that’s his real name) who spoke about a multi-media welcoming party for a statue of Friedrich Engels called Ceremony. The project will see performers, musicians and the people of Manchester create a live film to bring MIF17 to a close, mixing footage from the statue’s journey from the former Soviet Union with live coverage of its installation.

Music is a big-player in this year’s line-up. There’s BambinO, an opera for babies (“I am reassured the audience members are encouraged to crawl on the stage,” jokes McGrath) and New Order will take over Stage 1 of Manchester’s iconic Old Granada Studios and rework their famous tunes with a synthesiser ensemble in the world premiere of New Order + Liam Gillick: So it Goes.. (which is the sub-title, as the actual title ∑(No,12k,Lg,17Mif) is impossible to decipher).

Then there’s the brilliant Dark Matter. A series of live events put together by BBC Radio 6 Music’s Mary Anne Hobbs, and due to take place at Gorilla and O2 The Ritz. From Manchester grime crew Levelz, to ‘heaviest band on the planet,’ Sunn O))), there’s bound to be something for everyone. And, of course, there’s the sold-out Arcade Fire gig and something from Leeds collective Bonobo. The lovely Jane Horrocks also makes an appearance in the line-up with her industrial musical drama Cotton Panic! depicting the Cotton Famine of the North. 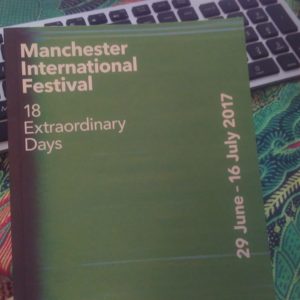 Naturally, there’s also significant focus on international projects and artists. Migration is a recurrent theme throughout the programme. From Home1947, a series of short films by two-time Academy Award-winning filmmaker Sharmeen Obaid-Chinoy reflecting on the experiences of people who left their homes during the Partition of British India in 1947, to the inspiring The Welcoming Party from company Theatre-Rites, which uses puppetry, theatre and dance to explore issues of immigration with young children.

I am most excited about Yael Bertana’s What If Women Ruled the World, which flips the ending of Stanley Kubrick’s Dr. Strangelove, placing women in charge of solving a global emergency. Each night, a professional cast will be joined on stage by a different group of female experts: scientists, politicians, activists and thinkers. Right up my street.

For those on a tight-budget, there’s set to be a host of free celebrations going on in Festival Square from great food and drink to free live music and nightly DJs.

So, will MIF17 bridge the gap between festival and local artists?

I’d like to hope so and, if the launch party is anything to go by, it is at the forefront of McGrath’s mind. He’s well-known for his inclusive projects and certainly seems to be promoting the region, and celebrating its inhabitants with more gusto than perhaps his predecessors have.

Key themes permeating the line-up of events are time, change and the exploration of voices fighting to be heard. It appears that the objections of Manchester’s local art collective haven’t fallen on deaf ears.

Manchester International Festival runs from June 29 to July 16, 2017. Tickets are now on sale.